?Al Sadd manager Xavi Hernández has confirmed that he held talks with Barcelona officials about potentially replacing current boss Ernesto Valverde at the end of the season.

While Barcelona were in Saudi Arabia for the Spanish Super Cup, ?fly over to Qatar to check in on Xavi “I cannot say anything, they were here to talk to me and we discussed many things. Sorry I cannot give any more information,” Xavi said.

“I cannot hide it’s my dream to coach Barcelona, I’ve said it many times in many interviews, everyone knows I support Barcelona from the bottom of my heart. ?AS claim that Barcelona have actually offered Xavi a two-and-a-half year contract to move to Camp Nou and replace Valverde immediately – something which

“There are negotiations between Xavi and Barcelona now and we wish him success wherever he decides to go,” he told Al Kass.

It was initially thought that Barcelona would allow Valverde to see out the remaining six months of his current contract but then simply decline to trigger the automatic one-year extension, but it now appears as though the boss might not make it that far. 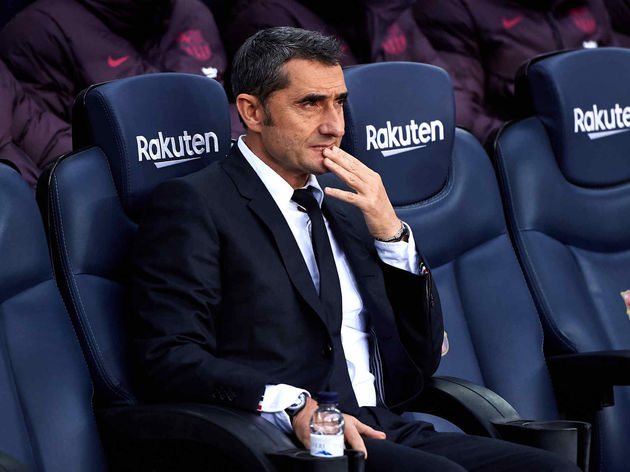 Valverde has long found himself under immense pressure, despite the fact that his side currently sit top of ?La Liga. His success in that competition has rarely been questioned, but it is his struggles in Europe which have prompted doubts about his future.

Barcelona have failed to really challenge for the ?Champions League during Valverde’s time at the club and were utterly humiliated by ?Napoli and ?Liverpool during the last two seasons, and many fans have decided that it is time for a change.