Barcelona legend Xavi has spoken about the possibility of managing his former club, saying that while it isn’t on his list of priorities just now, it’s a role he feels he could step into due to his relationship with much of the squad.

Current ?Barça boss Ernesto Valverde has been under serious pressure since last season’s Champions League capitulation against ?Liverpool, and after a poor start to the current season – their ?defeat to Granada on Saturday marked their second loss of the campaign already – there has been no shortage of speculation over who could replace him in the near future.

The name unanimously touted as a contender is Xavi, who has enjoyed an impressive start to management with Qatari side Al-Sadd. He has been in charge of the Stars League club since ending his playing career with them in May, leading them to three wins from three domestically and an Asian Champions League semi-final place. 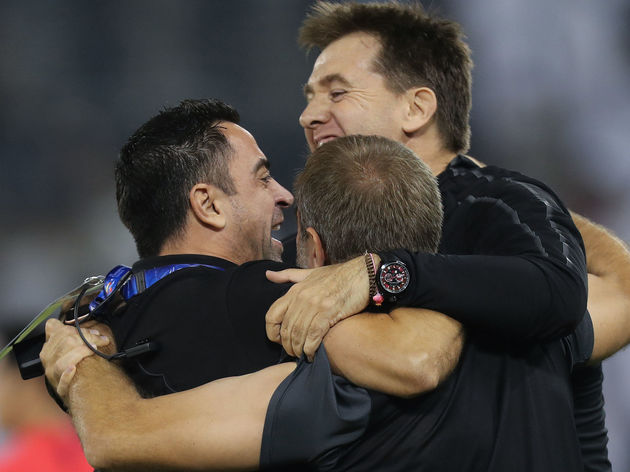 When asked about the possibility of an early return to Catalonia as Barcelona boss, the 39-year-old remained coy on his prospects, saying his focus remains on the job at hand in Western Asia.

He continued: “It wouldn’t be a problem. I know what Messi is like, and Suarez, Busquets, Alba, Pique or Sergi Roberto. “I know how they train, their capacity for leadership, I can tell if they are sad or angry. I hope as a coach I could have three, five, eight or 10 players that I already knew and that I already had a good relationship with.”

Barcelona will have an opportunity to put things right immediately when they face Villarreal at Camp Nou on Tuesday, before a quickfire double-header with Getafe in ?La Liga and Inter in the ?Champions League.