?One of the best thing about the World Cup is that the brightest talents from around the globe all come together to showcase a few weeks of utterly stunning football, and the 2019 Women’s World Cup promises to be no different.

Ballon d’Or winner Ada Hegerberg may not be there, but there are still plenty of other incredible players who will compete for the world’s greatest prize this summer.

Here are ten huge names for you to keep an eye out for in France. In France, there will arguably be no bigger star on show than Marta. The Brazilian is widely regarded as one of the greatest of all time, and she still knows how to strike fear into the hearts of any defender, despite being 33 years old.

Recent results have been nothing short of abysmal for Brazil, who are on a nine-game losing streak heading into the tournament. However, underestimate them – and Marta – at your own risk.

The all-time leading goalscorer at the World Cup will be eyeing a few more before she hangs up her boots, and she will have to get through Australia, Italy and Jamaica to emerge victorious from Group C this summer. As one of the favourites to bring home this summer’s Golden Boot award, all eyes will be on USWNT forward Alex Morgan.

The 29-year-old was huge for the USA as they finished 2018 unbeaten, leading her country’s scoring charts with 18 goals in all competitions. The team is currently first in FIFA’s world rankings, and Morgan has certainly played her part in reaching the summit.

Group F will pit Morgan and the USA against Thailand, Chile and Sweden, and Morgan will be desperate for a strong start to the competition as she looks to add another World Cup to her trophy cabinet. When it comes to pure goal-scorers, there are few better around than Australia’s Sam Kerr. The Chicago Red Stars forward is one of the best in the business, and her third-placed finish in the 2018 Ballon d’Or voting proves it.

Kerr has broken records in both her native Australia and in the USA’s National Women’s Soccer League and, at 25 years old, she has plenty of time to shatter a few more.

This summer, the Matildas will come face to face with Brazil, Italy and Jamaica, in what will certainly be an exciting group. To be a standout performer on such a globally dominant Lyon side is not an easy task, but Lucy Bronze somehow manages to do so.

The versatile full-back made her name in England, before making the jump to Lyon in 2017 after establishing herself? as one of the world’s finest in her position. Since then, she has won consecutive Division 1 Feminine and ?Champions League titles, as her stock continues to grow.

Bronze’s England side will begin their World Cup run in Group D, where they will meet Argentina, Japan and Scotland, and Bronze will be called upon to continue her run of dominant defensive performances this summer. After exploding on to the scene in 2014, Fran Kirby has never looked back. The ?Chelsea forward is a former PFA Women’s Players’ Player of the Year winner, and she has enjoyed plenty of success in recent seasons.

She became the first second-division player to be called up to the senior squad during her time with Reading, and was ?dubbed “mini-Messi” by former manager Mark Sampson after impressing at the 2015 World Cup.

Injury brought her run in the previous tournament to an abrupt end, so expect Kirby to try and make up for lost time when she lines up alongside Bronze in Group D this summer. ?One of France’s most prolific players in history, 30-year-old forward Eugénie Le Sommer shows no signs of slowing down as she continues to dominate with Les Bleues and club side Lyon.

Often operating as either an attacking midfielder or second striker, Le Sommer knows how to wreak havoc on defenders, creating goals for both herself and her teammates with ease. With six Champions League and nine domestic league titles to her name, the France international is one of the game’s most successful talents.

As hosts of the tournament, France will kick off this summer’s action against South Korea in Group A. After that, they will clash with Nigeria and Norway, as they look to steal the show on home soil. Lining up alongside Le Sommer will be Lyon teammate Wendie Renard, who captains both her club and her country. The towering centre-back often stands out on the field, and her ability at the back makes her one of the most feared talents around.

She may be a defender, but she loves making an impact at the other end of the field. Her 6’2″ frame makes her a potent threat from set pieces, and she has used that to net an incredible 102 goals in 342 appearances for Lyon.? Those are the kind of numbers most strikers would be pleased with.

Renard is yet to lift the World Cup, but she will certainly feel capable of leading her side to glory this summer. The Netherlands come into the summer as one of the pre-tournament favourites, and fans will be looking to star forward Lieke Martens to carry them to success.

As a former Best FIFA Women’s Player award winner, Martens is no stranger to success. The 26-year-old, who has starred for ?Barcelona in recent years, was inspirational in the successful Euro 2017 campaign, and Martens will be looking for another impressive summer.

On paper, Group E looks to be one of the most exciting this summer. The Netherlands will face fellow high-flyers Canada, whilst New Zealand and Cameroon will also prove to be incredibly tough tests. 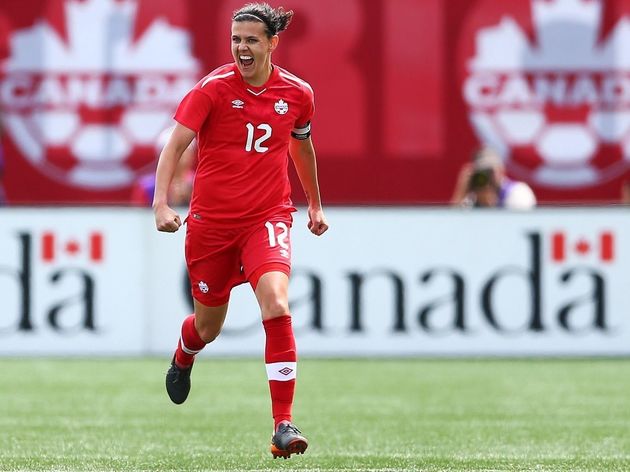 Leading Canada to glory will be the ultimate goal for Christine Sinclair, but her pursuit of the all-time international goalscoring record will certainly be in the back of her mind.

The 35-year-old has struck a stunning 181 goals for Canada throughout her career, which is just three behind former USA international Abby Wambach’s tally of 184. Sinclair is still at the top of her game, whilst her status as the team’s penalty taker will certainly help her chances of making history.

In Canada, she is heralded as an icon, and understandably so. She is just three goals away from becoming the most prolific international footballer, male or female, of all time. 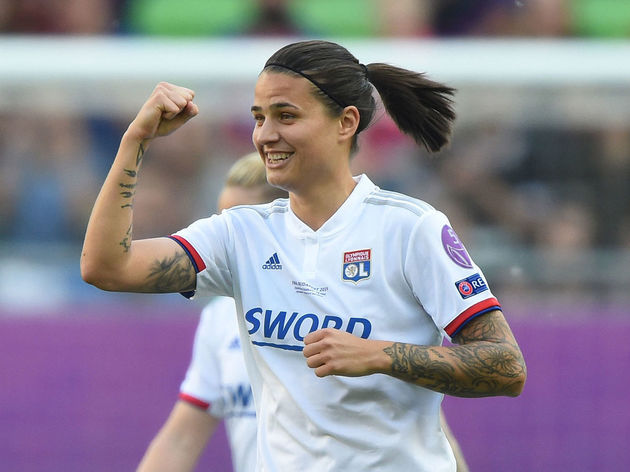 Yet again, we have another member of Lyon’s dominant club side. They have truly put together a stunning group of talented players, and midfielder ?