?All good things come to an end, not least in football, and the era of Barcelona’s golden generation of superstars from their own production line is now drawing to a close.

Lionel Messi and Sergio Busquets are now all that remain of a previously formidable spine of generational talents which had come through the club’s world-famous La Masia academy and, in truth, the club have proved less than inspired in their bid to keep the conveyor belt moving. The departures of Victor Valdes, Carles Puyol, Xavi and Andres Iniesta paved the way for the next generation of young stars to emerge through the talent-laden youth ranks in Catalonia and succeed one generation of superstars with another through their own means.

However, with the club once again ?linked with a move to sign Chelsea forward Willian in the summer, there is arguably no greater example of how far ?Barcelona’s recruitment operations have fallen in recent years.

Whilst the other elite clubs around Europe traditionally scrambled around the transfer market and threw hundreds of millions at landing top talent, Barcelona simply produced their own superstars. However, not since the ?Messi-led generation emerged at Camp Nou have the club truly continued their admirable traditions of unearthing diamonds within their own ranks.

The signings of ?Neymar and ?Luis Suarez in 2013 and 2014 respectively represented a change in direction for Barcelona’s recruitment strategists, as the club began to match the financial outlays of their rivals in order to compete at the highest level.

The two South American superstars proved to be huge successes in Catalonia, but the approach has hardly proved inspired in the following years.

Most take-ons completed in the Europa League this season:

Spot the odd one out. pic.twitter.com/iXFwCORupu

Troubled attempts at replacing Neymar following the Brazilian’s departure to PSG in 2017 have been emblematic of the decline in Barcelona’s dealings.

Huge money has been invested in ?Ousmane Dembele and Philippe Coutinho, with both ultimately tasked with replacing Neymar, and neither have come close to replicating the electric impact of their superstar predecessor.

Then came the signing of Malcom from Bordeaux last summer. After having a £55m bid for ?Willian rejected by ?Chelsea, Barca opted to move for his compatriot in a As Willian’s contract enters its final 12 months, and with the Brazilian set to turn 31 in August, Barca are apparently hoping to snare their man in a ‘cut-price’ deal. There could surely be no clearer indicator of real decline in the Blaugrana’s transfer strategy.

Though the recently completed £65m signing of Ajax starlet Frenkie de Jong proved that Barcelona remain a dream destination for the top young players in Europe, it also proved that they are no longer the leading light in producing such prodigious talent.

Don’t expect a decision from FIFA on Chelsea’s transfer ban appeal today. It takes time for both sides to present their cases & for the Appeals Committee to form its judgement.

FIFA have handled this faster than previous cases though, so Chelsea will hope it won’t drag on #cfc

Not only are they now on the same level as their Madrid counterparts in throwing huge sums at landing the calibre of player which they are no longer able to raise themselves, Barça have stooped to the even greater level of bargain hunting around the continent.

Dembele, Coutinho and Malcom set the club back a combined total of around £314m. 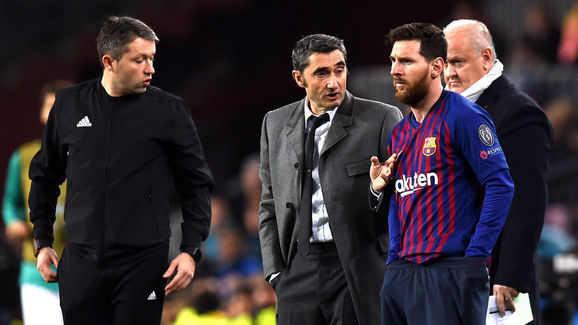 With all three having failed to have the desired impact in Catalonia and their futures at Camp Nou far from certain, an opportunistic swoop for Willian to compensate for their attacking deficiencies represents yet another step backwards for a club that is simply running out of ideas.