?Chelsea forward Willian has rejected the club’s latest contract proposal, and he is said to be considering offers from other Premier League sides.

The Brazilian has featured 36 times in all competitions so far this season for Frank Lampard’s side, but his contract is due to expire at the end of the season.

With the player yet to agree a new deal, he has been linked with a number of teams across Europe. Most notably, Barcelona have long shown an interest in him, and Tottenham have also been keeping tabs on his situation. 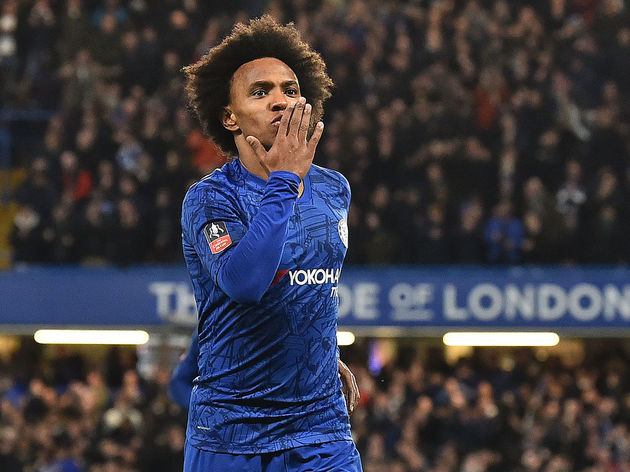 Brazilian outlet UOL (via ?Sport Witness) are now reporting that the Blues have given the 31-year-old a chance to extend his stay in west London by offering him a two-year contract extension. However, the player has turned it down as he is holding out for at least a three-year deal.

As a result, Willian

The report further notes the ‘coincidence’ that Willian has struggled to hold down a starting spot since the January transfer window has closed. In fact, since the close of the winter window, the winger has started just one of the Blues’ four league games.

?Barcelona?Tottenham?as one of the best coaches

It remains to be seen where ?Chelsea’s number ten will be playing his football next season, but with the player rejecting the club’s proposal, clubs will be looking to take advantage.