One key task facing Brazil coach Dunga when returning for his second spell in the role following World Cup 2014 was to reconstruct the side’s midfield.

Brazilian football moved away from the sleek and cerebral passing midfielder many years ago and in recent years the Selecao have struggled to find the balance so vital to the centre of the field.

Dunga has sought to address that largely by searching for multifunctional players since his July 2014 appointment. He has capped 18 different midfielders in his 20 matches in charge so far. 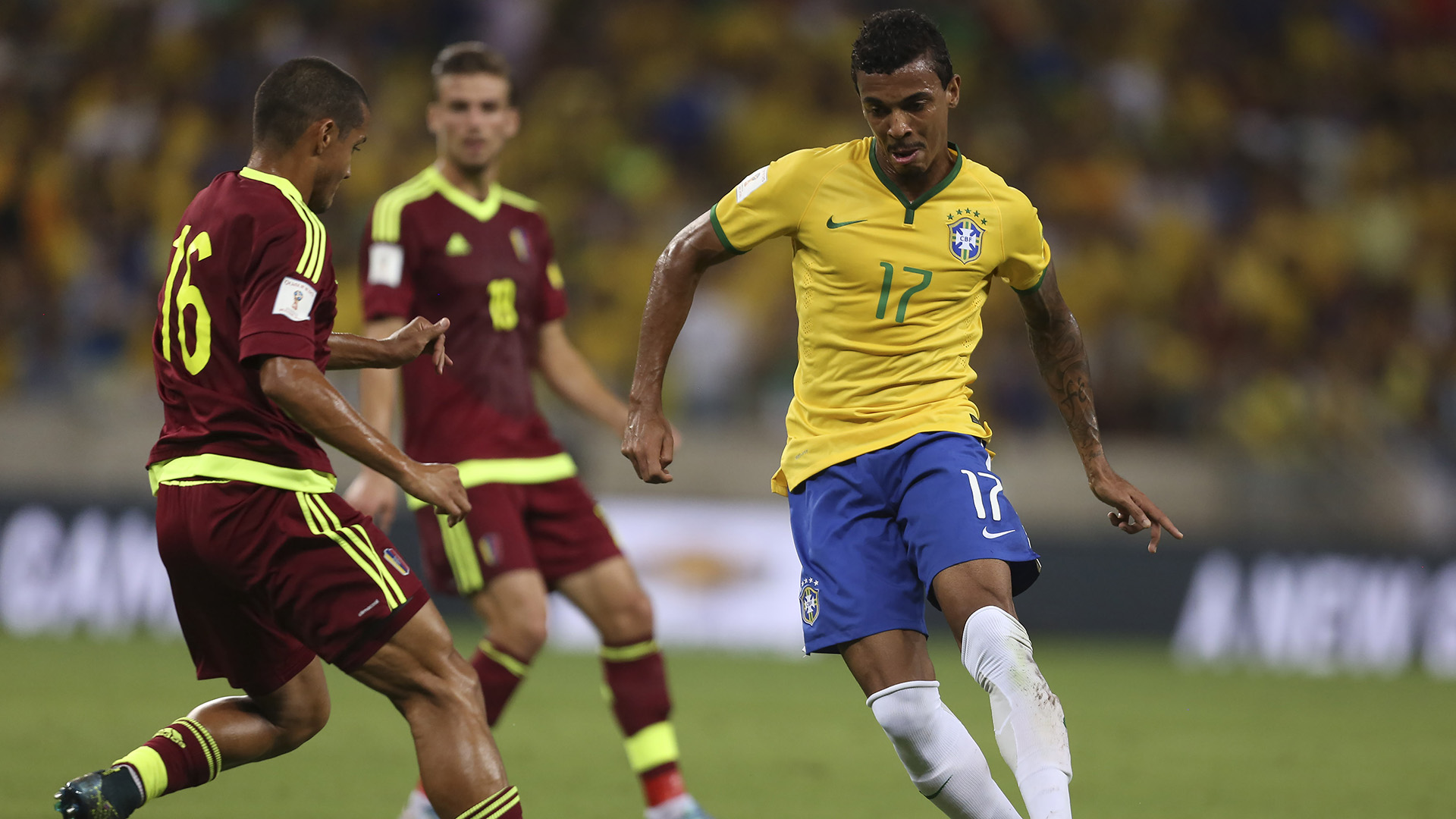 Luiz Gustavo, who missed the Copa America through injury, has remained and is undoubtedly one of Brazil’s most consistent players since breaking into the side at Confederations Cup 2013. The Wolfsburg man plays the vital role of protecting Brazil’s back four, always joined by a partner in Dunga’s double pivot.

That partner is usually Corinthians’ Elias. The 30-year-old has curtailed his desire to make late runs into the box as he does so successfully with his club, but his disciplined sense of positioning and smart, simple passing have turned him into a Dunga favourite. Of all the midfielders used since Dunga’s arrival, only the ever-present Willian has made more appearances than Elias.

Manchester City’s Fernandinho is the next most-used midfielder by Dunga, but just 7 of his 15 appearances have arrived as a starter after Elias won the battle for the role of Luiz Gustavo’s deputy. 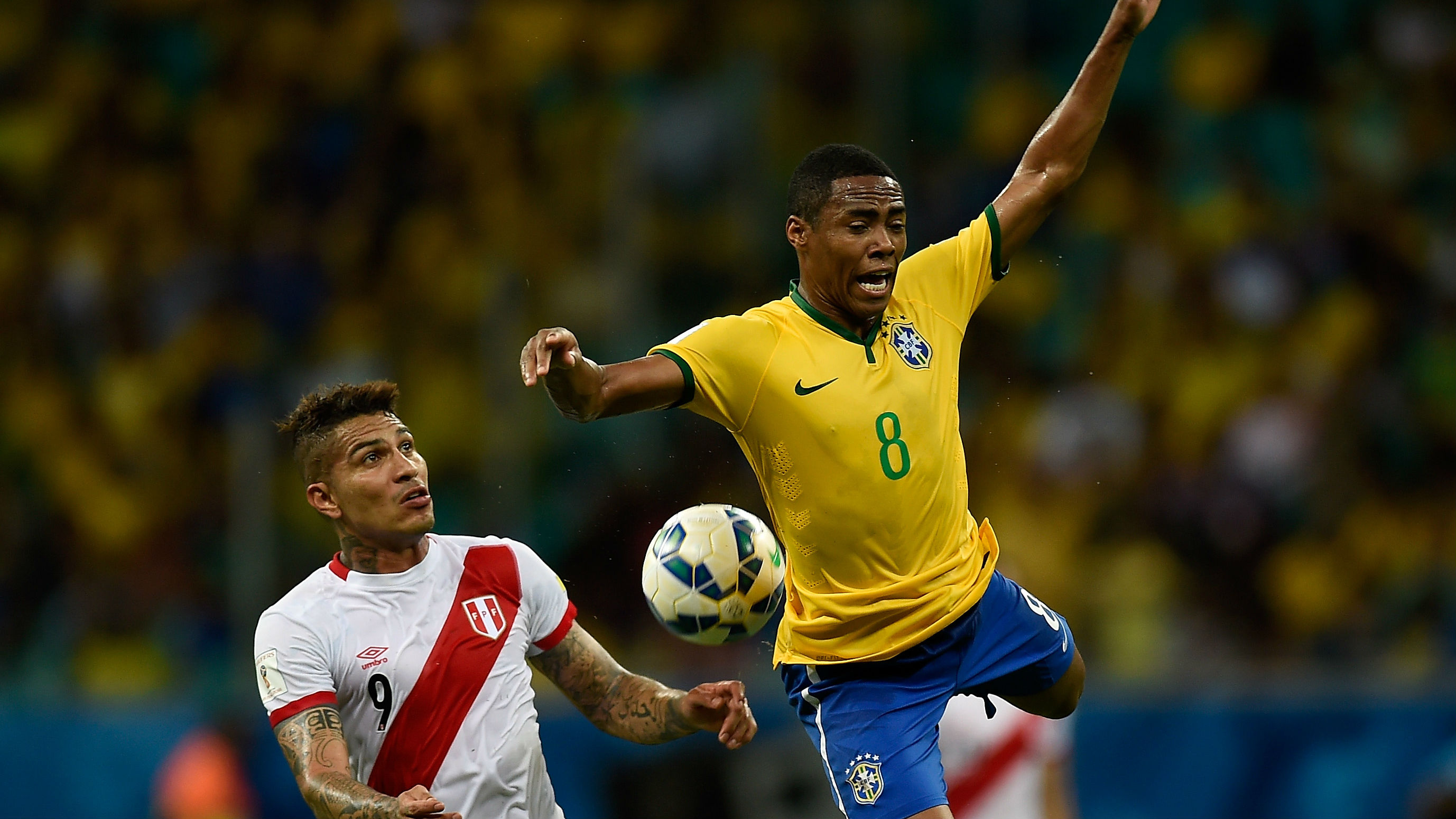 After a sharp dip in form at Chelsea, Ramires was cast aside and his international career appears to have come to an end following his move to China; as does that of Dubai-based Everton Ribeiro.

Liverpool’s Countinho, meanwhile, found himself dropped from the squad after Dunga was left unimpressed by his showings at Copa America. He has returned this month but only because of an injury to Elias. While there is certainly a case to say Coutinho hasn’t been given a fair crack at replicating his club form for the Selecao, he faces stiff competition for the attacking roles where Brazil are most blessed. 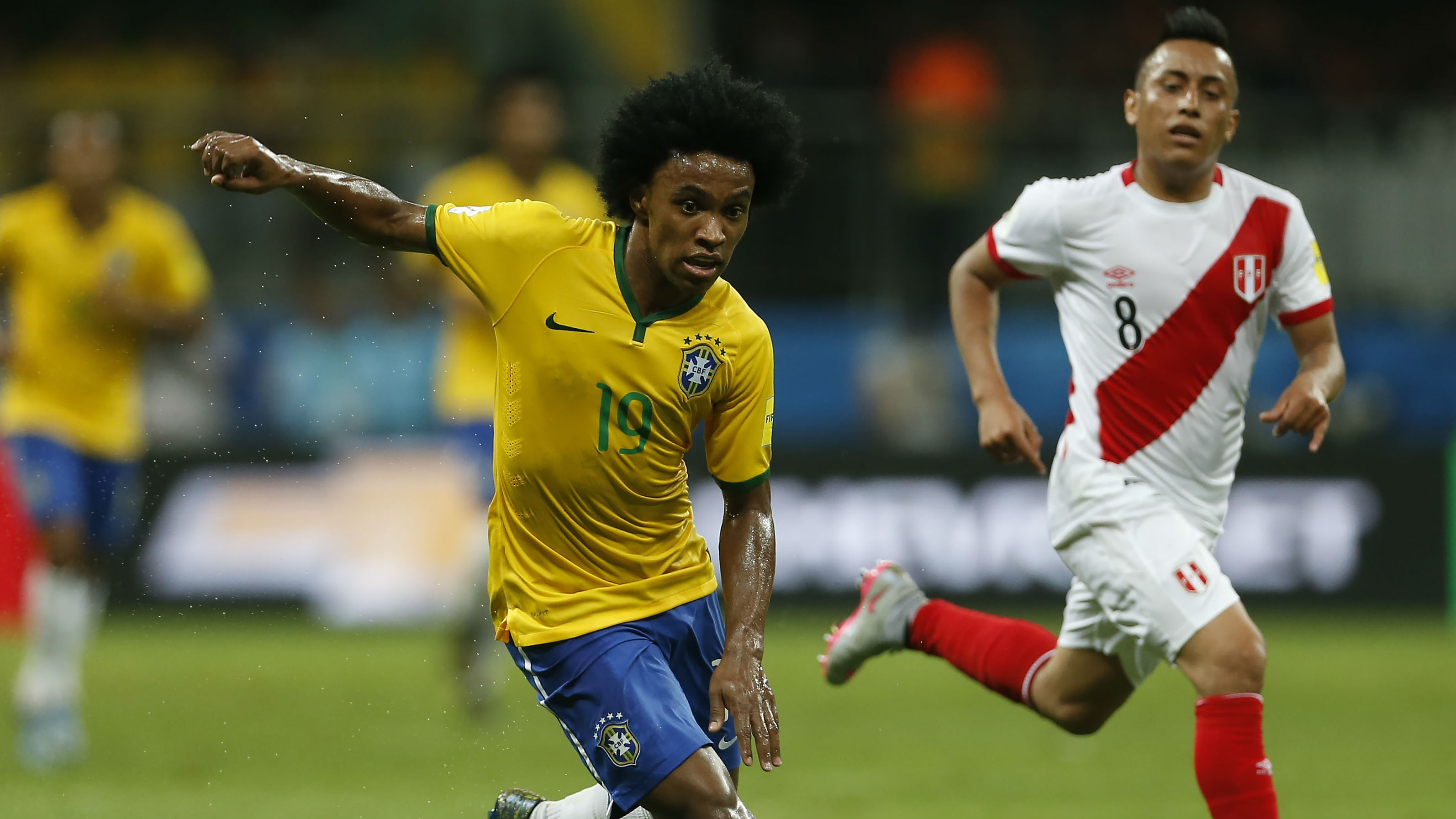 Chelsea’s Oscar was another who missed the Copa America through injury and, though he remains a Dunga favourite, has now lost his place in the first team, originally to Santos playmaker Lucas Lima. A late developer, Lima added the range of passing to a midfield that was criticised for its lack of creativity.

However last time out he was replaced by Renato Augusto, who was roundly lauded for his showing against Peru. The former Corinthians man rolled in Brazil’s second and added a balance and control perhaps previously unseen in Dunga’s midfield three.

Willian is one of just two players to appear in all 20 of Dunga’s games in charge. Arguably Brazil’s best player since World 2014, he has grown into his role and is now taking more responsibility for leading the team’s attacking play. Willian is an undisputed starter, usual on the right. 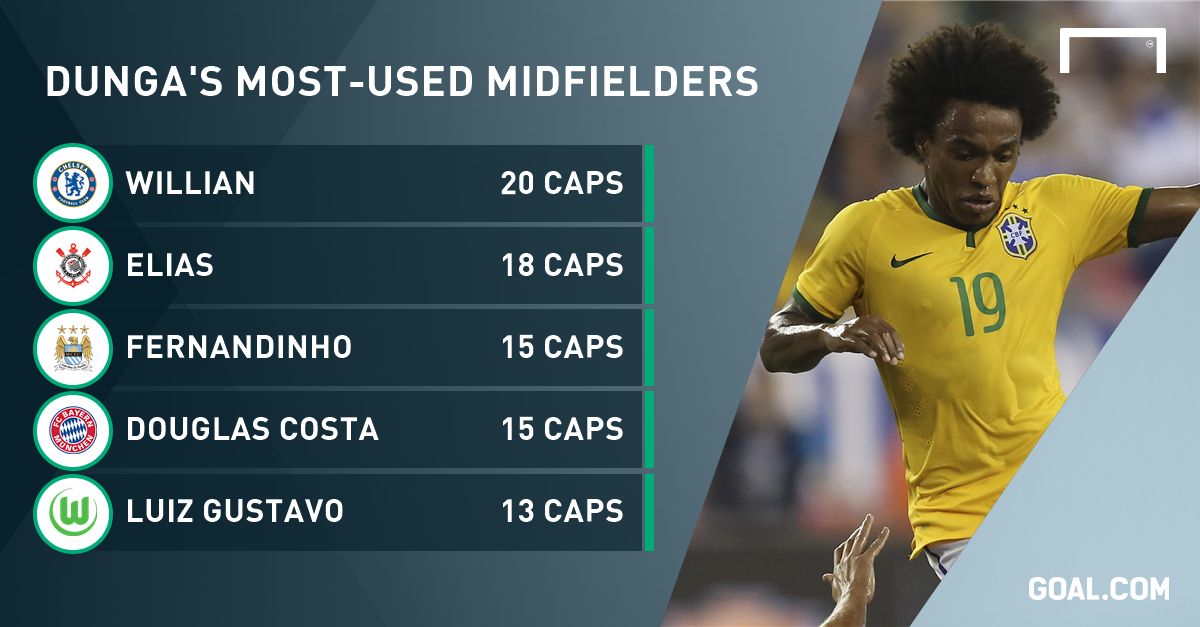 Bayern Munich’s Douglas Costa has established himself a regular more recently, and his presence on the left has seen Dunga shift Neymar into a false no.9 position – a role by which Dunga seemed unconvinced during the victory over Peru, but a ploy he appears set to repeat against Uruguay on Friday.

And so on Brazil’s midfield, shifting between a 4-5-1 and a 4-3-3, is expected to line up: Willian, Fernandinho, Luiz Gustavo, Renato Augusto, Douglas Costa.