The Brazilian forward made no secret of his desire to head to Barcelona once interest was shown, with the 25-year-old going as far as handing in a transfer request.

He was, however, to be blocked from leaving Anfield, with Liverpool snubbing several big-money offers.

“On one side we would have been happy for him if he could have gone as he really wanted to make the move, but on the other side as team-mates you want him to stay because you know with Phil because we’ll be better, the Netherlands international told the Liverpool Echo.

“There were two thoughts in your head. You can see it from both sides. Someone was going to be disappointed at the end of the transfer window and it was Phil.”

Wijnaldum concedes it was a tricky time for everyone involved, with the Reds wanting the best for a top talent but also eager to ensure that he was not allowed to slip the net.

“It was difficult,” he said. “Phil is a really good person and we understood why he wanted to make the move. 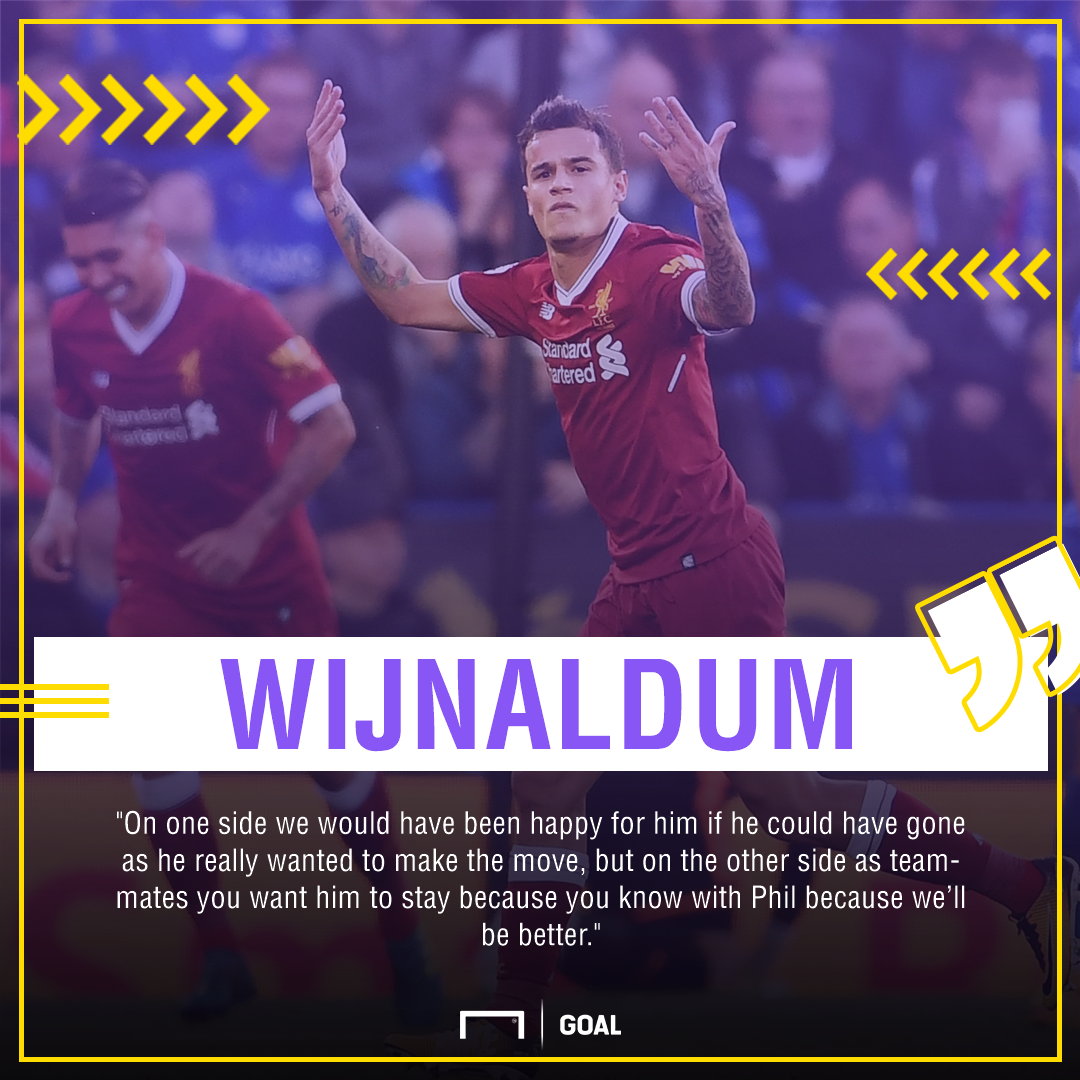 Having been forced to stay put, Coutinho has set about putting his Barca disappointment to the back of his mind.

He was eased back into the Reds fold by Jurgen Klopp and has slowly recaptured his confidence and form.

Two goals have been netted in his last two outings, against Leicester and Spartak Moscow, with Wijnaldum quick to highlight the value of his match-winning qualities.

He added: “He’s an important player who can win games for us and make the team better.

“It was normal that the club tried so hard to keep him.

“You never know what will happen in the future. But Phil is a good person and no matter how long he’s here, I know he will always give everything for Liverpool. We’re so happy that he stayed.”

While Barca could rekindle their interest in January, for now, the focus for Liverpool and Coutinho is a Premier League clash with Newcastle on Sunday, which sees them reunited with former boss Rafa Benitez.