Almost every football fan has loved a Brazilian star at some point in their lifetime. Ronaldinho, Adriano, Ronaldo, Romario, Cafu, Roberto Carlos, Zico, Pele, the list is pretty much endless.

An unfortunate theme which runs through the more recent Brazilian superstars, is that their stars not only burn the brightest, but they burn the quickest too.

The fear is that, just as with Adriano, Kaka and Robinho, history is repeating itself once more.

Although ?Barcelona are waiting in the wings to bring the prodigal son back to his former home, there are no guarantees that Neymar and Los Cules will be playing happy families if the frankly ridiculous transfer goes through.

Neymar is one of the brightest stars in recent football history, but he’s also becoming one of football’s biggest frustrations. He was one of the first YouTube sensations, as teens heard rumors of a 17-year-old humiliating every defender in the Brazilian league with unimaginable tricks and flicks. At Santos he was tipped as a future Ballon d’Or winner and his desperation to be considered the best has consumed Neymar and his entire career.

When the 21-year-old finally made his dream move to Barcelona, his destiny seemed set in stone. He had years ahead of him to learn his trade from the greatest footballer in the world, ?Lionel Messi. He would pick up the torch when Messi finally departed Camp Nou. That was the plan.

Barcelona had unearthed a gem that would become the best player in the world, and would dominate La Liga and Europe for potentially a decade or more. A best-laid plan it seemed, only to be ruined by ego and foolishness.

Ever since his departure from Barcelona in 2017, Neymar’s star has flickered, waned, and dulled slightly. There is no doubting his endless talent, but his ability is not in question.

Barcelona must have doubts over the mentality of their ex-forward, who picked fights with teammates and took advantage of PSG’s lenient stance on discipline, declaring himself unfit to play for the lesser games throughout the season, regularly flying back to Brazil. His professionalism has been questioned by his employers, and a club looking to invest in a player at any level must take this warning into serious consideration. Barcelona may feel that they are big enough to tame the wayward behaviour of the Brazilian, but those with longer memories will remember how he engineered his previous move against his clubs wishes.

Whilst his mental state has been thrust into the public light, his physical state is also cause for concern for La Blaugrana. Neymar has only made 37 league appearances over two seasons at the Parc des Princes, picking up a string of both minor and more serious injuries.

He also missed the Copa América, which Brazil won on home soil in his absence. 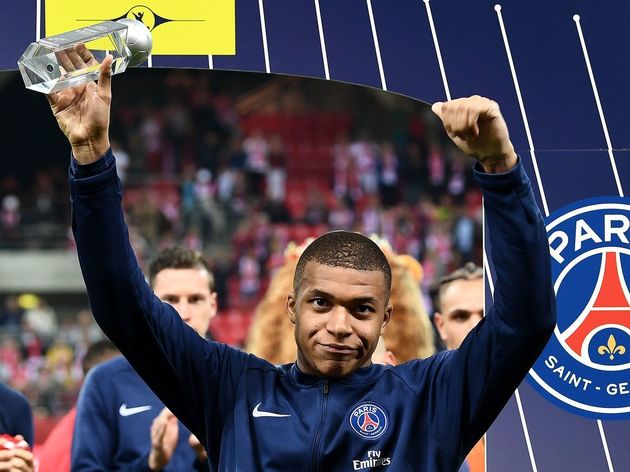 Having only appeared in half of the possible league games, and after early exits in both Champions League campaigns, Neymar has failed to live up to the expectations set for him in Paris. Instead, he has been overtaken by Paris’ golden boy ?Kylian Mbappé

Mbappé may not be the only Frenchman whose shadow Neymar could be sat in. Despite disagreements between the Atelti and Barca, Griezmann looks set to join Barcelona after announcing his intention to leave the Madrid club at the end of last season. Alongside him in the Barcelona attack, there is ?Luis Suárez Barcelona need to have a long, hard think about the player and person Neymar has developed into over the past two years.

The years of the ‘MSN’ are over and it’s time to move on. The truth is, Barcelona don’t need him, and they shouldn’t want him either.