?Since joining German champions Bayern Munich on loan from Barcelona last summer, Philippe Coutinho has struggled to make an impact and nail down his place.

On face value, six goals and five assists in 16 Bundesliga appearances isn’t a bad return for a midfielder. However, three of those goals and two assists came in just one game against Werder Bremen.

In case you can’t work it out yourself, that means he has picked up just three goals and three assists in his 15 other games, which isn’t massively inspiring considering his cost. More than that he ranks only 29th in the Bundesliga charts for key passes and 46th for successful dribbles. He is way up in eighth for shots (46) but alarming few of those – the majority of which have come from outside of the box – have been converted.

As a result, ?reports now claim that ?Bayern are unlikely to sign the Brazilian permanently for the pre-agreed €120m next summer, unless his form drastically picks up, instead allowing him to return to Catalonia.

This will leave Coutinho in a state of limbo. Bayern don’t want him. ?Barca don’t want him. Where next for a player who was once considered one of the world’s best playmakers?

Well maybe, just maybe, Jurgen Klopp should bring him back to Liverpool.

Let’s get things straight: ?Liverpool did absolutely the right thing when they sold Coutinho for £120m+ and used that money to fund deals for Virgil van Dijk, Fabinho and the rest. It transformed the Reds and made them European champions for the sixth time, and – dare I say it  – soon to be ?Premier League champions. However, should the 27-year-old be made available for the right price, then Liverpool could make yet another smart transfer move and bring him back to Anfield.

Coutinho knows the Premier League, and has played in a Jurgen Klopp system before. He was also pretty good in it. Therefore, he wouldn’t need time to adjust, and there is no denying the quality he would add to Liverpool’s midfield and attack.

He was also evidently a fan favourite, and despite the fact that his form (and popularity) dipped when he was eyeing a move to Barcelona, the Liverpool faithful would likely sing his name once more should he grab a goal on his debut. Coutinho may relish a return to Anfield too. He needs a move to reignite his career, and where better than the place he flourished and matured into the star he is today? This could be the fresh (re)start he needs.

However, where would he fit in?

This Liverpool side are, of course, currently enjoying a season of near-unparalleled brilliance, and appear to be romping to their first Premier League title in record-breaking style. How can you squeeze a rogue, potentially divisive player into a side that is running like a well-oiled machine?

Well, he’s definitely not shifting any of the front three. ?Sadio Mane, ?Mohamed Salah and ?Roberto Firmino have their places cemented in this Liverpool side. Looking at the Reds midfield, it is full of hard-working players and characters who are willing to run and hustle. This is what makes them so tough to beat, and it means the front three can also flourish.

However, if we are being really, really picky, Liverpool sometimes, sometimes struggle to open up sides who sit back and park the bus against them. Remember Bramall Lane earlier this season? Liverpool were lucky to snatch a 1-0 win which solely came after a shocking mistake from Sheffield United goalkeeper Dean Henderson.

Also, Liverpool’s only dropped points this season was at Old Trafford. Manchester United put the coach in park, and Klopp’s men simply couldn’t break them down. A late Adam Lallana goal salvaged a point for them which also came from a defensive mistake. In recent weeks, they edged 1-0 wins against both Tottenham, Everton and Wolves – matches they very easily could have dropped points in.

But perhaps, having a playmaker of the calibre and class of Coutinho in those games could have turned those 1-0 wins into bigger margins, and future draws or defeats into victories. He’s someone who can open doors, someone who can produce a bit of magic out of nothing. How many time did we see Coutinho smash in a stunning goal from miles out for Liverpool out of simply nowhere?

Of course, he doesn’t have to play every game. Some games will require a midfield of ?Georginio Wijnaldum, ?Jordan Henderson and ?Fabinho. But some games may also require the little Brazilian to start in place of Henderson for example, where he can be the man tasked with breaking open a really solid defence. 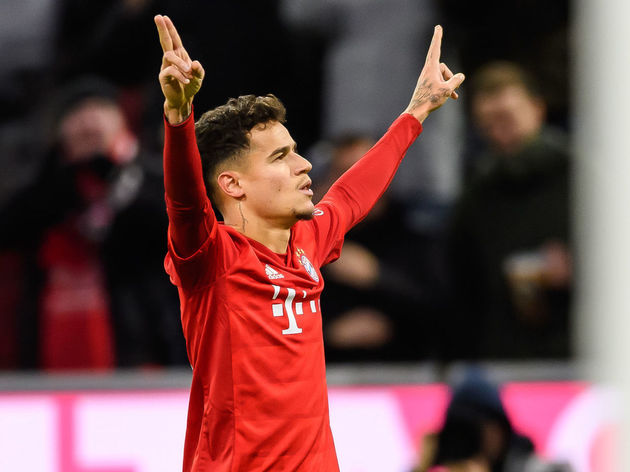 If he is made available for the right price – not the €120m Bayern have been quoted – then it is a deal that may just make a fair bit of sense.

When you’re operating at Liverpool’s level, It’s hard to find players, any players, who can actually improve the team. Coutinho might just do that, and Liverpool would certainly improve him again.