?We’ve seen this tale before. Whether it be Serge Gnabry at Arsenal or Paul Pogba at Manchester United (first time around), we’ve seen top talents slip through the fingers of Europe’s elite.

And while in the past they have been keen to integrate academy graduates into the first-team as regularly as possible, Ernesto Valverde and Barcelona were becoming at risk of enduring a similar fate with a midfielder who had slipped to as low as sixth in the Spanish boss’ midfield pecking order. Frenkie De Jong, Arthur, Sergio Busquets, Ivan Rakitic and Arturo Vidal were all favoured over Carles Alena.

While it’s understandable for the greatest number six of the 2010s, the dynamic Dutchman and the press resistant Brazilian to be granted more game time than La Masia graduate Alena, it’s criminal that the 22-year-old has played just 179 La Liga minutes for the Catalans this season. Overall, Alena has made 39 appearances for Barcelona and as a result of his recent move, we should see the Spaniard represent La Blaugrana regularly in the future.

At the end of December, Real Betis agreed a deal with Barcelona for the loan of the Spanish midfielder until the end of the season, and it’s a move that benefits all the parties involved.

For Alena, the loan to Betis will give him what he wants, and deserves – game time. In his sole Champions League Inter

Amid Antonio Conte’s typically intense press, Alena remained cool and showed off a press resistance that can be likened to teammate Arthur. The Spaniard often used his body as a shield expertly, protecting the ball brilliantly from the likes of Marcelo Brozovic, as his composure and silky footwork in midfield proved pivotal in enabling the youthful Barça side to progress the ball upfield. Not only was the 22-year-old impressive in his own half, but he also showed his ability to be penetrative – setting Carles Perez on his way with a wonderfully weighted pass in behind the Inter backline for his side’s first chance of the game while in the second period, Alena was the key linker between defence and attack – finishing the game with four key passes.

It was the sort of display that should’ve seen him granted more minutes by Valverde, and he was, as he started and finished Barca’s final game of 2019 against Alaves.

Nevertheless, at Betis, his opportunities to start should come persistently once he’s settled in in Seville. The decision to loan him to a club in La Liga was a smart one as well. Instead of being forced to adapt to a new culture, a new language and a different playing intensity, Alena will continue to play in a familiar environment – increasing his chances to thrive in a technically sound Betis side.

Speaking of which, Betis should reap the benefits of having such a talent within their ranks for the remainder of the campaign. Chief creator Sergi Canales has seen his numbers slide this season – contributing to just two goals thus far – while the defensive-minded Andres Guardado has started to show signs of age catching up with him in the Betis midfield.

In his small sample size, Alena has proven to be an industrious character out of possession and an immense ball-retainer who holds the imperative ability to play vertically through opposition’s lines. Rubi’s emphasis on a possession-based style of play means that the Alena-Betis combination is a match made in heaven. For the remainder of the season, you can expect Alena to slide into the left side of central midfield in Betis’ preferred 4-1-4-1, and due to the deployment of Marc Bartra as the defensive-midfielder, Rubi has the licence to use whoever he wants next to Alena. With the Barca man in the side and Nabil Fekir only getting better, 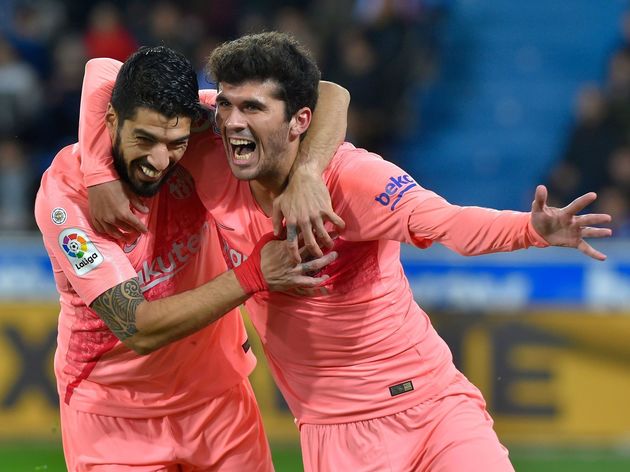