Before the World Cup started, Neymar was the focus of all of the interest in the Brazil squad. Now, though, attention has turned to Philippe Coutinho.

Quite simply, Coutinho has outshone Neymar, providing moments of outstanding skill and important goals. It is the Barcelona man who has looked like the Selecao’s talisman – not the world’s most expensive player.

Coutinho was man of the match in Brazil’s opening two games – and rightly so. He announced his arrival in Russia with a wonder goal in the 1-1 draw with Switzerland, while his last-minute strike against Costa Rica kickstarted his country’s campaign.

The former Liverpool star did not net in the 2-0 win over Serbia that sealed top spot in Group E but he was once again one of Brazil’s key men, constantly probing and pressing.

Neymar, by contrast, has been the most frustrating player to watch during the group stage, despite racking up a goal and an assist.

Indeed, Neymar is rightly being criticised for his performances. Only 18 of his 42 dribbles have been successful. He has had more chances than any other player (18) but he has converted just one. Neymar also gave the ball away a staggering 84 times – more than any other player in the group stage.

As his record of 56 goals from 88 caps underlines, Neymar usually carries the expectations of over 200 million Brazilians with ease and has previously revelled in the limelight.

All eyes were on him when Brazil hosted the World Cup four years ago but he was arguably the only player who made light of the pressure, playing a starring role before his tournament was ended by a vicious knee in the back from Juan Camilo Zuniga in a bruising quarter-final clash with Colombia.

So, it is strange to see the 26-year-old struggling on the game’s grandest stage, particularly as he is arguably at the peak of his powers.

However, it is his conduct that has really upset some commentators. Even when he shed some tears after scoring against Costa Rica, some pundits suggested this was further evidence of his allegedly attention-seeking behaviour.

Neymar’s diving, though, is what really grates with rival players and supporters.

“We all know Neymar, so it’s not on me or on us to judge him, but rather the referees, and FIFA,” Mexico’s Andres Guardado stated on the eve of Monday’s last-16 meeting with the Selecao in Samara.

“Now, with VAR, they have to see his style of play and know how to manage the game because we know he likes to exaggerate fouls, to throw himself around.

“That’s his style of play and the one who has to judge that and put a stop to it is the referee, not us.” 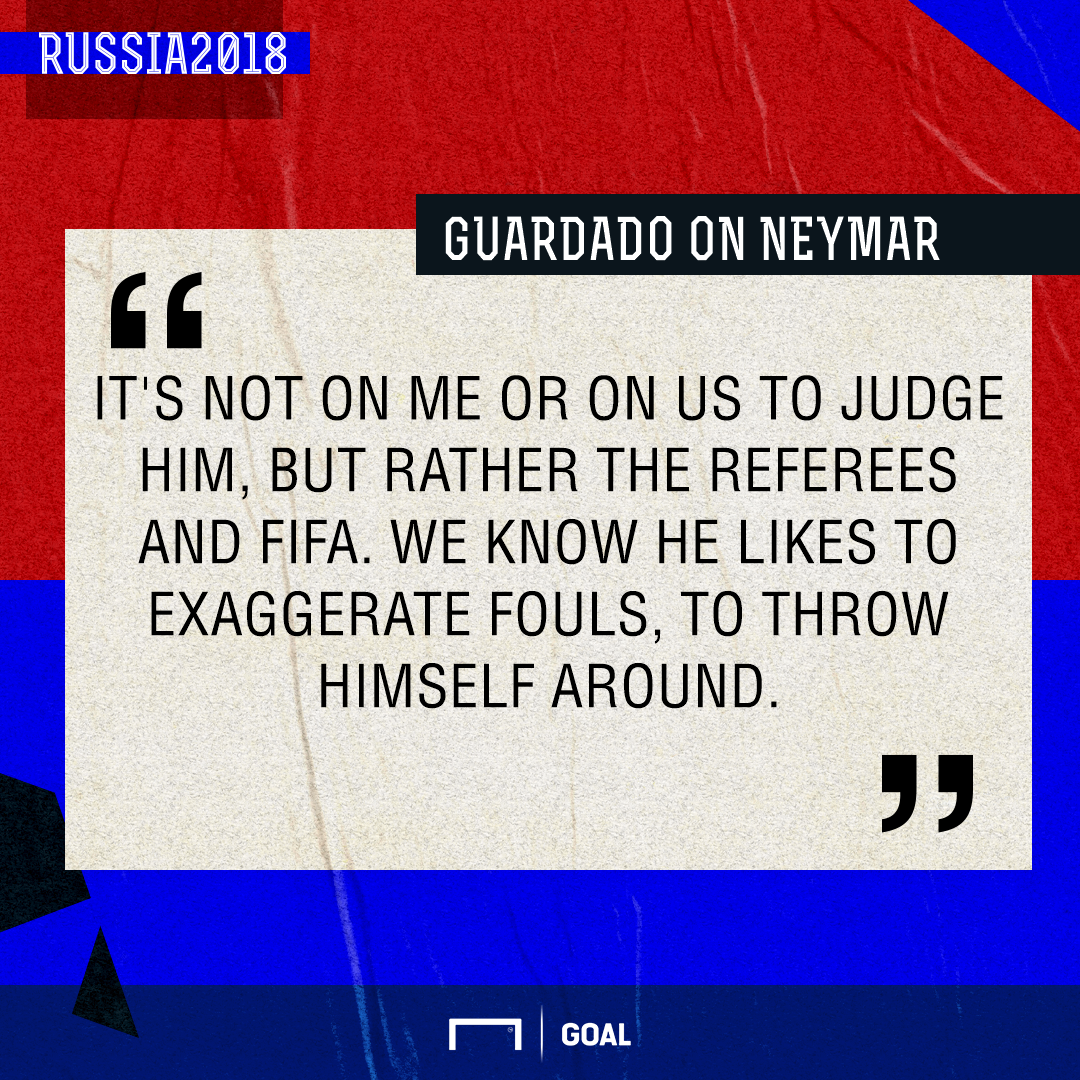 Neymar, of course, holds huge sway at Paris Saint-Germain but Brazil isn’t ‘The Neymar Show’ and Coutinho’s classy performances in Russia have made that abundantly clear, perhaps even to the €222 million man.

He needs to find a way to contribute for his team, even when the going gets tough.

Of course, match fitness could also be a factor, given Neymar’s club season was ended by a fractured metatarsal in February. Of course, he netted both of Brazil’s warm-up games but it’s clear that his match sharpness isn’t quite at his usually high level.

In that regard, the three group games will have done him the power of good, and there’s no reason why the flop of the group stage can’t go on to become the top player in the knockout rounds.

Indeed, Brazil boss Tite believes the signs were there against Serbia that Neymar is almost back to his brilliant best.

“He played very well and he played similarly to what he’s been doing before, which is difficult,” he reasoned.

“He played fantastically, he helped mark the wings, transition with the ball. How he’ll play [on Monday], I don’t know but as of now, yes, he’s reclaimed his best form.”

Now would be the perfect time to prove it. If he doesn’t, the burden may once again fall on Coutinho to carry Brazil through to the next round.