?Barcelona youngster Ansu Fati was apparently only ‘one document away’ from signing for West Ham in the summer.

The 17-year-old has since managed to break into Barca’s first team, scoring two goals and providing one assist in ten games so far this campaign.

Fati’s emergence as one of the world’s top talents has been one of the stories of the season, but he was close to signing for the Hammers when Barca stalled over handing him a new contract. ?Bleacher Report cite a source saying a deal for Fati to move to London Stadium was agreed, but an issue regarding his Spanish passport meant that the transfer fell through.

“West Ham knew about Ansu’s situation and his family were keen to make the move to London, which can be a huge lure,” the source said. “The deal was agreed quickly with West Ham and the family, the player was happy and he had not signed his deal with Barcelona, meaning they were helpless to stop him.

“We were told the passport was not an issue but they didn’t have it and it just did not progress quickly, which allowed ?Barcelona the time to step in, and with the truncated transfer window in England, the pressure was on. 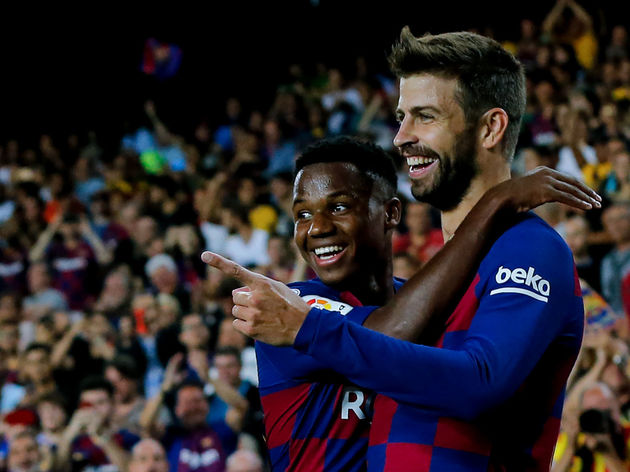 “It emerged that Ansu’s Spanish passport would not come through until after August, and that stopped the deal in its tracks. But it was that close – a piece of paperwork stopped West Ham from landing him.”

Fati moved to Spain from Guinea-Bissau when he was six and joined Sevilla’s academy, before eventually moving to Barcelona in 2012. A rampant rise through the youth system saw him come to the attention of scouts and first team boss Ernesto Valverde, being fast-tracked into the senior setup and playing a key role for La Blaugrana so far this season.

Meanwhile, West Ham’s lack of quality and depth in wide areas has hindered their progress under Manuel Pellegrini, and Fati could have been the solution to their problems in that area.