It’s not only beautiful in terms of the history, architecture and weather…but also let’s face it, the atmosphere, the buzz and the nightlife (stag do’s aside) is incredible. Budapest, even before the football ramped up, had that almost in-built away day electricity you so often feel when you’re out and about at a European Championships or World Cup.

Of course, it’s an incredibly popular tourist city and that won’t change when the fans of women’s footballing elite leave, but the fact that the Women’s Champions League final could seamlessly slot in and further elevate an already upbeat city is the dream scenario for any huge fixture.

In the build up to the game, Nike made room for a group of us to get on out to experience a street football masterclass in the shadow of one of Budapest’s most beautiful landmarks, Fisherman’s Bastion, which was to be honest…awesome. We then moved on to watching the first ever European Women’s Football Freestyle Championships – yet another example of the different ways that the women’s game continues to grow. 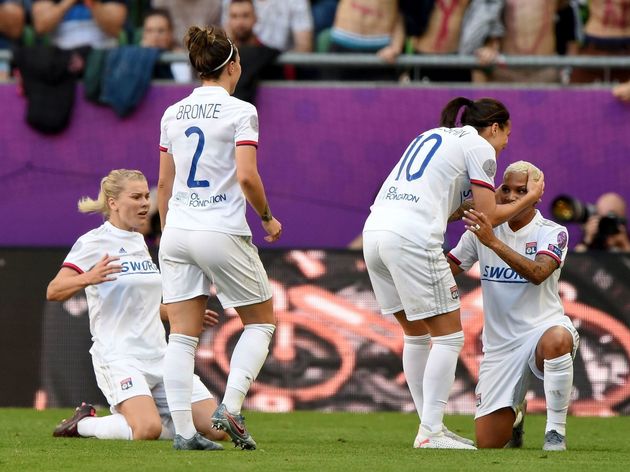 If you’re someone that follows the women’s game, and you know what, even if you aren’t, this period of time now feels so significant. With the World Cup around the corner, and some of football’s dinosaurs finally becoming extinct, there’s a tidal wave of optimism around women’s football that gives you a bigger buzz with every game you go to.

Even in light of UEFA launching their first ever women’s football strategy with some aggressive targets, if you take the binary number based stuff away, and instead focus on the #WePlayStrong message that has been been embraced, women’s football is in a magnificent place.

At this point, It’s necessary for me to say…

The job is not done.

Parity has not been achieved.

Equality should be strived for.

The pay for players and staff is not nearly good enough.

The media coverage is not as committed and thorough as it should be.

The commercial partnerships are only scratching the surface.

We can all do more.

But sometimes it’s nice to pump the brakes, even if just for a second, to see how much has been achieved in a small space of time.

From a British perspective, Jess Fishlock, Lucy Bronze and Toni Duggan all featured in the highest profile domestic game of the season, just a couple of weeks away from the biggest World Cup the women’s game has ever had. For Jess and Lucy it was an exciting and impressive win, as it was of course for Lyon, their 4th UWCL title in a row.

For Toni Duggan, it was a little more cruel. Having moved to Barcelona to try and win the Champions League, it was a bitter pill to swallow. She told 90min after the game, with a wobble in her voice and tears streaming down her face, “that’s football”.

She’s right…that is football, but, Toni once again showed us what makes women’s football so special. At one of the toughest moments in her career, she still took the time to talk and recognise, that she was a role model and inspiration to many, a friend, a teammate and a Lioness.

She was honest, passionate, sincere and a perfect sportswoman in the face of what must have been honestly, an incredibly crap moment to experience. She said how proud she was of Lucy Bronze and how focused she was on winning the World Cup with the Lionesses. Lots have raised concerns that as the women’s game grows it will become harder and harder to keep its authenticity, or to keep the closeness and intimacy between fans and the players.

But at this important moment in time, based on the atmosphere in Budapest, the atmosphere in the stadium, the commercial partners on board, the character of the players and the passion of the fans it looks as though it’s in incredibly good hands.