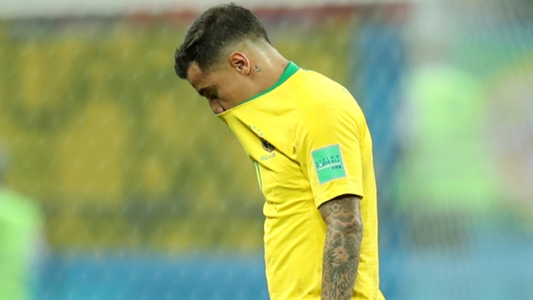 Brazil star Philippe Coutinho said he was ready for the backlash after the surprise World Cup quarter-final loss to Belgium.

However, they were unable to find an equaliser despite a frantic finish, the favourites bowing out in the last eight.

“We wanted to go all the way to the final but we’ve given our best shot. Everyone gave everything,” the Barcelona playmaker told SporTV.

“I’m sure will be beaten up by criticism from all sides. Life goes on, that’s football. You win and you lose.

“We’re sad because we wanted to win badly, like all Brazil. Unfortunately, we couldn’t.”

The 2018 World Cup may have been the last for several Brazil players, with nine of their 23-man squad in their 30s.

Defender Miranda, 33, was unwilling to confirm his international future, unsure whether it was his last appearance at the showpiece tournament.

“It’s hard to talk about it because all players here are part of a generation,” he said.

“I won’t say goodbye, but I also won’t confirm that I’ll be there for the next World Cup.”