The blue-and-white banners adorned all sections of Anfield, the signage of the same colouring greeted those inside the stadium at every turn, the famed anthem thundered out of the tannoy and Liverpool swaggered into the Champions League group stages.

When their third of the night – a masterful blend of intelligence and style – went in, Jurgen Klopp turned to the Main Stand shouting, “That’s football!”

Firmino 6/5 favourite to score against Arsenal

And this was how it is supposed to be; five-times conquerors of Europe’s premier competition not only restored to their rightful place, but doing it in a manner befitting of magical nights past on this turf – under the lights –  on this stage. 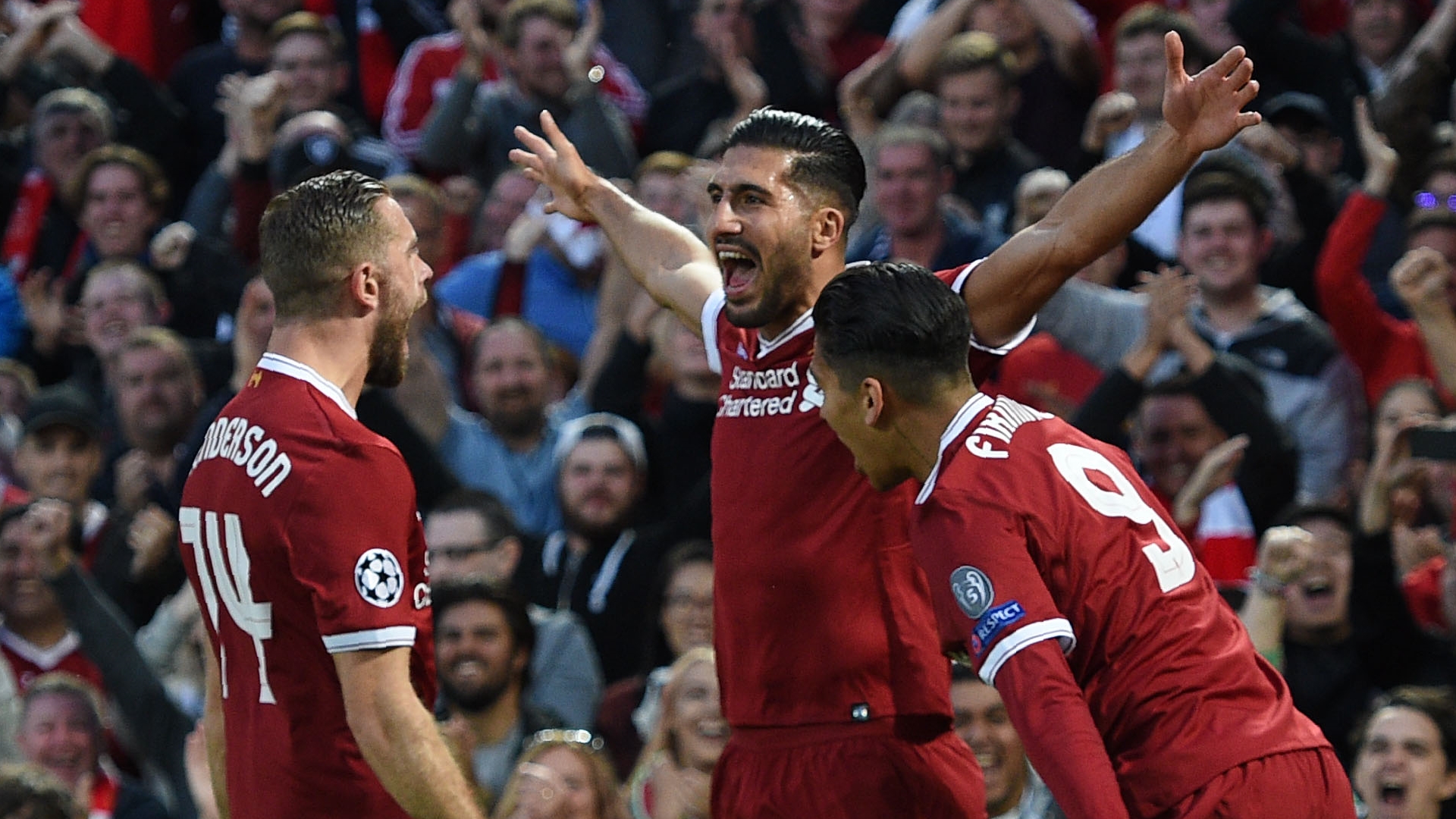 Roberto Firmino and Sadio Mane combined to dazzling and devastating effect in the first half, where their combination play effectively laid Hoffenheim’s ambitions to rest.

In 11 minutes, the pair orchestrated three goals, with Emre Can the scorer of two and Mohamed Salah reacting quickest to net the other.

Julian Nagelsmann didn’t want his Hoffenheim side to “hide” at Anfield and instead instructed them to take the game to their hosts, a daring approach but one that ultimately encouraged Liverpool’s greatest strength – their explosive forward line.

By starting so expansively, the Reds were invited to showcase their powers on the counter, and they were obliging.

Inside two minutes, Salah and Mane both had opportunities to affect the scoreline, with the latter denied by Oliver Baumann’s legs after Firmino’s superb ball to create a one-on-one situation for the Senegal star. 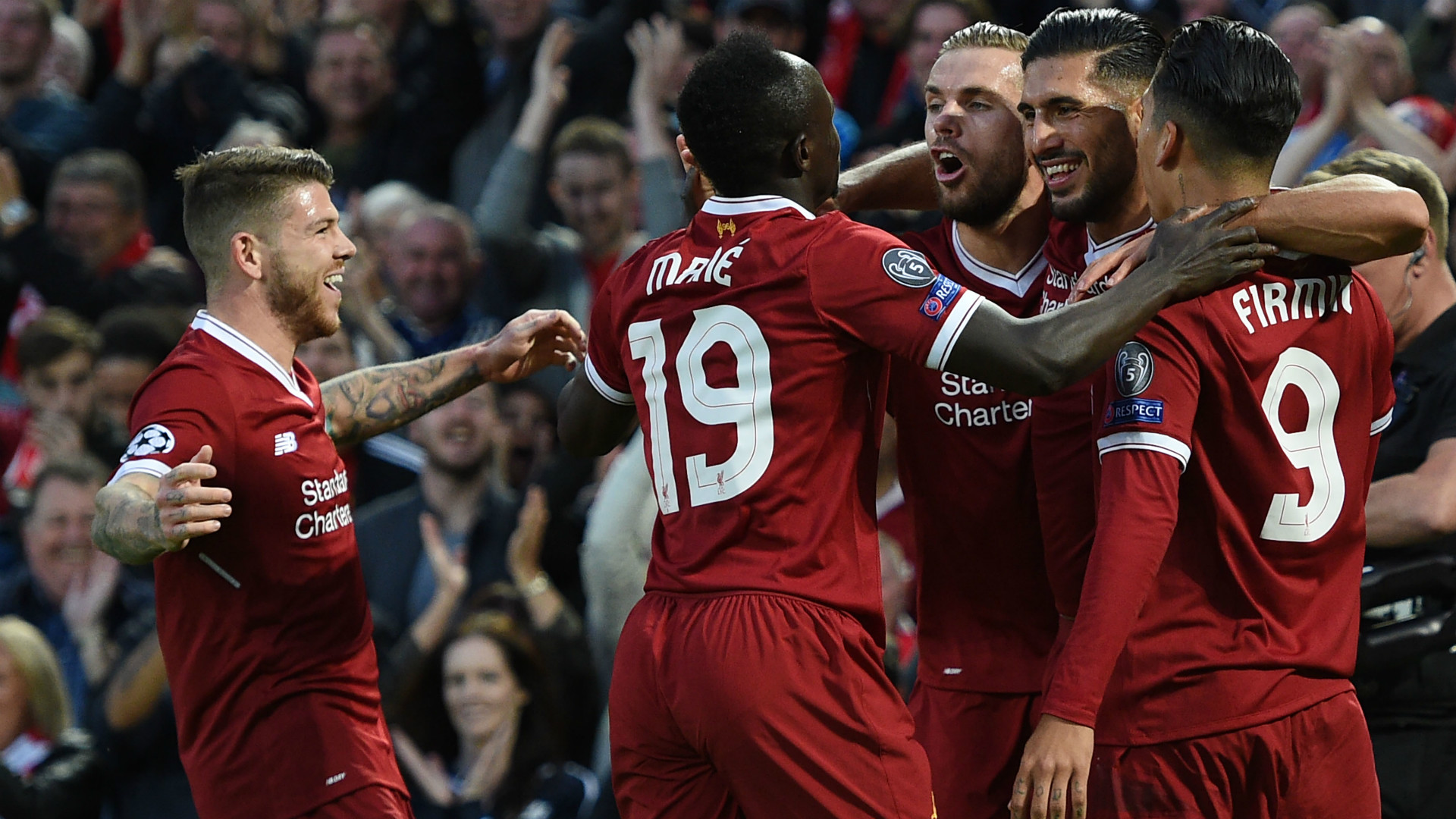 That exact, dissecting pass from the Brazilian to the speedster was executed again in the build-up to Liverpool’s opener.

Firmino chested down the ball, read the space and Mane’s movement to feed him and the 25-year-old carried possession on. Having hypnotised Havard Nordtveit and Pavel Kaderabek, he waited for Can’s supporting dart around the outside and reverse flicked to him.

The midfielder’s shot struck Kevin Vogt en route to putting the Reds 1-0 up and 3-1 on aggregate.

Firmino was the creative force again after being slid in by Alberto Moreno. He dribbled into the area, motioning for the byline before pulling a pass back for Gini Wijnaldum.

The Dutchman opened his body and aimed his sidefoot finish for the bottom right, but it cannoned off the base of the post. Salah reacted first to ensure all that good work didn’t go to waste. 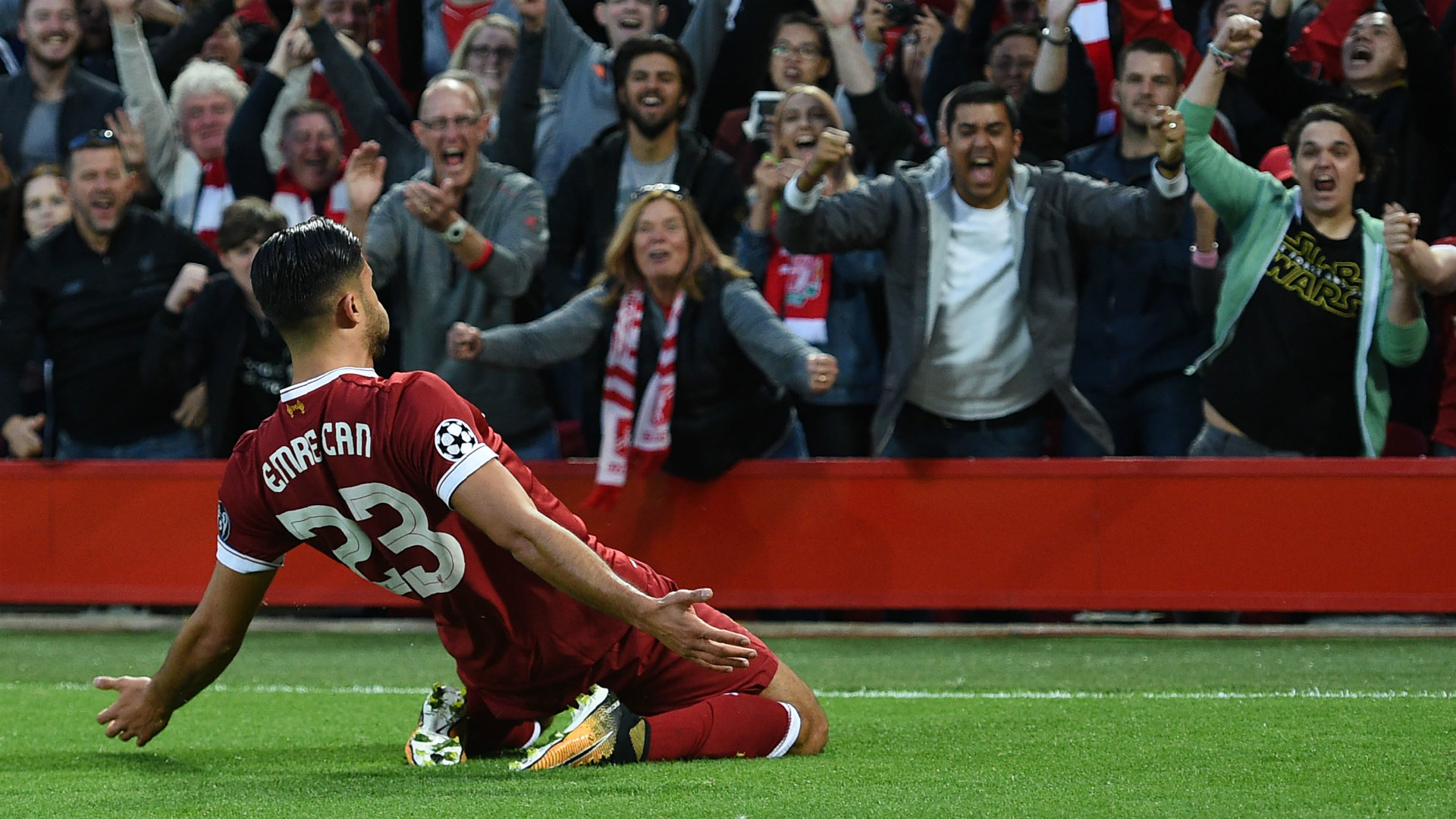 Firmino, stationed deep, passed to Wijnaldum on the left touchline. The midfield directed a divine ball in the vicinity of Mane to run on to and having occupied Benjamin Hubner and Nordtveit, the winger spotted the Brazil international breaking ground to support play.

He backheeled wide for Firmino, who lofted a pass across goal for Can – free at the far post. The German jumped and sidefooted in to prompt a festival atmosphere at Anfield.

Seven minutes later, Liverpool were still too celebratory as they completely switched off and allowed Mark Uth to pull one back after Dejan Lovren’s sloppy clearance. The Croatian wasn’t the only one culpable, though, as the midfield and his fellow defenders were also too passive.

Hoffenheim will reflect on missed chances, with Serge Gnabry in particular guilty of not converting them, but Klopp’s men carved out many more openings that weren’t buried.

“This game was crazy,” Klopp reflected afterwards. “It could have ended 9-7! But even then, we would have been in the group stage.” 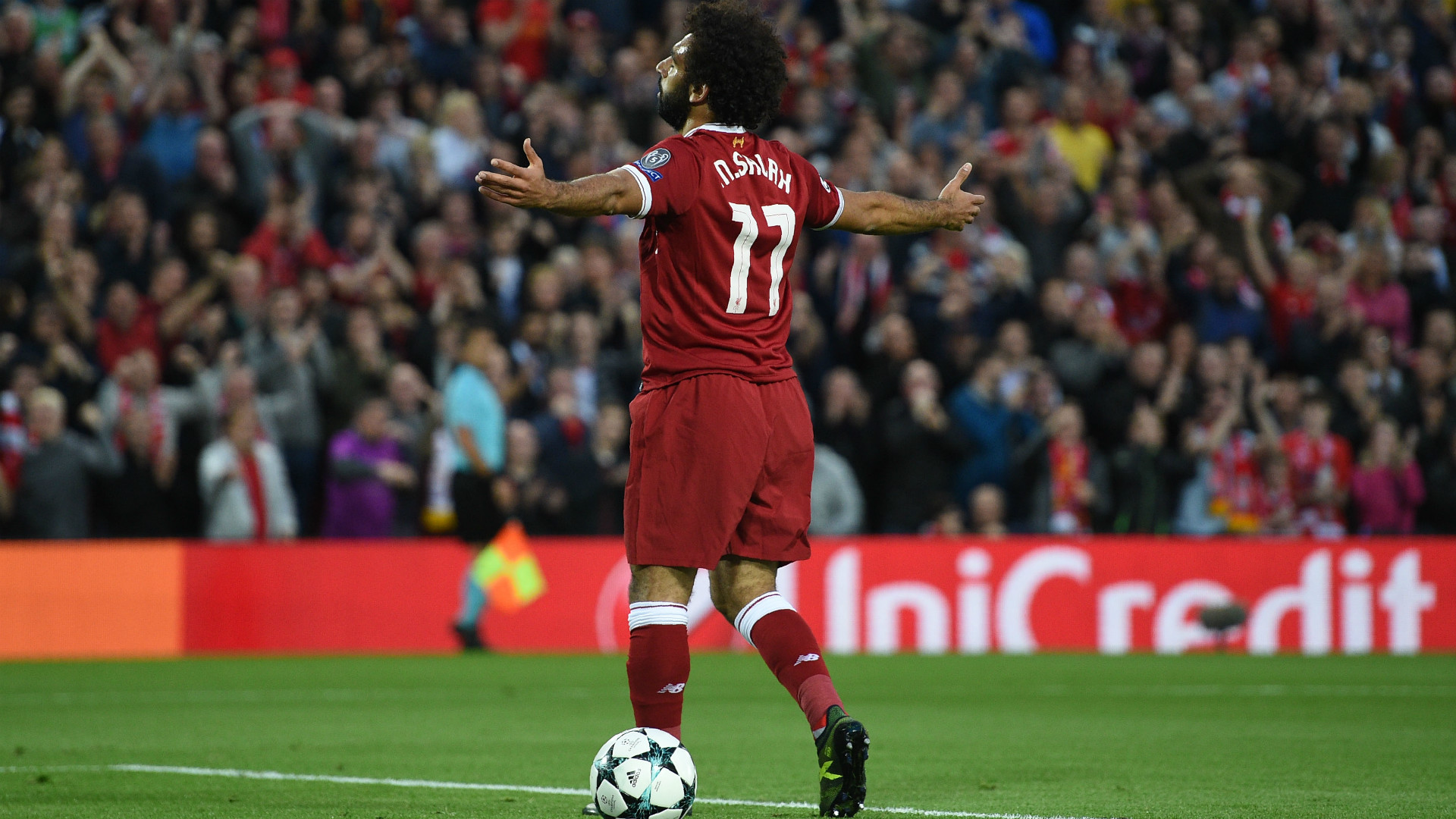 In the second half, Firmino was finally rewarded for producing a masterclass as captain Jordan Henderson stole possession and unselfishly played him through on 63 minutes.

“What a game he had today! Unbelievable!,” the Reds boss said of his No.9, whose cerebral, effective showing was a delight to witness.

Sandro Wagner headed in Andrej Kramaric’s cross later on, but by then, the tie had been long wrapped up.

Liverpool’s 183rd game in Europe’s chief club tournament wasn’t to be their last for this season, then, as they can now prepare for a 10th campaign in the Champions League group stages.

Despite the constant, unsettling distraction of Philippe Coutinho wanting to leave for Barcelona, the Merseysiders illustrated their focus is on restoring themselves as a continental giant. 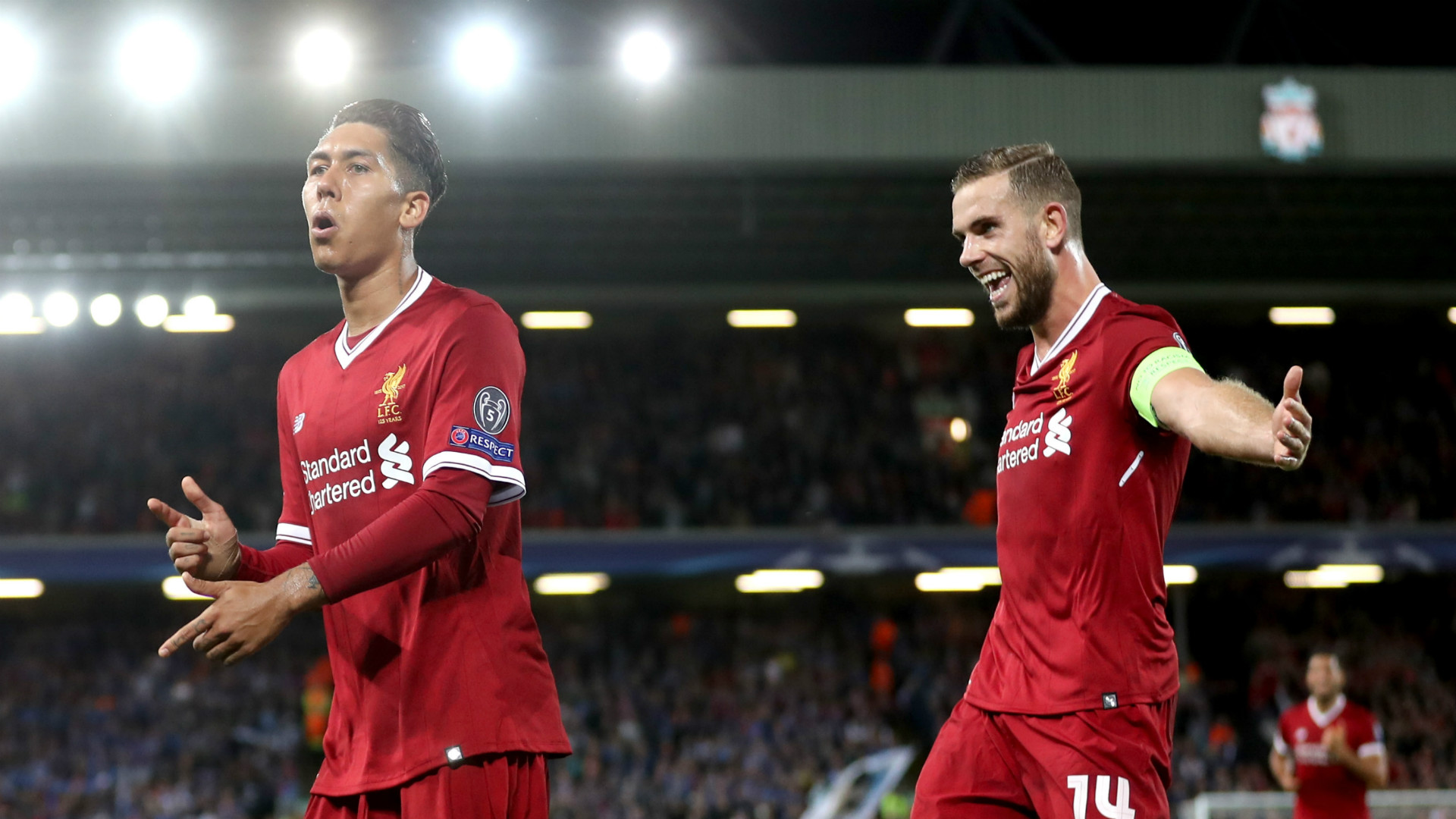 All of Klopp’s tenure thus far seemed to point to this very juncture, where these “special nights” become the norm.

Liverpool will wake up tomorrow in the draw, in the mix, in the conversation again. “Yippee! I know you will always find a few people who will say ‘It’s just the Champions League or only the Champions League.’ But we wanted to be part of it with all we have, ” Klopp said.

The German now has a week to ensure their squad is fully equipped with the demands of battling Europe’s best, while continuing to bat away Barca’s approaches for their playmaker.

The result “is big influence on the transfer market, especially if you do it [qualify for the Champions League] more often,” Klopp admitted.

“I said before the game that if you talk to players – and players better than ours are difficult to find, I know a lot of people think differently, but we do the work and it’s not easy to find 20 top players in each position – they say ‘oh if you play Champions League, it would be really great because the club is good, the manager is not too bad’ and all this stuff. 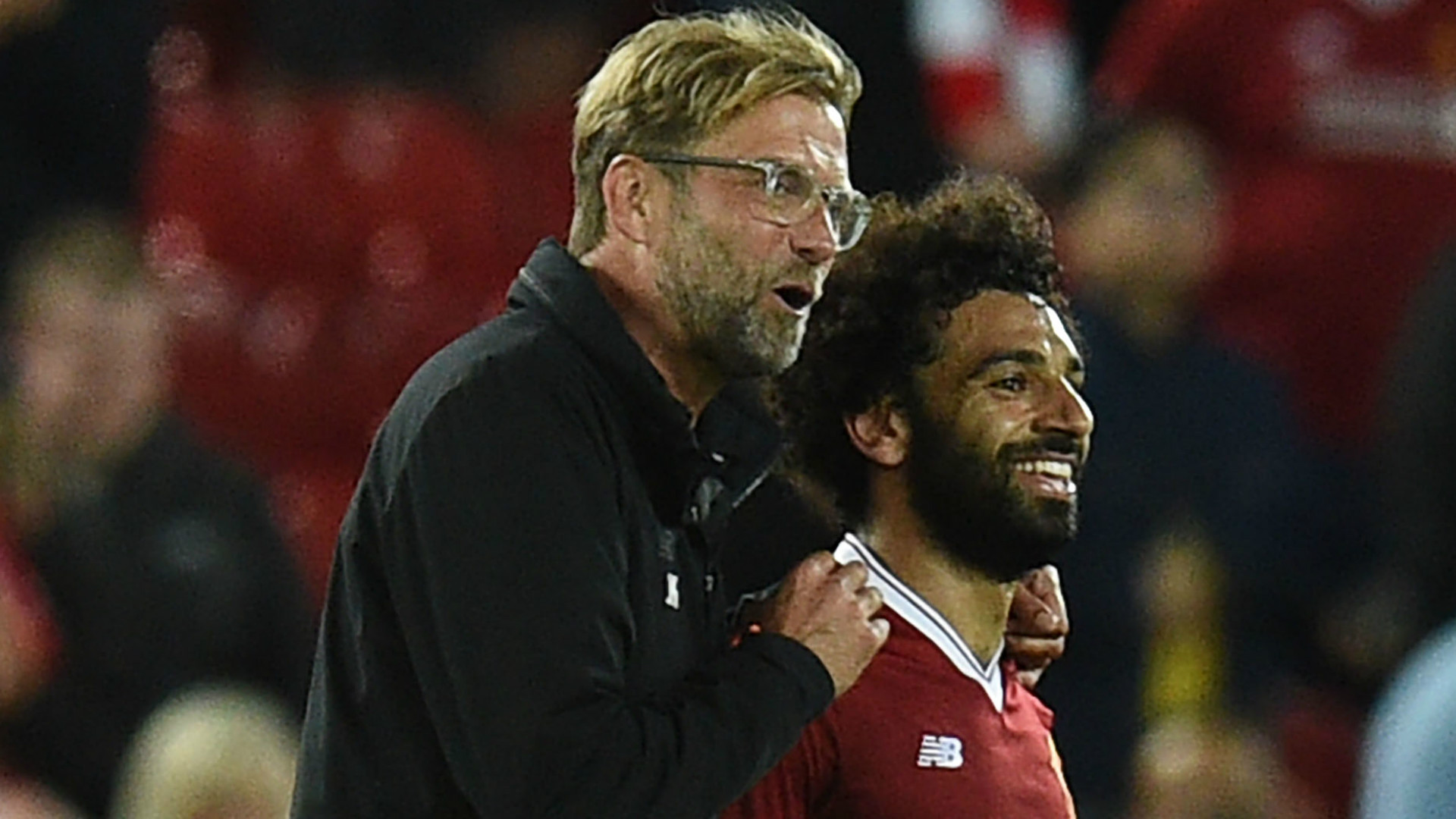 “We do it together and that’s what this team did. That’s why I’m so happy about this – 14 months of hard work and we did it – nice!”

The shift has only just began, but there will be several teams wary of and wanting to avoid Liverpool, especially considering their explosiveness in attack.

“When you are in the group stage, then you want to go through and to the last 16,” Klopp said.

“You want to go there and to the next round, that’s how it is. A lot of things are possible but not because I say them, just because when we are really ready for all these games. It’s so exciting now to be part of it.”