Barcelona will travel to the Estadio de la Ceramica to take on Villarreal in La Liga on Tuesday night.

La Blaugrana are coming off a 2-0 win against Espanyol on Saturday in which Lionel Messi scored a brace and secured 40 goals for the tenth straight season. Villarreal took a two-goal lead in their match against Celta Vigo but ultimately lost the match 3-2 following a late penalty.

Barca sit at the top of the table, 10 points ahead of second placed Atletico, while the Yellow Submarine are just one point above the relegation zone following their loss at the weekend.

Barcelonawill again be without 21-year-old winger Ousmane Dembeleas the Frenchman continues to recover from a hamstring injury suffered against Lyon in the Champions League round of 16. The team is confident that Dembele will be fit to return for their Champions League clash with Manchester United on 10 April.

The Blaugrana are still waiting for an update on backup keeper Jasper Cillessen who hurt his hip earlier in the week but are confident he will be fit for the clash. Villarreal have been hit with the injury bug in recent weeks and will have to wait until matchday to know if Bruno Soriano, Javi Fuego, Jaume Costa and Gerard Moreno are fit to play against Barcelona.

The two clubs have faced off 41 times since the 1998/99 season with Barcelona holding a commanding lead in the fixture. Barca have won 24 times while Villarreal have taken home eight matches for themselves. The other nine games between the sides have ended in a draw. 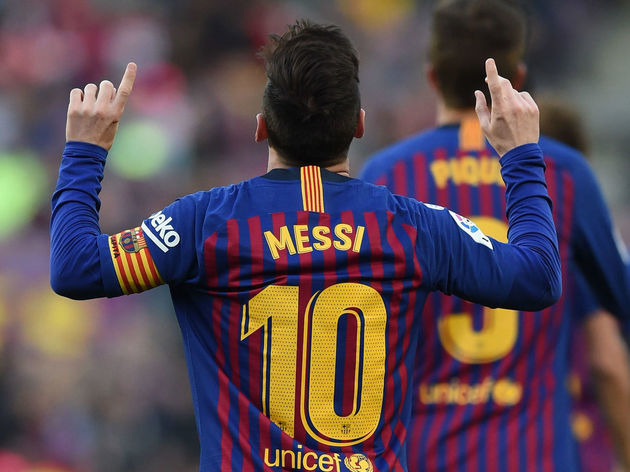 When the squads faced off at the beginning of December, Barcelona took home all three points when they won 2-0 courtesy of goals from Pique and Carlos Alena.

Barca have been in fine form of late, losing only once since the final day of January in the Supercopa de Catalunya final to Girona. The Blaugrana have won all six of their previous  La Ligamatches and will be looking to extend this streak against the Yellow Submarine.

Despite throwing away a two-goal lead in their previous match, Villarreal had won all four of their matches prior to the game against Celta Vigo. The squad advanced to the Europa League quarter-finals after defeating Zenit by an aggregate score of 5-2 in the round of 16.

Iago @aspas10 crying on the bench, swept by THE FEELS after turning an impossible game around.

Celta, 28 points. ONE point away from Villarreal (29) and being clear from danger.#CeltaVillarreal #LLL
???? pic.twitter.com/MYBMjX0zNL

Here’s how each side has fared in their previous five matches in all competitions:

?Messihas been firing on all cylinders for the Blaugrana in recent matches and it doesn’t look like the Argentine will be slowing down any time soon. The magician’s brace against Espanyol was absolutely clinical and everyone will be expecting Messi to continue this fine form against Villarreal. The Yellow Submarine are fighting for their survival in the top flight which can always provide a bit of drama in a match. Villarreal have not been particularly poor in recent matches and will hope to steal three points from the league leaders in a vital home match.

Despite Villarreal’s plight, Barcelona will prove to be too much and the Blaugrana stars will come to play in this match.