Since Neymar’s world-record €222 million move to Paris Saint-Germain, Barca have been heavily linked with a host of players, with Coutinho and Dembele both reportedly attempting to force a switch to Camp Nou.

Former Tottenham midfielder Paulinho has been long linked with a move to La Liga and those rumours intensified on Saturday with reports in China stating he had bid farewell to his Guangzhou Evergrande team-mates.

However, Valverde insisted links with the trio were mere speculation and he no idea whether they would join up with his squad before the transfer window closes.

“I don’t have any proof of anything. Lots of players’ names are mentioned for lots of clubs and it will be like that until August 31,” he told a media conference.

“For the moment there is nothing, or at least not that I’ve been informed of. I have a feeling that Paulinho will not be playing tomorrow night [against Madrid]. 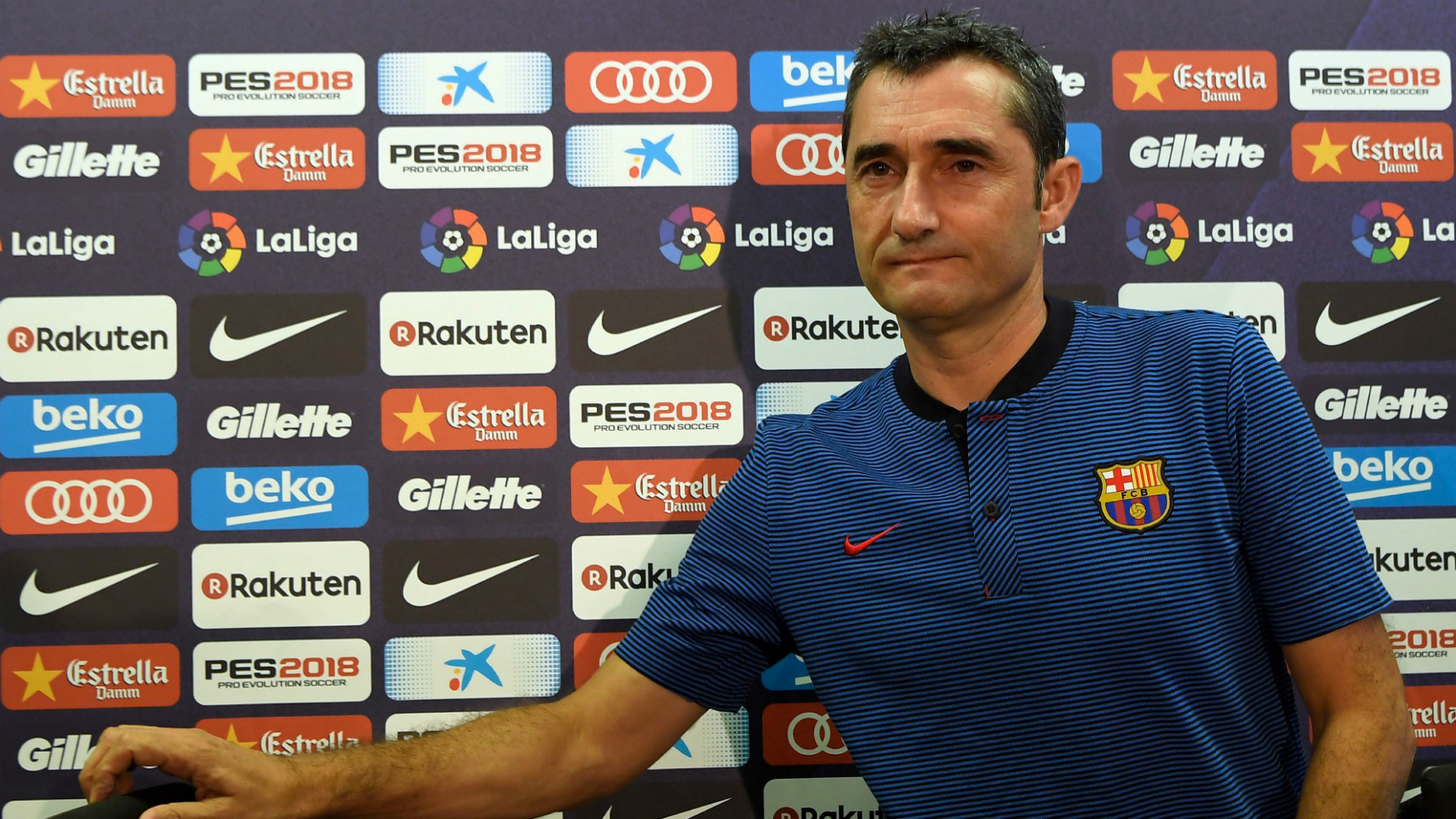 “I have no knowledge of what players could come or of what goes on at other teams. I don’t worry about that as I have enough on my plate.

“The names that surface are not anyone’s stated requests.”

On Neymar’s departure Valverde revealed he only found out the Brazilian was on his way to Ligue 1 on the day he made his intentions public, but chose not to dwell on his exit.

“[I found out about it] the day he came to my office to tell me, which was the day it was made public,” he added.

“There had been a lot of talk and you could sense there was something as some players had commented something to me the week before, but I didn’t know for sure.

“The best way to replace him is to look forward, not back.”

Valverde: “The game in the US is a reference point but that’s all. We will look at certain things but we have to play well twice” #FCBlivepic.twitter.com/Sleg4YVoJv
— FC Barcelona (@FCBarcelona) August 12, 2017

After four pre-season wins – including one over Madrid – Barca get their competitive campaign underway against Los Blancos on Sunday, and Valverde is confident his illustrious squad of players are ready.

“The friendly game we played during the tour is a reference point but that’s all. Now it’s different, there is a title at stake and they want to win it as well,” he said.

“We will have to give our best to win, they will be two tough matches. We are focused on the game and whatever the talk is, we are only thinking about that.

“We know how good Madrid are and they have a strong squad. They have just won the European Super Cup playing well but we just have to focus on ourselves.”