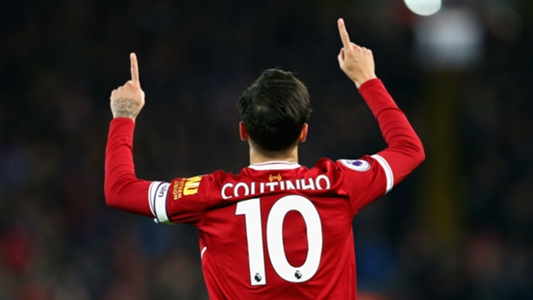 Ernesto Valverde hailed the “important” arrival of Philippe Coutinho as Barcelona prepare to present their record signing on Monday.

A deal reported to be worth up to £142 million was announced by Barca on Saturday, with Coutinho agreeing a five-and-a-half-year deal to swap Liverpool for the Camp Nou club.

Coutinho did not appear as Barcelona beat Levante 3-0 on Sunday to move nine points clear at the top of La Liga, with Lionel Messi scoring and providing an assist on his 400th league appearance.

But Valverde is delighted to be welcoming Coutinho to his Barcelona squad, the former Anfield star joining compatriot Paulinho among the club’s attacking midfield options.

“He can provide many things, especially in the construction of the game, because he relates well with the goal,” Valverde said at his post-match press conference.

“He can play both inside and outside. It is an important signing, which we followed a long time ago. We hope to help him, he can help us and give us many things.

Although Coutinho will undergo a photo shoot on Sunday, he will be officially presented as Barcelona player at their stadium on Monday.

Paulinho wrapped up Barca’s win over Levante by turning home Messi’s low cross and the Brazilian is ready to welcome his countryman to the club.

“Coutinho is a great player, he will help Barcelona to reach their goals,” Paulinho said.

“We’re comfortable, but every game is a final for us, we have to add points.

“I’m happy to score, but much more for the three points and for the victory in a competition that is difficult.”