?UEFA have moved to deny reports claiming that Argentina have been invited to abandon CONMEBOL and take part in UEFA competitions, amid the country’s row with the South American organisation over decisions in the latter stages of the Copa America.

VAR reared its head somewhat questionably as Brazil eliminated Lionel Messi’s side in the semi-finals, and although they won the third-placed playoff against Chile, their victory was overshadowed by a controversial first half incident that saw Messi and Gary Medel sent off.

In the wake of the incident, ?Messi lost his cool, slamming the officials as ‘corrupt’ in both instances.

“There was lack of respect toward us during this Copa America,” ?he said. “We could have done better, but they didn’t let us make it to the final.

“Corruption and the referees are not letting the fans enjoy football. This is ruining football.

“Maybe what I said last time played a part today. A yellow card should have been enough for both players.”

CONMEBOL were quick to vehemently deny the allegations, but reports soon emerged in Argentina claiming that Messi and co could walk from South American competition as a result, instead taking part in the UEFA Nations League.

In the latest update to the situation, however, a press release from UEFA has said there is ‘no truth whatsoever’ in these claims, while extending an invitation to Argentina to attend UEFA tournaments as guests if they do find themselves at a loose end.

“There is no truth whatsoever in the suggestion that Argentina has been asked to participate in UEFA competitions, nor to become a member of UEFA,” the statement reads. “UEFA has never entered into any discussions on this matter and would never do so.

“However, in the spirit of friendship and camaraderie and as an inclusive organisation, UEFA will, of course, invite Argentina as special guests to watch any UEFA competition at any time.” 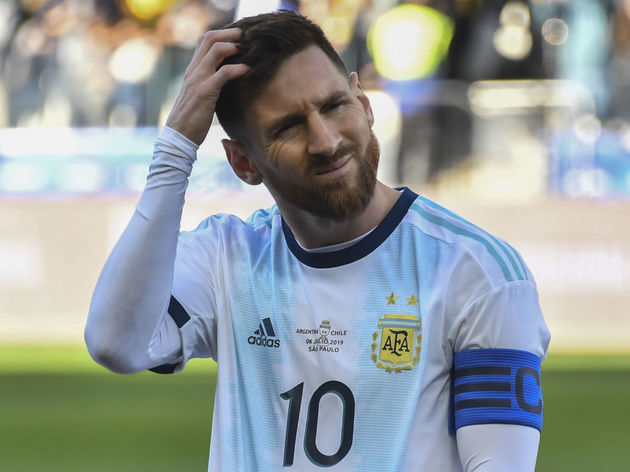 Argentina’s next scheduled match is a friendly rematch with Chile in September.