?UEFA have announced the shortlist of players nominated for positional awards for their performances during the 2018/19 Champions League campaign. 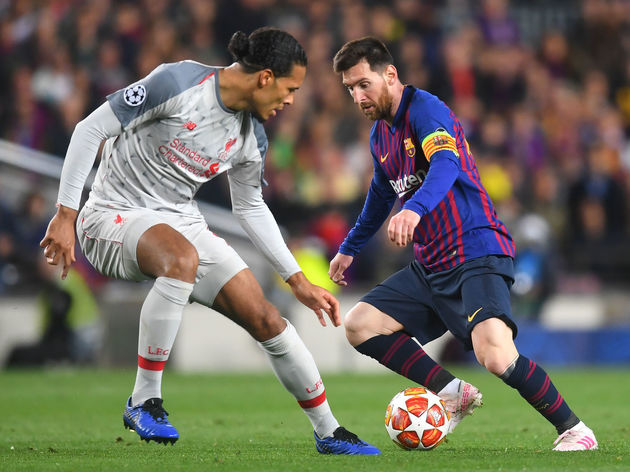 ?UEFA revealed that the Merseysiders’ opponents in the final, ?Tottenham Hotspur, have two representatives, with Christian Eriksen hoping to the win the Midfielder of the Season gong and Hugo Lloris making the cut for the goalkeeper award.

Spurs produced a historic comeback in the semi finals to overturn Ajax’s three-goal lead, though the Dutch outfit can take a bit of solace in the fact that a couple of their thrilling youngsters have been nominated.

Midfielder Frenkie de Jong and colossal centre-back Matthijs de Ligt have both been selected for their respective categories. The pair were churning out such remarkable displays last term that each has earned a lucrative move to one of Europe’s elite sides.

The latter will link up with Ronaldo at ?Juve following a £62m switch in July, whilst his counterpart has elected to join Messi at ?Barcelona, completing his transfer to Catalonia for £75m. De Jong and Messi are not the only Blaugrana men on the shortlist, however, with German shot-stopper Marc-Andre ter Stegen completing the lineup.

?Liverpool’s domination of the nominations is unsurprising given their spectacular march to ?Champions League glory in June, the Reds downing Tottenham 2-0 in the showpiece event in Madrid to lift their sixth European Cup.