A dreadful Barcelona side narrowly avoided one of their biggest ever shocks as Antoine Griezmann’s strike deep into injury time handed the visitors a 2-1 win over UD Ibiza, in turn breaking the host’s hearts and knocking them out of the Copa del Rey.

In stunning fashion the Spanish found themselves in front. Ángel Rodado won a free kick on the halfway line to relieve pressure, sending the ball out wide to Rai Nascimento, who fed Javi Perez to sidefoot an effort that went beyond Neto via teammate Josep Caballe Martin. ?Ibiza came within inches of doubling their lead before the break, with Nascimento sitting Frenkie de Jong down in the box but unable to add the finishing touch and crashing his effort off the far post. 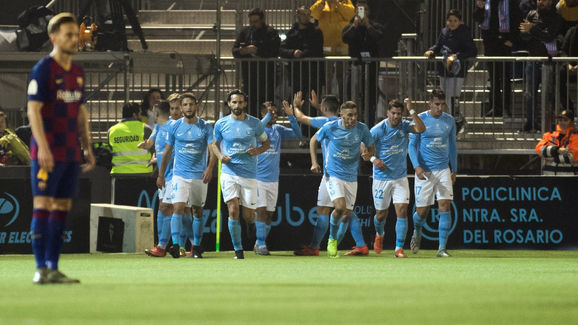 Yet, somehow the Catalan giants managed to pull it out of the bag in the dying embers as extra time loomed large, condemning the hosts to an exit from the competition they fought so valiantly in.

Sure, Barça won, but did they deserve it? No. Were they in any way shape or form good on the night? No. Will they care?… No. Nobody was good for Barcelona. Not one player.

Fati is trying to play forward, rest of the team are just sideways

Ansu Fati’s trying everything these bums are just tragic

Ibiza are back in Segunda Division B action as they host SS Reyes on Sunday, while Barcelona travel to Valencia for Saturday’s La Liga clash