?You better believe that we’ve got a bunch of juicy rumours for you to sink your teeth into.

They may be bang on the money, they may be total bu****it, they may well be somewhere in between the two. Whether they contain even a shred of truth or not, these proposed transfers will excite and entice or frustrate and fluster, depending upon which club you support.

Here’s a look at some crafty goings on at Manchester United and other stories filling the back pages. Antoine Griezmann will be leaving? Atletico Madrid very soon. It feels like we’ve been saying that since Queen Elizabeth II’s coronation, but it’s now been confirmed by the player himself, as well as his by the club’s president – so it must be true!

It should all be pretty straightforward, he’s switching to ?Barcelona, right? Wrong. Well, that’s what? The Sun are reporting, at least. The tabloid says that ?United are preparing a late £95m bid for the Frenchman in an attempt to prise him away from the clutches of the Spanish giants.

It’s utter tripe. The Red Devils are more likely to win next season’s? Champions League than successfully lure the Atleti talisman to Manchester. ?Mundo Deportivo – a newspaper renowned for its accuracy regarding

Japanese Starlet Pricing Himself Out of Barcelona Return So, we’ve established that Griezmann is indeed moving to Catalonia, but one player who may have squandered his opportunity to do so is Takefusa Kubo. You may or may not have heard of him yet, though you will likely know his name within a few years.

The 18-year-old spent four seasons in La Masia – Barcelona’s fabled academy – before returning home to his native Japan, where he has since established himself in the FC Tokyo first-team.

According to ?Mundo Deportivo, Kubo is once again on the radar of the ?La Liga champions, though his agent is holding out for a higher salary. That’s a silly choice, no individual is bigger than the club and the youngster isn’t going to get his way, no matter how talented he is. He has two options: drop his steep wage demands or drop the chance of a lifetime.

Fred Lined Up as New Midfield Enforcer for Roma Roma’s Portuguese coach Paulo Fonseca has identified a key position in his Giallorossi squad that, if strengthened, could be the foundation from which the team kicks on and develops. The role is midfield destroyer and the leading candidate is… Fred.

Yes, Manchester United’s Fred is their saviour, the man who can stop the collapse of Rome. Well, that’s what ?Il Romanista is saying. At first rather laughable given the Brazilian’s woeful showing in 2018/19, the transfer begins to make more sense when you actually think about it.

Fred was decent before his £52m switch to United. In fact, he was performing to such an impressive standard that treble-winning ?Manchester City wanted to purchase him before their neighbours made their approach. Plus, of course, Daniele De Rossi is gone; Roma need a new general in the centre of the park. The Giallorossi seem to be going on a flop shop. Alisson’s replacement – Swedish international Robin Olsen – hasn’t been up to scratch since arriving from Copenhagen last summer, so the Italians are lining up ?Liverpool reject Loris Karius.

?Fotomac state that the 25-year-old is still looking to end his two-year loan deal at Besiktas 12 months early. If he succeeds in doing so, then the? Serie A club will make an offer to the Reds for his services. Liverpool winger Ryan Kent enjoyed a superb spell at Rangers last term, but is now eager to avoid making another temporary move. That decision will frustrate ?Leeds United, who had been hopeful of securing the 22-year-old on loan.

?Goal report that Kent is only interested in two path ways. The first is to stay at Anfield and battle for a place in Jurgen Klopp’s senior squad plans, whilst the other is to force a permanent transfer elsewhere. If he chooses to take the latter, it will allegedly take £12m to convince his employers to part ways with their academy graduate. England international James Tarkowski recovered from a shaky start last campaign to finish the season on a high, putting in several immense performances at the back for ?Burnley. One of his best displays came in the 2-0 victory over ?Wolverhampton Wanderers in March, a club he may be turning out for come September.

According to ?The Times, Nuno Espirito Santo’s team have made an inquiry over the centre-back’s availability, though the Clarets are hardly desperate to sell. Tarkowski has three years left to run on his current contract and has forged a formidable partnership with fellow defender Ben Mee – why would Sean Dyche even consider sanctioning such a deal? 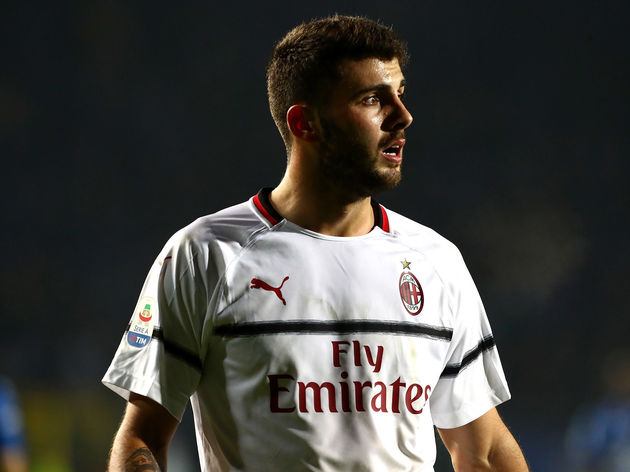 ?Milan are believed to be eyeing up Sassuolo midfielder Stefano Sensi, who made his debut for the Italian national side during the autumn. However, if the Rossoneri are to land their man, they will have to offer more than just money.

Their counterparts are admirers of Patrick Cutrone, say ?CalcioMercato. The 21-year-old has completed two full seasons at the San Siro, in which he has hit a combined 27 goals in all competitions, and the Neroverdi want to add him to their ranks.