Rumours, you gotta love ’em. And we’ve got quite the transfer kitty today.

From Manchester United maybe but probably not signing [insert literally any player] to Manchester City probably not (but maybe?) signing Kalidou Koulibaly (you know, the Napoli centre back who United also really want but won’t get), it’s all here.

Go on, indulge yourself in the ne’er ending possibilities. After a successful spell on loan last season, Aston Villa are desperate to bring in Manchester United defender Axel Tuanzebe on a permanent basis.

According to the Daily Mail, the Villans want to tie up an £8m deal for the 21-year-old, if possible. However, it’s understood that United are a bit reticent to lose the England Under-21 international at this juncture, and would prefer it if the centre back, who can also play at right back, popped back to Birmingham for another loan.

This is because, and don’t be surprised, United need full backs. No, Antonio Valencia and Matteo Darmian just won’t cut it anymore, which is why, as per Calciomercato, they’re in for Napoli’s Elseid Hysaj, because, well, for some reason, Carlo Ancelotti still wants Kieran Trippier. Barcelona and Valencia are set to complete a straight swap involving goalkeepers Jasper Cillessen and Neto, with both being valued at around €30m.

According to Mundo Deportivo, Cillessen is set to bring in roughly the same wahe as he did at the Nou Camp, while the 29-year-old Brazilian, who left Juventus and the shadow of Gianluigi Buffon in 2017 for increased gametime, will be rewarded for returning to the bench with a salary that should at least double his current earnings. 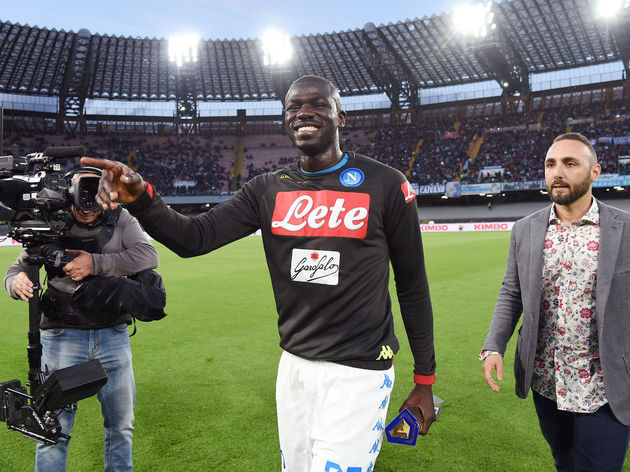 A myriad of publications have recently been reporting a Manchester City bid of £85m for Napoli’s much-coveted Senegalese centre back Kalidou Koulibaly, following on from a purported €80m offer from Real Madrid.

The thing is, at least when it comes to the Citizens, and at least per the Telegraph‘s James Ducker, it’s not actually true. The Manchester correspondent revealed on Twitter, in no uncertain terms, that, as it happens, ‘City are not after Koulibaly’.

That settles that, then. Or does it? And so begins another needless transfer saga (maybe). Speedster and spitter extraordinaire, Douglas Costa is a wanted man this summer. As such, meetings will be had, business discussed. Which is where business experts Paris Saint-Germain come in.

According to France Football, as relayed by Get French Football News, Costa’s representatives met with PSG’s suits in the last 24 hours, in the hopes of taking the 28-year-old Brazilian to the Parc des Princes. However, in a brief but telling interview with ?Calciomercato, Costa affirmed his desire to stay at Juve:

“Future? I have others three years of contract with Juventus and I am convinced to stay. Now everything is new with the coach and I will stay here.” Manchester United goalkeeper David de Gea has been left in the dirt, bereaving his contractual bargaining chip, after reports (emanating from the Sun) revealed that Paris Saint-Germain have turned their attention to AC Milan’s Gianluigi Donnarumma.

Having been initially willing to test United’s resolve with a £60m bid, PSG have re-signed sporting director Leonardo Araujo from Milan, who is none to keen on bringing in the Spanish custodian, preferring instead the boy-mountain from Italy, who would cost the same amount.

With Real Madrid still persevering with Thibaut Courtois, this leaves De Gea in a sticky spot, in that he’ll probably have to stick around at Old Trafford. Sad times. Watford have entered into discussions with the agent of PSV Eindhoven midfielder Gaston Pereiro, with the 24-year-old possessing just a year left on his contract with the Dutch side.

According to the Watford Observer, Pereiro was initially offered to AC Milan, but his agent has decided to skip the gothic cathedrals and fountains for sunny Hertfordshire. Reports from the Netherlands have helpfully stated that the fee required will be a ‘double-digit number of millions’, though, thankfully, Gianluca Di Marzio has also had his say, with an estimate of £18m, which would be highly reasonable. Roma have slapped a £63m price tag on the shoulders of Italy Under-21 starlet Nicolo Zaniolo, in an attempt to ward off considerable interest from Tottenham.

According to Sky Italia, La Lupa will not settle for anything less than that figure for Zaniolo this summer, as they are determined to keep the playmaker in their grasp. It will likely to be too steep a climb for Spurs, who prefer the cut of Tanguy Ndombele and Giovanni Lo Celso’s jibs, both of whom would demand similar fees. 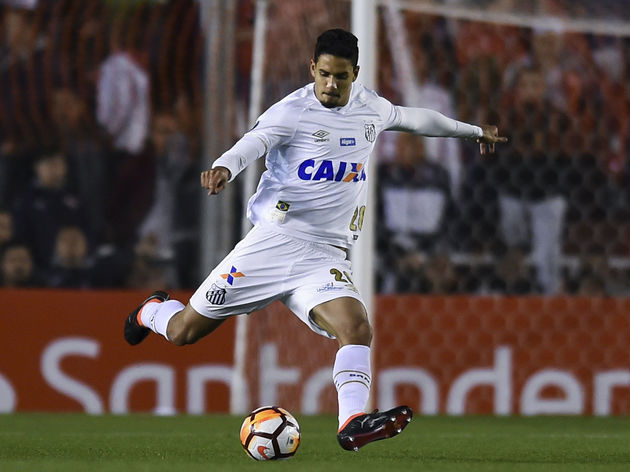 Not satisfied with resting on their Premier League survival laurels, Crystal Palace are looking to kick on this summer, in hopes of a greater season in 2019/20.

A big part of this revamp could be Santos centre half Lucas Verissimo, who is considered one of the most promising defenders in South America. Handily, as per Futebol Interior, the 23-year-old could be available for as little as £7m. ?Noice.