With the January window coming onto the horizon, then, you can just about hear the low rumble of the rumour mill, as it gingerly begins the process of churning out the sort of unreadable nonsense we all live for in these times.

None of us really enjoy it, but what are we gonna do, not take lazy transfer stories about our clubs as if they’re stone-cold fact? Behave.

Leicester and Newcastle to Joust Over Metz Striker ?Leicester are reported to be at the front of the queue for FC Metz forward Habib Diallo, who has set Ligue 1 alight with eight goals in 12 games – putting him up there with Wissam Ben Yedder and Moussa Dembélé in the scoring charts.

This one comes from ?the Express, who say the Foxes are primed to make a move for the 24-year-old Senegal international, who topped the Ligue 2 scoring charts to fire Metz back into the top flight last season.

?Newcastle are mentioned as ‘competition’ for the striker, who is valued at the seemingly-too reasonable price of £7m, although with Joelinton, Andy Carroll, Dwight Gayle and Yoshinori Muto already on the books, this one seems a touch unlikely.

Mark Bright Says Something Vague and Meaningless About Wilfried Zaha “If one of the big clubs comes knocking, it is difficult to hold them back but what the club says, and what every club should say, is that we want a fair price for the player.

“If someone wants him, come up with a good offer and Steve (Parish, Palace chairman) won’t stop him. He would go with the club’s blessing.”

Did anyone learn anything new from this? No? OK, not to worry, next please 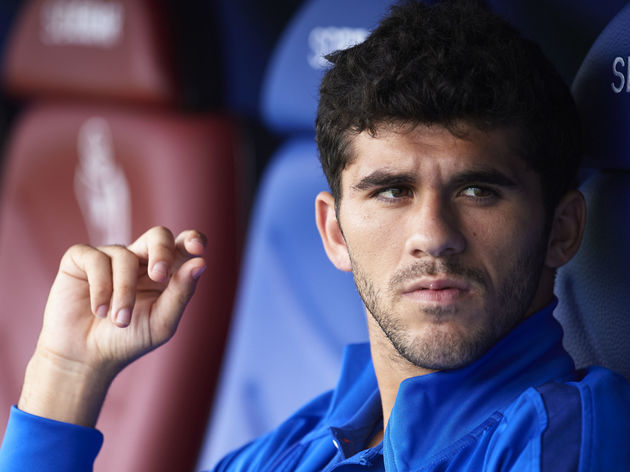 ?prefer to send him to another La Liga club to gain experience, according to reports in Spain. A loan to a Champions League competitor (albeit a presently weak one), meanwhile, is hardly likely to be high on their list of options. But we’ll see.

Mariano and Brahim Diaz Heading for the Exit Door Over in Madrid, there could also be movement out, as Diaz duo Mariano and Brahim could be heading out after falling victim to the needlessly intense competition for places in the Real side.

Much was made of Brahim’s £15m move from Manchester City in January, while Mariano was touted as the long-term replacement for Karim Benzema when he was re-signed from Lyon last summer. Between them, however, they’ve managed one solitary minute of football this season, and could be farmed out in January according to ?Marca.

Mariano is yet to feature at all, and Real are keen to find a permanent buyer as soon as they can, while the idea is to loan out Brahim – still only 20 – to gain some first-team experience. Manchester United are at risk of history repeating itself, according to the ?Daily Mail, as 19-year-old Tahith Chong could reportedly pull a Paul Pogba and move to Juventus once his contract at Old Trafford expires in the summer.

Chong is highly-rated by Old Trafford chiefs, but has managed just four appearances this season – a start apiece in the Europa League and EFL Cup and a couple of substitute cameos in the Premier League. His contract is up in the summer and a deal is yet to be reached over a new one.

They say that Juventus had a scout watching the recent Under-23 clash with Stoke City, in which Chong scored, although that alone does appear to be the entire foundation for their story – so we can perhaps put a pin in this one for now.