?Do you hear that? That’s the sound of the transfer news klaxon – it’s roundup time.

This summer is shaping up to be a memorable one, and the fun is definitely just getting started. Grab your popcorn (no, go on – it’s a beautiful summer day after all) we’re in for a treat. ?Whether you agree with Marcelo Bielsa’s tactics or not, you have to admit that ‘Spygate’ – when Bielsa sent a ?Leeds United employee to spy on Frank Lampard’s ?Derby County – was one of the most intriguing moments of the ?Championship season. Well, it looks like it could come back to bite Bielsa.

?The Sun claim that Leeds are keen on a loan deal for ?Chelsea youngster Jake Clarke-Salter, but there’s one problem – they may have to deal with Lampard. The 40-year-old is nearing the Stamford Bridge gig, and it will be up to him whether he sanctions a move to Leeds for Clarke-Salter.

Lampard probably won’t love the idea of strengthening a side who spent the majority of last season mocking him. How’s that for karma? ?West Ham United deserve a lot of credit. They are constantly on the lookout for new signings and they rarely accept defeat, even if they get rejected over and over again.

Their struggles are epitomised perfectly by their pursuit of midfielder Milan Badelj. The Hammers wanted him last year, but he wasted little time in turning them down. Now, he finds himself back on the market, and Il Tempo (via ?Sport Witness)? claim that the Hammers are back for round two.

Will they be successful this time? Who knows. He clearly isn’t a huge fan of the idea of joining the club, so it might just be time to let this one go. After all, there’s plenty more fish in the sea.

After watching Shkodran Mustafi cause one calamity after another last season, 21-year-old ??Arsenal

Man City & Man Utd to Battle for ‘Next Thiago’

Pep Guardiola is always linked with a move for ?Bayern Munich’s Thiago Alcantara, but it rarely looks possible. So, he has come up with an alternative, and that is Hoffenheim’s Ilay Elmkies.

The 19-year-old midfielder has been dubbed ‘The Next Thiago’ which, according to ?The Sun, is all Guardiola needs to know. ?Manchester City are now thought to be ready to push for the Israeli youngster, but they face competition from cross-town rivals ?Manchester United, as well as the optimistic West Ham.

He could be available for just £2.5m, which might come as a shock to Guardiola. You can just see him crossing out a few zeros on the cheque with a stunned look on his face. It seems like Jack Butland has been the subject of speculation since the day he was born. Here we are again, with ?Aston Villa and ?Bournemouth keen to offer him a way back to the ?Premier League, but it’s not looking good for them.

?The Mirror claim that ??Stoke City are determined to get £30m for the 26-year-old, which is ambitious to say the least. The Potters are nowhere near promotion back to the top flight, and Butland is said to be aware that he needs to leave for the good of his career.

Manager Nathan Jones told the ?Stoke Sentinel that Butland should be playing at a top-tier club, before claiming that Stoke are just a struggling Premier League side. Well, that’s just not true, although the ‘struggling’ part certainly is. 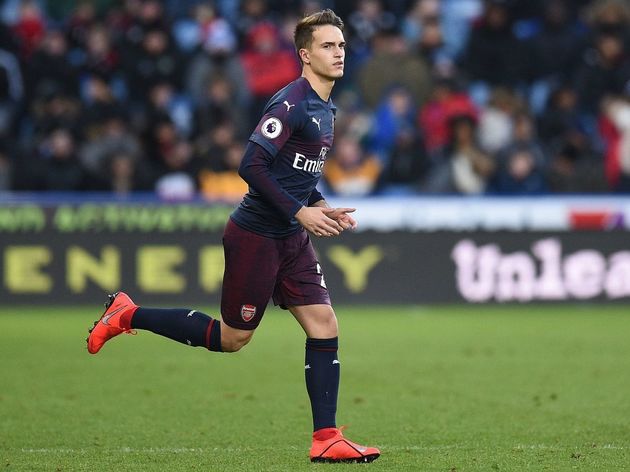 Denis Suarez’s loan move to Arsenal was supposed to be the catalyst to revive his career. However, it has had the exact opposite effect, and he now finds himself desperate to find another chance to shine away from ?Barcelona.

He had been nearing a move to Valencia, but ?Marca claim that talks between the two parties collapsed, allowing Celta Vigo to swoop in and strike a deal.

?The 25-year-old desperately needs a fresh start, and a move back to his boyhood club might be exactly what the doctor ordered. For his sake, let’s hope that’s the case.