Yes, the Premier League title race is enthralling. Yes, the battle for the top four is so bad you can’t take your eyes off it. And yes, the Champions League semi-finals are shaping up to be some of the most memorable in recent history.

But does any of that matter when it’s transfer rumour season? 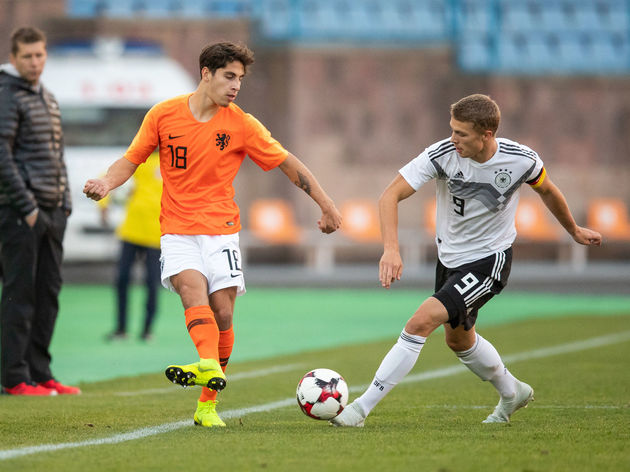 Groningen president Hans Nijland seems to be resigned to the fact that Barcelona will be able to prize 18-year-old Ludovit Reis away from the Eredivisie outfit’s grasp, as he told Fox Sports (via ?Marca): “We’re seriously considering the possibility that he leaves for Barcelona next season.”

Nijland also confirmed that delegates from Barcelona have recently held talks regarding the availability of the youngster. Despite his tender years, Reis has been making a name for himself this season, making 27 league appearances. It’s looking increasingly likely that there’s going to be a Dutch revolution at Barça.

AC Milan in for Everton’s Richarlison Despite Huge Price Tag Many scoffed at the huge fee ?Everton forked out for ?Richarlison, but the Brazilian has been able to prove his worth for the Toffees this season, bagging 13 Premier League goals.

While a summer move is incredibly unlikely, ?Calciomercato are reporting that ?AC Milan are willing to try their luck. The report claims that if Milan are willing to delve deep into their pockets then there’s a small chance they may be able to twist Everton’s arm by offering no less than

If he does end up leaving Everton, ?Fulham’s season was undeniably miserable, but there were a few (very few) players to come away with their reputations relatively unscathed – one of which being Ryan Sessegnon.

The youngster is almost certain to be on the move after the Cottager’s inevitable relegation to the Championship was recently confirmed and ?Tottenham are one of the front runners to land his signature. However, according to ?The Express, Spurs will face stiff competition in the shape of European heavyweights ?Juventus.

Fulham would be looking to raise around £40m for Sessegnon and, given how tentative Spurs have been in the transfer market of late, I Bianconeri may have the edge in this one. ?Watford have done a remarkable job under Javi Gracia this season, but there is no use in standing still and resting on your laurels when it comes to the transfer market.

The Hornets clearly recognise this and, according to ?HLN. they’re paying close attention to Gent midfielder Reece James is one of about 27,500 ?Chelsea players currently out on loan but, judging by his performances with Wigan this season, there’s actually a (small) chance he’ll have a sustained future with the Blues.

Not if ?Manchester United can help it. ?The Daily Mail claim that the Red Devils have been keeping an eye on the 19-year-old all season and could be prepared to make a move for him during the summer transfer window.

Interestingly, James’ sister Lauren currently plays for United and recently helped them to win the Women’s Championship title. Maybe she’ll be able to put in a good word for her brother.