Coach Tite is unlikely to make wholesale changes to his side for Friday’s BGT clash with Japan, but could test some alternatives in his preferred XI

Brazil took to the training field for this first time on Monday as the Chevrolet Brasil Global Tour arrived back in Europe.

The five-time world champions are in Paris for three days prior to travelling up to Lille, where they will meet Japan on Friday before Tuesday’s clash with England at Wembley.

Tite lead his team onto the field at Stade Chaterly for a session that saw a number of his squad sit out of some of the activities.

A handful of local players – including Tim Weah, son of former World Player of the Year George – were drafted in for a short 7-a-side, played first without goalkeepers while coach Taffarel put Alisson, Ederson and Cassio through their paces.

Alisson, Neymar, Willian, Paulinho and Danilo were joined by a couple of extras on one side, hinting that perhaps the latter two are in line to start against Japan.

Tite isn’t expected to make wholesale changes for Friday’s clash in Lille, but is rumoured to be keen to test a couple of alternatives in his preferred starting line-up.

Neymar missed PSG’s win over Angers at the weekend but participated fully in training on Monday and doesn’t appear to be an injury concern.

Philippe Coutinho, meanwhile, has been out of action with his club, Liverpool, and took part in light warm-up exercises at Stade Chartely.

Team doctor Rodrigo Lasmar then told a press conference that Coutinho was unlikely to be fit and available for selection on Friday.

Coutinho will remain with the squad, however. 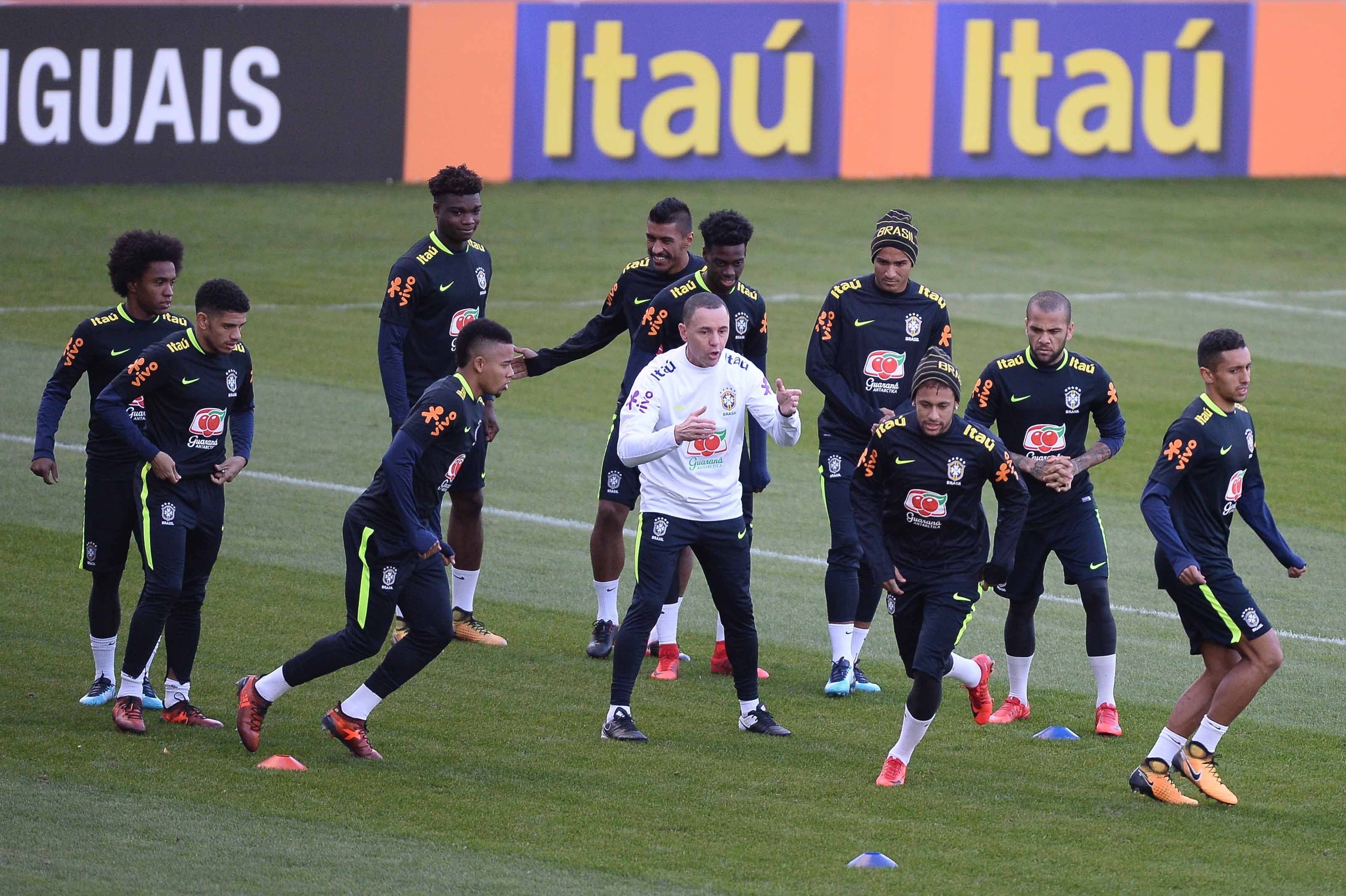 “Coutinho is in the final phase of his recovery and we knew he would not arrive fully fit, but we chose for him to finish his recovery with us,” said Lasmar.

“The possibility of him playing against Japan is remote, but we will work to make him available against England.

“He will likely have to be on the bench, and could maybe only manage a few minutes. There is only a small chance of that, but we will work hard to get him fit for the second game.”

Brazil return to the training filed on Tuesday, when they will head to Parc des Princes to continue preparations ahead of this month’s Brasil Global Tour dares with Japan and England.