Spirits were high at the Mineirao on Tuesday as Neymar and Co. made a little bet with the goalkeepers during shooting practice

On Tuesday, Brazil took the field at the Mineirao stadium for their second training session ahead of Thursday’s World Cup qualifying showdown with Argentina.

It was the first time the team had set foot on the field in Belo Horizonte since their infamous 7-1 World Cup 2014 semi-final defeat to Germany.

READ MORE:
The Boy who met hero Neymar only to find a new one in Tite | Superclasico: More than just Messi vs Neymar

Early on in the session, coach Tite called over Filipe Luis and Marcelo for a brief chat. Left-back is the only place up for grabs this week, after an injury to Marcelo saw Filipe Luis start both of last month’s qualifiers. And it appears Marcelo has got the nod to return.

Then the players then did their warm up at the edge of the field before splitting into groups for rondo-style passing exercises. 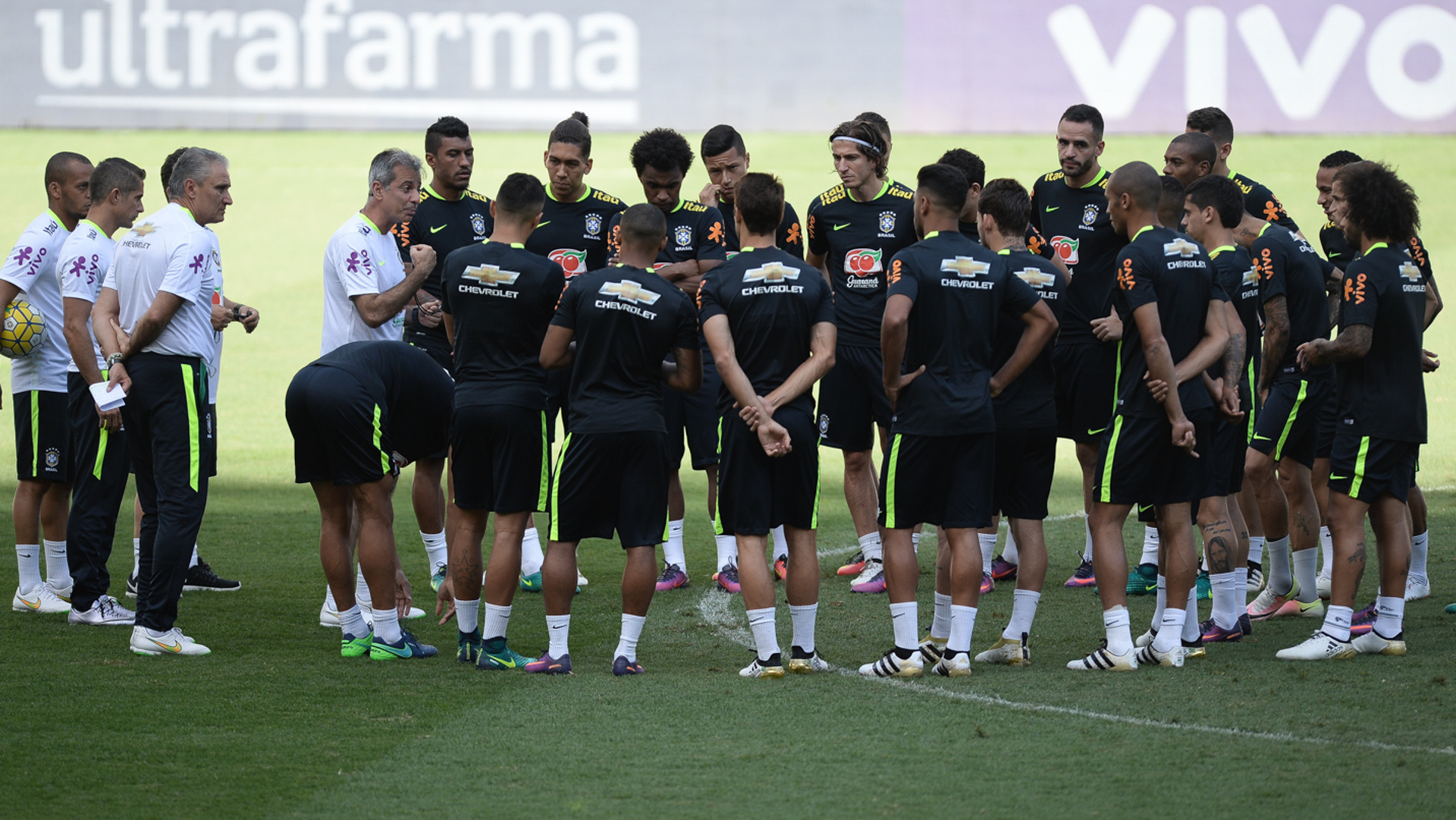 Once again, Tite made no attempts to hide his working starting XI, and Brazil are expected to line-up against Argentina as follows: 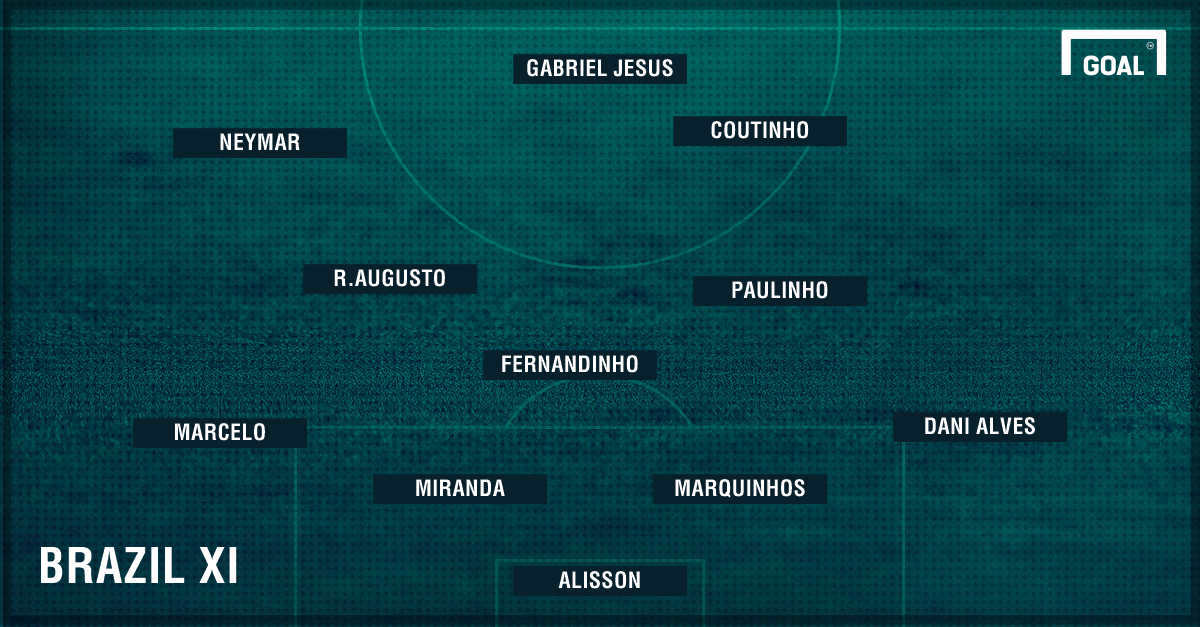 Tite again led drills designed to work on the team’s movement and rotation when in possession, but this time also had the team work on a number of crossing exercises – even getting on the ball and sending some of his own into the box.

The session in ended in typically light-hearted fashion, as the outfield players made a bet with the goalkeepers for shooting practice.

Whenever a goal was scored, the ‘keepers had to do push-ups, while a save would result in a workout for the outfield players. Even goalkeeping coach Taffarel had to perform the forfeit.

There has been a palpable change to the atmosphere in the squad since Tite’s arrival and, with four consecutive victories under his leadership, spirits remain high in the Brazil camp this week. 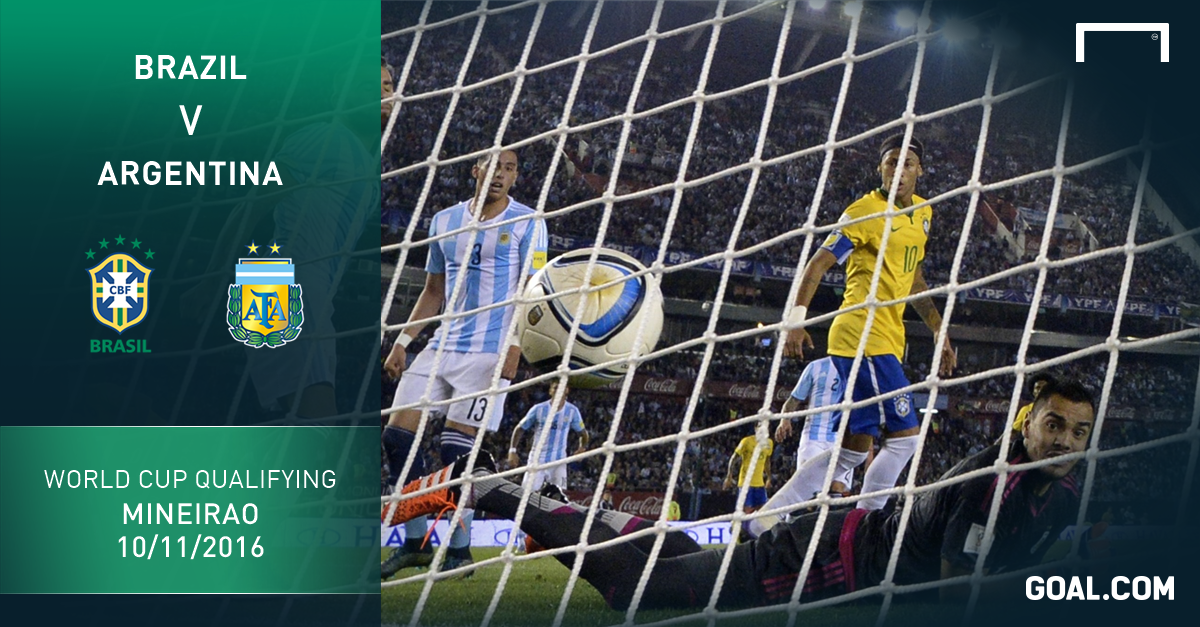