Tottenham striker Harry Kane has been named the PFA Young Player of the Year, seeing off the challenge of Chelsea’s Eden Hazard, who has won the main award.

Having struggled to feature in the early months of the campaign under Mauricio Pochettino, Kane scored his first league goal at the start of November and has in fact reached his tally of 20 in just 25 matches.

The 21-year-old has scored 30 in all competitions for his club, and another one on his England debut just 79 seconds after coming off the bench against Lithuania at the end of March. 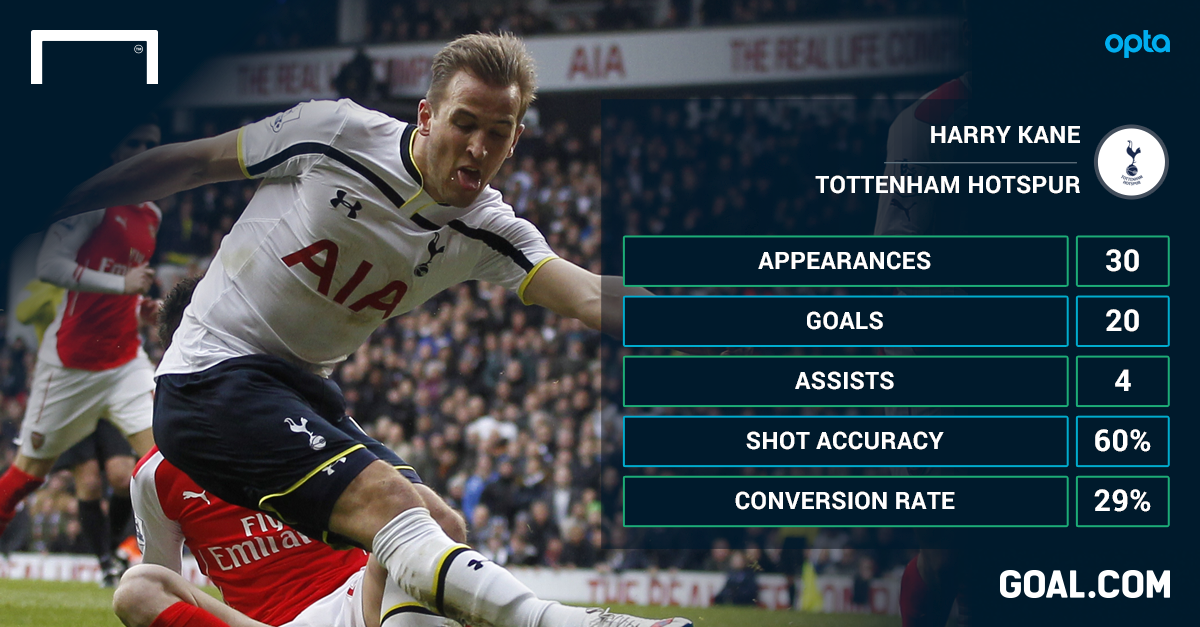 Last weekend he became the first Tottenham player since Gary Lineker in 1991-92 to score 30 goals in all competitions, and became the fourth Spurs man, alongside Teddy Sheringham, Gareth Bale and Jurgen Klinsmann, to hit 20 in a single Premier League season.

He also became the third man in history to score 20 league goals at the age of 21 or under, joining Chris Sutton and Robbie Fowler.

Those feats saw him installed as the early favourite to be named the best youngster in the division by his peers, and he has successfully overcome challenges from Hazard, Liverpool’s Philippe Coutinho and Manchester United goalkeeper David De Gea, who were all also nominated for the senior award.

Another Liverpool forward, Raheem Sterling, and Chelsea keeper Thibaut Courtois made up the six-man shortlist.