Mauricio Pochettino is currently preparing for the biggest game of his managerial career, as Spurs take on Liverpool in next month’s Champions League final, but it looks like the Argentine boss is already plotting for next season. According to ?Sport, ?Tottenham?Barça?Andre Gomes

Gomes has already gained one season of Premier League experience after spending the current campaign on loan at ?Everton, making 29 appearances during his spell at Goodison Park, with the Euro 2016 winner ?reportedly closing in on a €30m transfer to Tottenham. 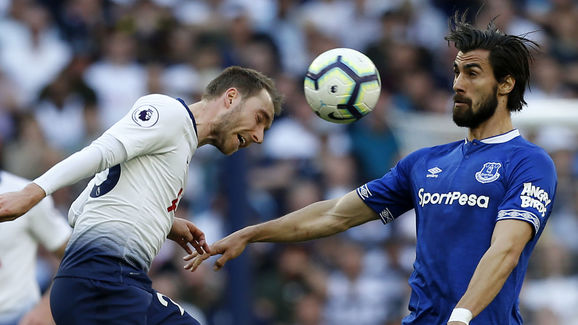 The Toffees’ loan deal for the Portuguese midfielder includes an option to buy, but Spurs’ offer is said to be higher and Gomes would favour a move to the Champions League finalists.

Meanwhile, Malcom only joined the Spanish champions last summer from French side Bordeaux but has struggled to gain the trust of Ernesto Valverde at the Camp Nou, where he made just six league starts in his debut season.

Brilliant performance considering the fact that he rarely gets a chance. pic.twitter.com/vgpfYMpmcH

Pochettino famously failed to sign a single player during last summer’s transfer window, with Malcom’s compatriot Lucas Moura the last player to join the Lilywhites back in January 2018.

However, it looks like Spurs will be entering the market this time around as they look to build on another impressive season, which could see the north London side lift the Champions League trophy for the first time in their history next month.