?We were treated to some absolute crackers last weekend – as has become something of the norm this season – with upsets galore across Europe after another exhilarating round of fixtures.

This weekend promises to be no different, as the fixture Gods have coughed up another batch of mouth-watering ties that will certainly require your attention unless, y’know, you have something ‘better’ to do with your time.

In all corners of the continent there are games to look out for, but here are seven of the tastiest clashes across the footballing calendar. In case you weren’t aware, ?Tottenham are in disarray.

A dismal run of form in 2019 still yielded a Champions League final appearance, but their struggles in domestic matters were compounded with a bitterly disappointing Carabao Cup exit at the hands of lowly Colchester United. Two wins from their opening six league matches leave Mauricio Pochettino’s side seventh in the ?Premier League, and anything other than victory on Saturday will increase the pressure on the Argentine ten-fold.

The ?Saints fell to a 3-1 defeat against Bournemouth in their last league clash, but despite sitting six places below Spurs, are only one point adrift of the north London side. Furthermore, humbling their local rivals in the Carabao Cup could give them the lift they need to replicate Newcastle’s success earlier this season. 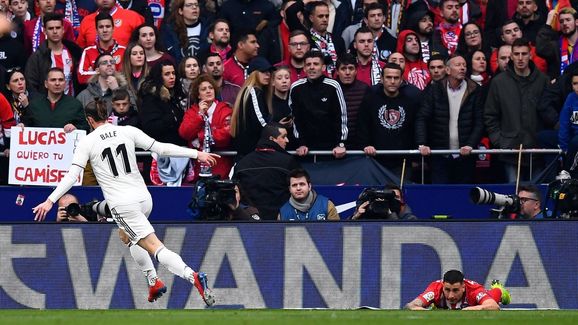 The importance of Saturday’s clash was made all the more evident after both sides chose to rest key players for their respective midweek excursions. Alvaro Morata could have returned to the Santiago Bernabeu for the first time with the Rojiblancos had he not have been sent off against RCD Mallorca, but there are still plenty of battles to watch out for in the Spanish capital.

The last time these sides met was in pre-season, where ?Atletico ran out remarkable 7-3 winners. And, if that is anything to go by, we’ll set to be treated to something special.

Sitting pretty atop ?La Liga without looking spectacular, the league leaders will have the perfect opportunity to stamp their authority on the division with victory over their cross-city rivals. Likewise, just one point adrift of ?Los Blancos in second, Atletico could do the same and leapfrog Zinedine Zidane’s men into first place. This is the game to watch this weekend. 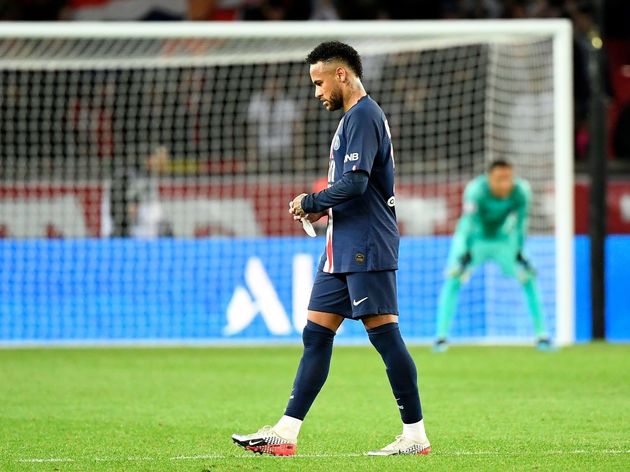 For once it appears we may have a slightly tighter Ligue 1 battle than in recent seasons, after PSG fell to their second defeat of the season with a shock 2-0 loss at home to Reims.

While they still occupy top spot in the division, two losses so soon into a campaign is unheard of for the French giants. Therefore, fifth-placed Bordeaux may pose a decent threat to Les Parisiens when the champions come to town. Since an opening day defeat to surprise package Angers they’ve remained unbeaten, so another shock could be on the cards in the South-West.

Saturday: Sampdoria vs Inter (Serie A) You want goals? This is how you’ll get goals.

While ?Inter sit atop ?Serie A without dazzling, they travel to northern Italy to take on a Sampdoria side that are rooted to the foot of the league table. With 11 goals conceded in their five games this season, Saturday presents Antonio Conte’s side with the perfect opportunity to go attack-heavy and boost their goals difference – even if it still sits at a healthy league-high +9.

No side in Serie A has looked on top of their game thus far, but with ?Juventus breathing down their necks, the Nerazzurri could turn on the style at the Stadio Luigi Ferraris. A quick glance over at the Spanish league table may have you double-taking. Yes, that’s right, after six matches, ?Barcelona are fifth. A somewhat unfathomable scenario is actually developing before our eyes, as a miserable 2-0 defeat away at Granada handed La Blaugrana their second defeat of the season – which was followed up by an unconvincing win over Villarreal.

With mid-table Getafe next on the fixture list, nothing other than a convincing win will do as they look forward to a ?Champions League clash with Inter next week. Ernesto Valverde’s men are under pressure, so in the absence of ?Lionel Messi it may be time to unleash 16-year-old sensation Ansu Fati once more. A fixture that may on paper seem uninviting, when you consider that ?Leicester?Newcastle

If ?Jamie Vardy and co keep up their fine form then the early season predictions of them breaking into the top four may very well have had legs after all. The club have been solid all season, barring the slip-up at Old Trafford, and will rate their chances over overcoming a beleaguered Magpies side.

?A superb victory over Tottenham aside, Newcastle look exceedingly poor, and this clash will test Leicester resolve against heavily defensive outfit. During the late 1990s and early 2000s, this was England’s answer to El Clasico. The two giants of English football were battling it out over titles, and the clashes between the two often boiled over into on-field (and off) scraps.

Nowadays, its all about securing top-four football with these two, but it doesn’t detract from what is more often than not a tasty encounter between two clubs who are still among the most decorated in the division.

Given the state of ?United this season – and the host of injuries they must contend with – ?Arsenal may very well be heading to Old Trafford as favourites. However, you have to go back to September 2006 to find the last time the Gunners emerged victorious in the north-west, as