?It’s one of those old adages that Barcelona superstar and five-time Ballon d’Or winner Lionel Messi fails to shine against the defensive grit and backs to the wall defending of Premier League sides.

He can’t hack it. Can he really do it on a cold and rainy night at Stoke? The questions and statements have been long and tiresome, and one of those ancient myths passed down from generation to generation, losing substance as it goes along. 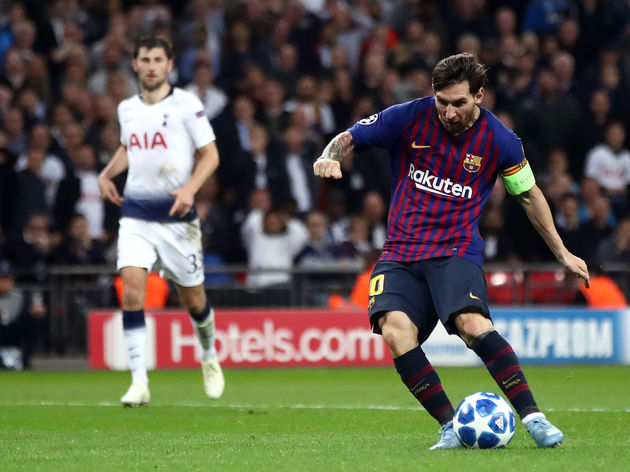 The fact is, after his exploits against Tottenham in the group stages of the Champions League this season, ?Messi has scored 22 goals against English clubs; more than any other player in the competition.

The Argentine was particularly sublime at Wembley against Spurs, where he effectively single-handedly inspired Barcelona to a victory. Who can even forget the numerous times he tormented Arsene Wenger and Arsenal in the last 16 of the competition earlier this decade.

The bigger the occasion, the bigger the performance, and with the Catalan giants being drawn against ?Manchester United in the quarter-finals of the competition this year, Messi will have fond memories of playing against the Red Devils.

Lionel Messi has scored more Champions League goals (22) against English clubs than any other nation.

Another chance to increase that lead against Man United. pic.twitter.com/KHUNvbra4w

The 31-year-old has two goals against United in the Champions League, and to back up the point mentioned earlier, both were scored in the showpiece finale.

Almost a decade ago, Messi got the better of long-time rival Cristiano Ronaldo to score a stunning looping header to cap off a 2-0 triumph in Rome, and then in a vintage display at Wembley in the 2011 final, inspired ?Barcelona to another Champions League triumph over the heartbroken Red Devils. 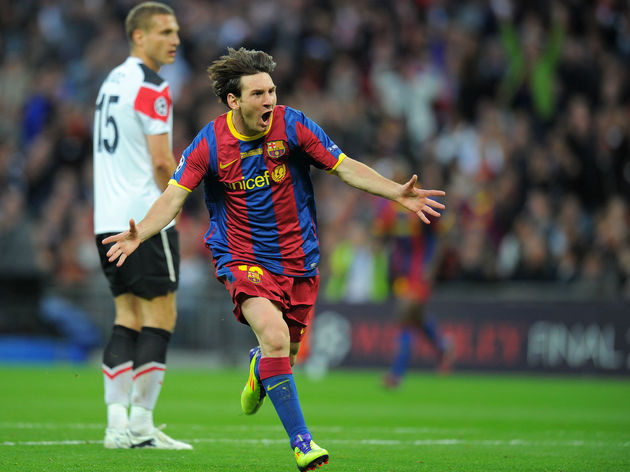 Both times the pressure was on. Both times the little Argentine stepped up. When the Catalan giants take to the field once again against United in the last eight of the Champions League, Lionel Messi will once again relish being at the heart of ending an English side’s dreams in the competition.