?In the end it proved little more than a consolation goal, but Jadon Sancho’s strike in Borussia Dortmund’s 3-1 defeat to Barcelona was a historic one.

Sancho became only the fourth different Englishman to score a Champions League goal against Barcelona at Camp Nou – joining some pretty esteemed company – and he is only 19 years old.

Seen as the height of footballing stardom, Camp Nou has only ever been silenced by four English players in Europe’s elite competition.

So without further ado, here they are: The 19-year-old English winger is quickly establishing himself as one of the hottest prospects in world football, and a goal in front of the Catalan crowd doesn’t do him any harm.

It was a cracker too. The ball played into him by Julian Brandt, Sancho swivelled, took two more touches and fired high into the ?Barça net from just inside the box, leaving the keeper helpless.

While it proved to be somewhat of a meaningless goal for ?Borussia Dortmund, there is no doubt that it will be one of Sancho’s finest footballing memories for years to come. At a ground synonymous with lovely passing moves, Dwight Yorke and Andy Cole taught Barca a thing or two in ?Man Utd’s 3-3 ?draw at Camp Nou in 1999 – with the latter grabbing a vital goal.

On the way to lifting the trophy, Cole and Yorke combined to score one of the goals of the competition when Yorke’s dummy, followed by a swift one-two, was coolly converted by Cole in a thrilling encounter.

Man United went on to win the ?Champions League that year following a stunning final victory over Bayern Munich where two injury-time goals saw the Red Devils pull off one of Europe’s greatest comebacks. 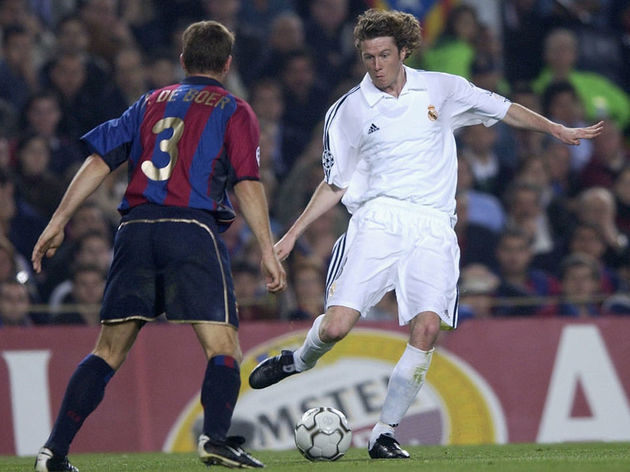 McManaman is loved on Merseyside and in Madrid,? and that’s in no small part (for the latter fanbase at least) down to the fact that he scored in one of Los Blancos’ great victories over rivals Barcelona at Camp Nou.

In the first leg of the 2001/02 Champions League semi-final, Spain’s fiercest competitors faced one another, with a place in the final to boast. McManaman’s sumptuous chip, added to the effort already scored by current ?Real Madrid manager Zinedine Zidane, saw the visitors triumph 2-0.

Following McManaman’s goal, Madrid found their way to the final and beat Bayer Leverkusen 2-1 to lift the trophy.

It’s looking good for Sancho this year, isn’t it? 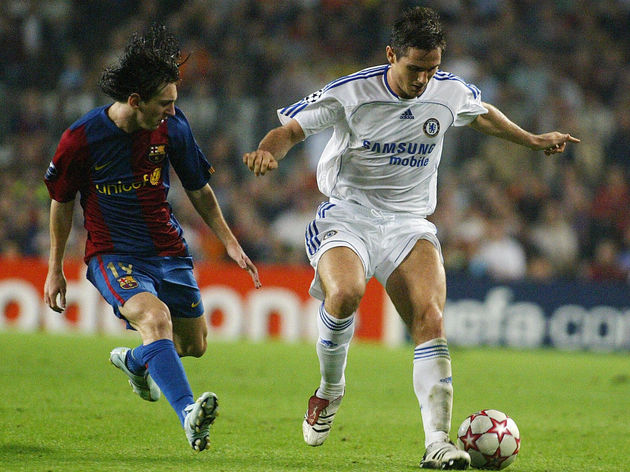 On Halloween 2006, we witnessed something rather scary and rather spectacular at Camp Nou. No it wasn’t ?Lionel Messi, or Xavi, or Andres Iniesta…it was Frank Lampard.

The English midfielder and current Chelsea boss scored a sublime chip from the byline, lofted over the head of Victor Valdes and stunning Barcelona. It was one of the greatest goals (if he meant it…which he claims he did) in Champions League history and helped the Blues earn a 2-2 draw against the Catalan side.

?Chelsea didn’t go on to win the competition though. Sorry Sancho.