?Barcelona and Real Madrid are set to do battle in the race to sign Japanese prospect Takefusa Kubo from FC Tokyo.

The youngster was previously on the books in Catalonia and was one of the signings which Barca were punished by FIFA for over the transfers of underage players, as the player was not even a teenager at the time. However, Kubo, who is known as ‘Take’, is set to turn 18 in June and that could pave the way for his return to Europe. As per ?Marca, ?Barcelona are already plotting his return to Camp Nou, though the La Liga champions with face competition for his signature from arch rivals ?Real Madrid.

It is said that PSG have also approached Take’s agent to register their interest in the attacker, who is able to play either as an attacking midfielder or as a forward.

However, after spending four years in Barcelona’s youth academy between 2011 and 2015, it is suggested that the Catalans hold an advantage over their rivals in a potential race to sign the youngster, as Take apparently has a ‘commitment’ to the Blaugrana should he return to Europe.

Ernesto Valverde’s side are widely reported to be in the market for attacking reinforcements this summer, particularly with the need for a successor for 32-year-old ?Luis Suarez, though Take is recognised more as a playmaker than as a goalscorer.

Barcelona had recently believed that a deal to seal Take’s return to Catalonia had already been sealed, though certain ‘obstacles’ have since emerged which mean that there is still some work to be done.

Given that Take will only turn 18 in June, it is likely that he would be more closely involved with Barca’s youth setup should he complete his return to Spain, though Ernesto Valverde showed his willingness to integrate the club’s youngsters in Saturday’s game against SD Huesca. 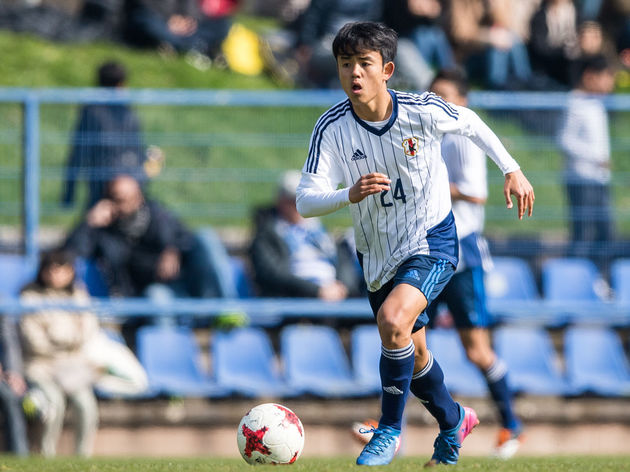 The Spaniard handed academy graduate Riqui Puig among others his La Liga debut in the 0-0 draw, meaning that Take’s potential route into Barca’s first team may not prove too clouded.