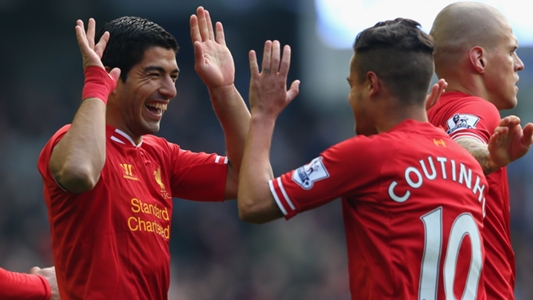 Barcelona forward Luis Suarez hailed “elite players” Antoine Griezmann and Philippe Coutinho as the duo continue to be linked to the LaLiga giants.

Atletico Madrid star Griezmann and Liverpool attacker Coutinho are reported to be targets for Barca.

Suarez, who played with Coutinho at Anfield, lauded the pair and said Barca were always looking to bring in the best.

“Both Griezmann and Coutinho are elite players that are playing at the top level,” the Uruguay star told RAC105.

“They are where they are for a reason. They’re both young and have long careers ahead of them. And Barca always want the best players.”

Griezmann, 26, has scored five goals and assisted three others in LaLiga this season.

While the France international plays a similar role to Suarez, the forward said the pair could feature together.

“If you look at him at Atletico he needs to play with a number nine. He’s not a fixed number nine,” Suarez said.

“Obviously, Griezmann would come here to add to the team and to help the side in the position that the coach wants him to play in.”