Palpatine didn’t care how much it would cost to achieve what he wanted, how many toes he would have to step on, or how many corners he would have to cut to, it was always going to be his self-proclaimed destiny to ‘rule the galaxy’ which prevailed.

On top of that, the Emperor manipulated the once loved Neymar…I mean, 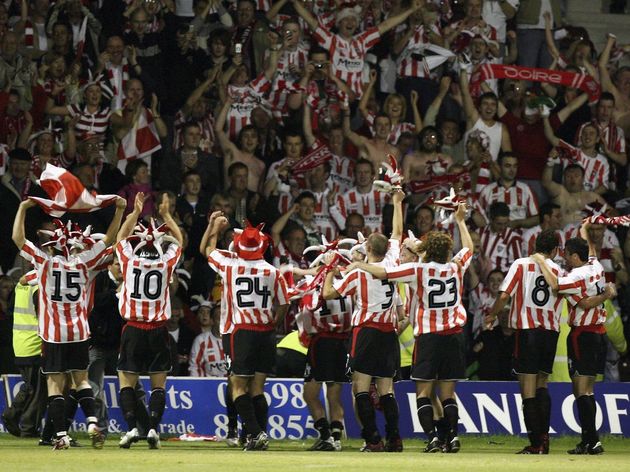 You’ve got Jack Gallagher to blame for this one, Star Wars fans…

Who does the coolest Star Wars character support? The coolest club in Ireland, that’s who!

With a similarly chequered past to Han Solo – Derry City were ousted from the Irish League in 1972 – the club were given a second chance to prove themselves in the 1980s, and did just that…just like Solo (see, it works).

Derry City would win a treble in 1989 and become one of the most successful clubs in the country’s history; Solo, on the other hand, would save the Galaxy.

Which is better? Who is to say! All we know is Han Solo is cool, and so are Derry City. Darth Vader is arguably the greatest villain ever created.

We never saw just how powerful he was, as his ‘glory days’ came before we saw him on our screens, but we didn’t need too as the Sith Lord had an aura that followed him everywhere he went.

Even after seeing better lightsaber skills and force powers from newer Star Wars characters, none of them have that fear factor that follows Darth Vader everywhere he goes.

But aside from being the one who everyone should be most scared of, it turns out in the grand scheme of things that Darth Vader isn’t really worthy of a place as one of the biggest and best around anymore.