A World Cup winner with France last summer, Umtiti had to miss close to five months earlier this season as he battled a knee problem. Even since recovering he has struggled to displace Clement Lenglet and could face further competition from potential signing Matthijs de Ligt. 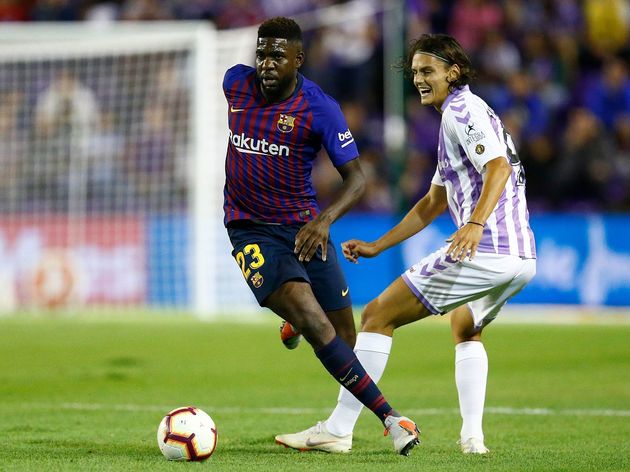 ‘Complicated situation’ forms part of a headline from Barcelona-based publication SPORT detailing the latest on this developing saga.

It is suggested that Umtiti is unhappy not being a regular starter. He is said to accept that he needs game time to return to full match sharpness after such a long layoff between late September and early February, yet that is unlikely to come in the remainder of this season.

The player himself is said to feel that he will return to top form given the chance. From that, one would infer that he wants to stay. But, for now, at least, he is not getting the chance he wants.

Hate to sound reactionary but Umtit’s level worries and saddens me. At this point I’d trust Vermaelen more. And still there are some that wouldn’t want De Ligt if it meant Umtiti left. It’s sad & unfair, but this is an elite club, Umtiti didn’t follow procedures when injured.

It is possible the relationship has soured as SPORT notes that Barça were not happy over the way Umtiti ‘flirted’ with Manchester United last summer prior to signing a new long-term contract. Before agreeing those new terms, his buyout clause was reported to be just €60m.

It is also explained that there was a disagreement between club and player about how his knee injury should have been treated. Barça staff were apparently advocates of surgery, but Umtiti resisted going under the knife. His recovery was therefore less invasive, but much longer.

That Umtiti is seemingly unhappy over his new role as a rotation player has also been tipped to cause problems if he makes his feelings known by ‘broadcasting’ it in the dressing room. Yet SPORT states that Barça do not actively wish to sell. That being said, the club apparently still expects to receive offers brought forward by the player’s camp if he decides he no longer wishes to be a part of the project and tries to force an exit.

It appears that any offer would have to be north of €70m. But, as things stand, SPORT suggests Barça have claimed there are not yet any suitors and everything is on hold until summer.