Jurgen Klopp’s side head to Russia in the Europa League boosted with a new sense of confidence, according to their Brazilian play-maker

Liverpool attacker Philippe Coutinho believes his team-mates are flushed with fresh confidence ahead of the Europa League Group B trip to Rubin Kazan.

The Brazil international felt the performance demonstrated the early fruits of working with former Borussia Dortmund coach Klopp on the training ground and warned there is plenty of improvement left to come ahead of Thursday’s clash.

Liverpool come into the game second in the group, four points behind Sion after drawing all three matches 1-1 so far. The hosts, meanwhile, sit bottom on two points. 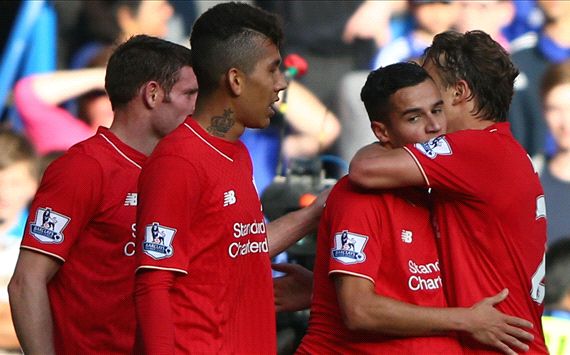 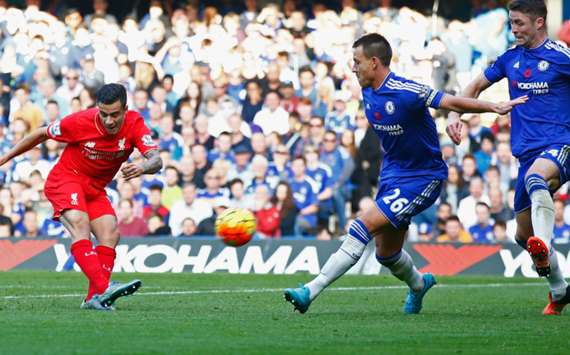 “I think everyone’s happy with the [Chelsea] result,” Coutinho told Liverpool’s official website. “We know the work is just beginning and we have to keep it up, but I think we’re on the right track.

“Of course, we’ve had a run without any wins, and everyone was focused on winning, which was important for us.

“Three points and against that opposition, it’s given a boost to our confidence and I hope we can now focus on each game and be successful.

“It’s a very important win, but at the same time we have to take the positives and negatives so we can improve and start thinking about the next game.

“We can’t spend too much time thinking about this one, we have an important game during the week, and I hope we can perform well again and win.”

Christian Benteke is expected to return to the Liverpool starting line-up after completing the scoring against Chelsea but it was Coutinho’s brace that stole the limelight after a period of indifferent form for the 23-year-old.

“For me, it was great,” he added. “I wasn’t playing so well and hadn’t scored for a while, so I was glad to score again and help the team.

“I hope [it can be a turning point for me], I hope so. Sometimes when you play things don’t always go well, but I always work hard.

“I’m always looking to improve and I hope from now on I’ll continue improving, not only me, but the team, which is the most important thing.”

Rubin were the visitors in Klopp’s first Anfield match at the helm two weeks ago and they led through Marko Devic’s 15th-minute opener.

But Oleg Kuzmin received a second yellow card for a foul on Emre Can, who equalised moments after that incident in the 36th minute.

Kuzmin must sit out the return clash as a result but both teams have no fresh injury concerns as they each chase their first win of the group stage.

Liverpool would achieve a feat accomplished by no other English club if they take any points from the match at the Kazan Arena, with Rubin boasting an unblemished home record against English opposition in UEFA competitions – chalking up wins over Chelsea, Tottenham and Wigan Athletic.