So, we all know Ronaldinho? The Brazilian guy? One of the most recognisable people in South America? Well, he has been arrested for using a fake passport pretending he’s Paraguayan.? Yep.

Since leaving AC Milan in 2010, Ronaldinho hasn’t exactly had things his own way. His playing career petered out in Brazil, while issues in his personal life have ensured he is never too far away from the headlines.

The latest issue for Ronaldinho, as noted by ?La Nación, is that he has been stopped by police for allegedly using a fake passport which claimed he was a native of Paraguay, which definitely isn’t the smartest thing for a global icon to do.

Both Ronaldinho and his brother, who also had false documents, have been detained, while police have also located the person who sold them the fake passports.

Now, I’m sure you’re wondering why he would do this. Well, the problem is that he doesn’t have a Brazilian passport these days, and he’s not legally allowed to own one until he pays a hefty fine.

You see, back in 2018, Ronaldinho was found guilty of illegally building a fishing platform on Lake

The Court of Justice of the State of Rio Grande do Sul ?confirmed that he had around $6.59 in his bank account, so his passport was seized and he was prevented from leaving Brazil.

The ?BBC reported just six months ago that while he’s being chased for the best part of £4m in fines, his net worth is estimated to be around £80-100m (which is loads). So

However, what makes this story even stranger is that he was still able to travel to certain countries. As a native of a 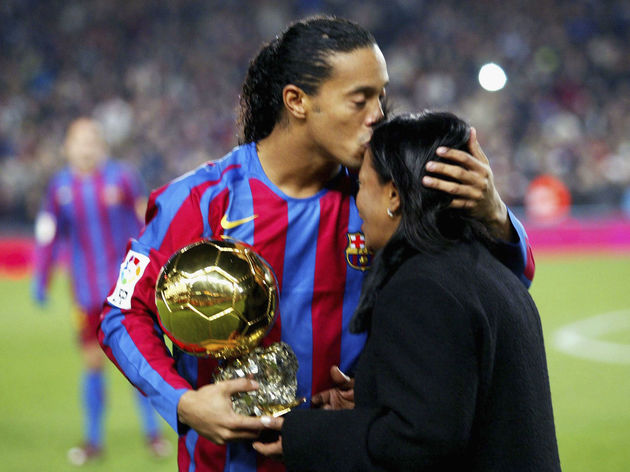