?Brazilian legend Rivaldo has stayed loyal to his international teammates by picking a fantasy five-a-side team made up entirely of Brazilian players, including himself.

Having been a part of some of the finest international sides in history, it should come as no surprise that Rivaldo has chosen some of his fellow Selecao icons.

Beginning in goal, Rivaldo opted to overlook the likes of Dida and ?Pepe Reina by picking Palmeiras icon Marcos, who was a vital part of Brazil’s 2002 World Cup squad.

In true Brazilian fashion, he then selected just one defender, settling on right-back Cafu as the man to anchor his fantasy side. The two played together for Brazil, but also for Palmeiras during the 1995/96 season. 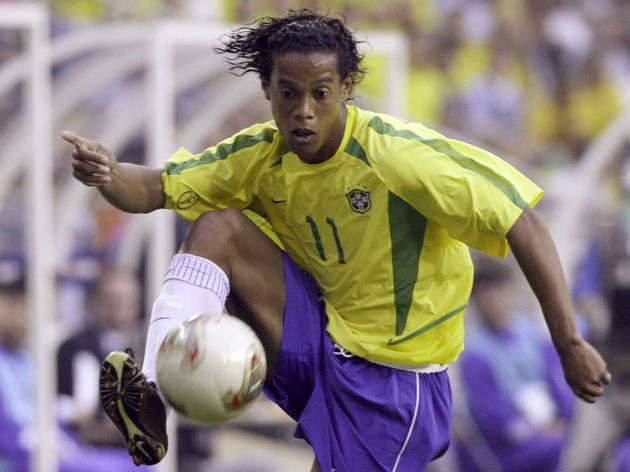 Joining Ronaldo in this frightening fantasy attack is Ronaldinho. The winger played his own part in that summer’s success, combining with Ronaldo to leave opponents in awe.

Finally, Rivaldo shows his confidence by naming himself as the fifth member of his fantasy side. It’s not hard to see why, as Rivaldo’s connection with both Ronaldo and Ronaldinho will go down as one of the most impressive trios of all time. It’s clear to see just how much of an impression the 2002 World Cup has left on Rivaldo, but that was by no means the only successful moment of his career. With Brazil, he had already lifted both the Confederations Cup and the Copa America, and even added the Ballon d’Or to his collection in 1999.

Not many five-a-side teams in the world would be able to hold a candle to Rivaldo’s dream lineup, so it’s a good thing that this is just fantasy.