Real Madrid host Barcelona in the 180th edition of El Clásico in La Liga this Sunday.

It has not been a vintage season for either side, with troubles (on and off the field) dominating the headlines in recent months.

Still, as is so often the case, the blockbuster fixture – which is likely to be viewed by as many as 650m worldwide – may well end up deciding this season’s title.

Here’s a combined XI of the two sides ahead of Sunday’s clash.

Marc-Andre ter Stegen (GK) – ?Barça’s saviour on more than a few occasions this season, the Germany international may not be able to dislodge Manuel Neuer at international level but only Lionel Messi is more important at the Camp Nou right now.

Dani Carvajal (RB) – While Barcelona continue to rotate Nelson Semedo and Sergi Roberto, Dani Carvajal remains a consistent presence in the Spanish capital – the Man City game aside – and has four La Liga assists. He has also made more tackles than any other ?Madrid defender (47). Ferland Mendy (LB) – With Jordi Alba unlikely to be fit, Mendy is a shoo-in for a combined XI. The pacy 24-year-old is fast establishing himself as Zinedine Zidane’s first choice as Marcelo’s begins to fade. His performance in the Madrid derby last month was a highlight of the season so far.

Sergio Ramos (CB) – No player has made more Clásico appearances than La Liga’s Big Bad/Superhero (depending on your personal bias). He’s set for his 44th outing against Barcelona as a Real Madrid player this weekend – but has only won 13. He also has five red cards in the fixture.

Raphael Varane (CB) – The 26-year-old Frenchman has a strong claim to defender of the year in Spain in 2019/20, leading the way for Madrid with both clearances and blocks in La Liga’s meanest defence. The World Cup winner completes an all-Madrid back four. 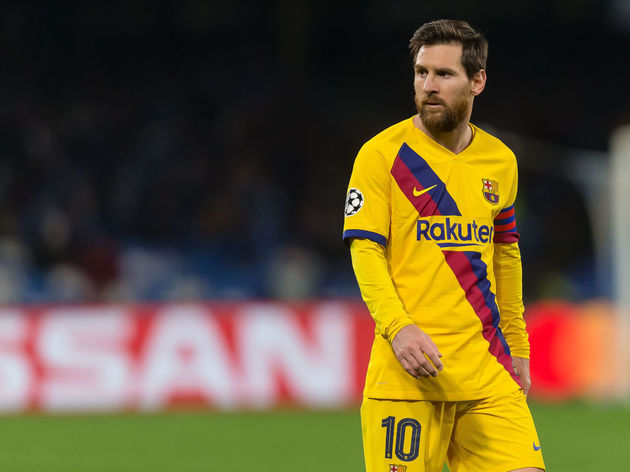 ?Lionel Messi (FW) – No player has scored more goals than Lionel Messi in Clásico history (26). However, he has not netted against Madrid in La Liga since May 2018 – sort of a goal drought by his own standards.

Antoine Griezmann (FW) – Like De Jong, it’s not been an easy first season for Griezmann after his long, long-awaited move. However, he now has two goals in his last three and is beginning to show his worth – with other attacking options limited at Camp Nou.