?Ernesto Valverde’s Barcelona travel to Real Betis looking to tighten their grip on the La Liga trophy with a fifth straight league win on Sunday.

The Catalan giants look like a team on a mission after hitting five against Olympique Lyonnais in the Champions League in midweek, but will have to be wary of a Betis side that produced the upset of the season with a famous 4-3 victory at Camp Nou back in November. Marc-Andre ter Stegen (GK) – Still only 26 years old, the German international has kept 11 La Liga clean sheets so far this season and is such an asset with his distribution.

Nelson Semedo (RB) – His pace offers a real attacking threat when the forwards play narrow and makes him a tricky defender to beat.

Gerard Pique (CB) – Still one of the best centre backs in Europe and has played every league game – only missed one Champions League game this season too.

Clement Lenglet (CB) – Signed from Betis’ arch rivals Sevilla in the summer, the 23-year-old Frenchman has made the most of Samuel Umtiti’s knee injury and has forged a good relationship with Pique. Will be desperate to impress after missing out to teammate Umtiti for Euro 2020 qualification.

Jordi Alba (LB) – His nine assists from left back show what a brilliant attacking threat he is. Adds a different dimension to their dynamic attacks and his overlapping runs have become a trademark.

Sergio Busquets (CDM) – Nicknamed the “Octopus of Badia” because he has a solution to every problem. Has made that pivot defensive midfield role his own and is key to his team’s build up play.

Arthur (CM) – Signed from Gremio, this young Brazilian has adapted to Spanish football superbly and his passing ability makes him the ideal fit for the 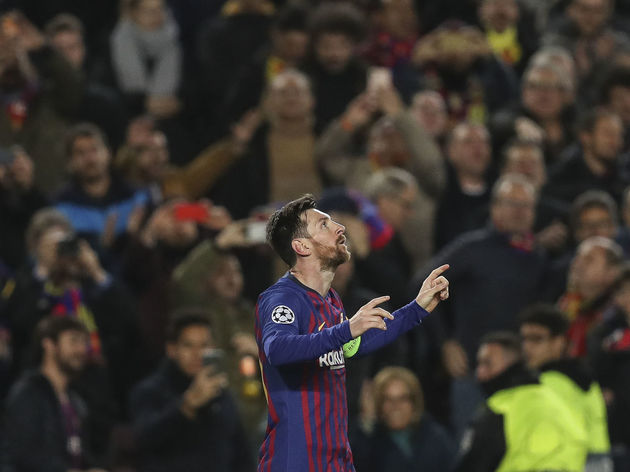 Lionel Messi (RW) – Scored a brace in midweek and bagged a double when these two sides last met in November. Already on 26 league goals and has 36 in all competitions – reaching the 30-goal milestone for the 11th consecutive season for the club.

Luis Suarez (ST) – A constant nuisance to defenders and possibly the deadliest finisher in world football given space. His impressive tally of 17 league goals puts him second behind Messi in the overall standings.

Philippe Coutinho (LW) – Hasn’t been able to replicate the form that secured him a £142m move from Liverpool in January last year. Has played in 25 league games this season but, with only four goals and two assists, needs to contribute more to cement his place in the side.