A Lionel Messi hat-trick helped ?Barcelona move ten points clear of the La Liga chasing pack after a convincing and ruthless display over Real Betis at the

Despite a positive start from the hosts, it was the league leaders who struck first when Messi found the top corner with a stunning 20-yard free kick in the 18th minute. 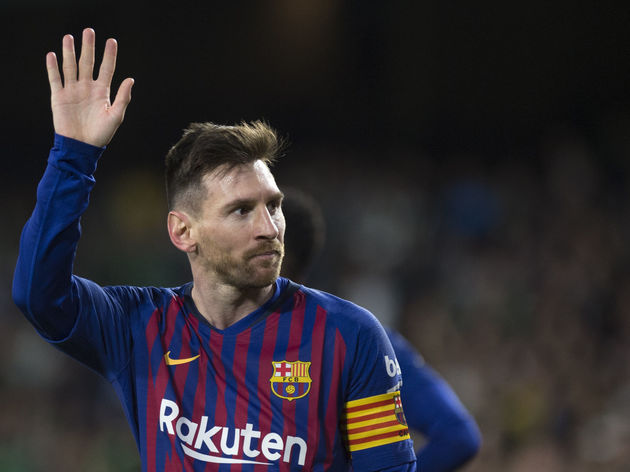 Betis refused to give up on their principles of passing football following Messi’s goal, and they created a number of chances, but

?Suarez missed several clear chances in the second half, but his wonderful run and emphatic finish in the 63rd minute ended any hopes of a comeback.

Betis substitute Loren Moron pulled one back for his side, before Messi’s unbelievable first time chip completed the Argentine’s hat-trick, even drawing applause from the home crowd for his magnificent performance.

Following Atletico Madrid’s defeat at Athletic Bilbao the previous evening, the door was open for

?Barcelona’s passing game, it would be Betis. The home side made life difficult for Barca at times, but always looked at risk when trying to build from the back. 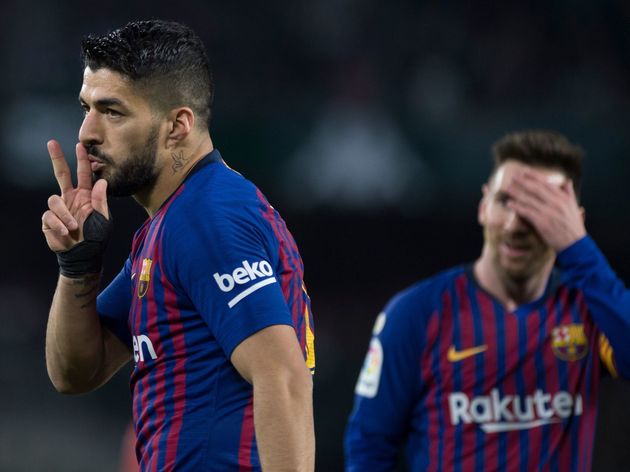 Ernesto Valverde will have been incredibly pleased with the speed in which Barca hit their opponents on the counter attack, but just like against Lyon in the week, this was the Messi show.

When a set of fans feel they have no choice but to applaud the performance an opposition player, you know you are witnessing a special individual

The 31-year-old put in yet another sensational display to claim his 33rd La Liga hat-trick, including a world-class free kick and majestic first time chip with the goalkeeper essentially on his line.

With the La Liga title race essentially over, the rest of Europe needs to take notice that the icon is on top form right now, something that will certainly concern those of a Manchester United persuasion, with the Champions League quarter final coming up.

A breathtaking performance once again from a man we have run out of superlatives for.

Following next weekend’s international break, Barcelona will face a local derby against Espanyol at Camp Nou. This will precede a visit to Villarreal, before the big game against their closest title rivals Atletico Madrid on April 6 at home.

Real Betis will continue their push for European football when they travel to relegation threatened Rayo Vallecano in two weeks’ time, before facing a visit to mid-table Real Sociedad.