Paris Saint-Germain have confirmed that Neymar has not returned to the French capital for pre-season training, amid intense speculation he is looking to leave the club.

Noises have been made for most of the summer that Neymar is desperate to return to former club ?Barcelona – with suggestions being that he’ll even take a pay cut to make it happen – with his world record move being reflected upon in the football world as a failure.

Catalan daily ?Sport earlier on Monday published a piece suggesting the Brazilian had already “mentally moved on” from his stage in Paris, and that he was determined not to set foot in the club’s training facility again. The report continues with a suggestion that he has advised Barcelona to “hurry up” and sign him.

It seems the report is not too far off the mark, given PSG have confirmed the 27-year-old has not rejoined his teammates this week. They confirm he was summoned for the recommencement of pre-season training but that he has not shown up – against the club’s wishes. The French champions have confirmed they will take the necessary disciplinary actions. 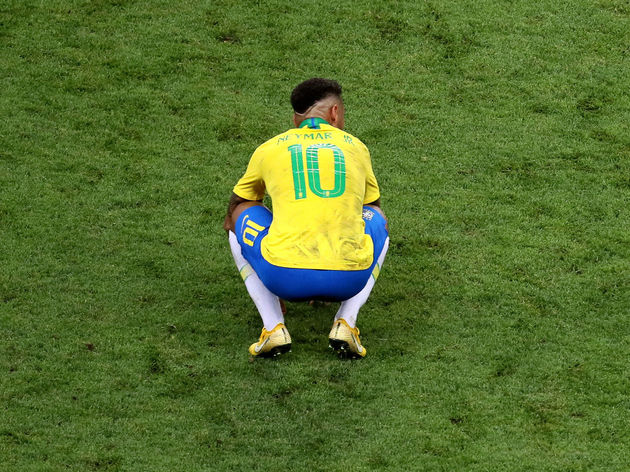 “Paris Saint-Germain found that the player Neymar Jr did not show up at the agreed time and place, without having been authorised by the Club in advance.

“Paris Saint-Germain deplores this situation and will take the appropriate measures resulting from it.”

However, Neymar’s father, Neymar Sr, has added further intrigue to the developing drama, telling FOX Brasil that the club knew his son would be back in Paris at a later date.

Breaking | Neymar Sr to FOX Brazil: “PSG knew that… [his son] would not return to Paris until July 15th.”

??“The reason is known, scheduled a year ago with the annual schedule of Instituto Projeto Neymar. We could not change, and the presentation will be on the 15th. It is that simple… no controversy, and PSG is informed.”