Paris Saint-Germain chairman Nasser Al-Khelaifi has lost his patience with Neymar’s on-going attempts to leave the club, ‘threatening’ the Brazilian with solo training sessions and telling him he won’t play again until 2022.

Neymar has garnered plenty of attention this summer, thanks to his desire to engineer a return to Barcelona. Following controversial ?comments by Neymar regarding the 6-1 victory over PSG while he was at Barça, the chairman is said to have lost it. 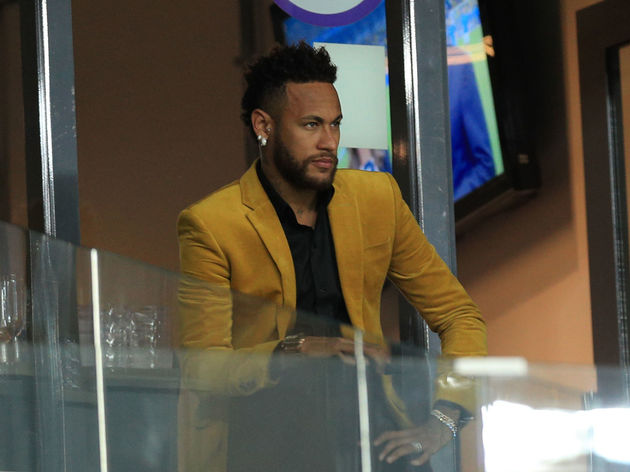 According to a report from El Pais, al-Khelaifi threatened the 26-year-old with solo training sessions at Paris, as well as no football until his contract expired in 2022.

Neymaris yet to return to the Ligue 1 champions scheduled pre-season training sessions, which began last Monday, after remaining in Brazil to work on his NJR Institute project in Sao Paulo, for which the club have opened disciplinary proceedings against him.

In response, the forward has claimed that former sporting director Antero Henrique granted him permission to miss the first week of training before his departure.

In any case, the Brazilian has not helped himself in recent times, after telling reporters his favourite footballing moment of his career so far is Barca’s against-the-odds comeback against PSG in the Champions League.

Neymar has told PSG he wants to leave, but with Barca having already bought Griezmann, will they go for the Brazilian as well? ? https://t.co/n3pmHLgpB1

The player declared: “My best memory as a footballer? When we won against PSG with Barcelona. What we felt when we scored the sixth goal I never felt something like this, it was incredible.”

During this time of unrest, the club’s chairman sent several intermediaries, including sporting director Leonardo, to the player and his father, systematically increasing the tone of his threats with each meeting.

Neymar has since returned to France, although only to meet with the club once more, in which he is reported to have told the hierarchy he wishes to leave, before – in a move that fulfilled half of Al-Khelaifi’s threats – training alone in the gym.