Man, there are so many interesting narratives to get behind this weekend.

Everton vs Arsenal. Duncan Ferguson against Freddie Ljungberg with Mikel Arteta watching on in the stands.

Tottenham vs Chelsea. Jose Mourinho’s in-form Spurs against his former Blues, who have struggled in recent weeks.

Yep, it’s going to be MASSIVE.

So, you’re probably wondering what we here at 90min make of all of it, right? Thought so. Here’s a bunch of predictions. Go figure. With Duncan Ferguson and Freddie Ljungberg set to take interim charge of the clubs they hold close to their hearts for the final time, I hope everyone’s ready for a complete festival of ‘ah screw it, it’s Christmas’ football’.

Two sets of bad defences squaring up knowing this is the first chance to impress their onlooking new bosses, prepare yourselves for a whole lot of stinking players trying to act natural and completely buggering up in the process.

Not saying this is going to be a gung-ho classic, but it won’t be 0-0 either (famous last words). Given that Bayern are a bit hard to predict at the moment, it’s surprising in turn that every member of the 90min editorial team has gone with a relatively win for the Bundesliga champions when they take on Wolfsburg on Saturday.

And to be fair, they can be as tinpot in defence as they like so long as Bobby Lewandowski’s up front – he’s in great form, if you weren’t otherwise aware. ?Barcelona ought to be really angry in their clash against Alaves, given how poor they were against Real Madrid in the Clasico on Wednesday.

Alaves may be surprisingly stingy for a team sat 14th in La Liga – letting in 24 goals in 17 games – they should be breached on multiple occasions. Mark my words: Leicester are going to beat ?Manchester City on Saturday.

I don’t care that six of the eight editors have gone with Pep Guardiola’s side to win. Leicester have been better this season and they’re gonna do it.

Jimmy V to score all the goes, both for Leicester and against. Put yourself in Flamengo’s shoes. Your season started 11 months ago, you’ve played 73 (!) games, you’re out in Qatar, you’re definitely knackered and now you have to face the side who are absolutely walking the ‘best league in the world’, after winning the most prestigious continental championship.

Would you even bother turning up? It’s Christmas, for crying out loud. 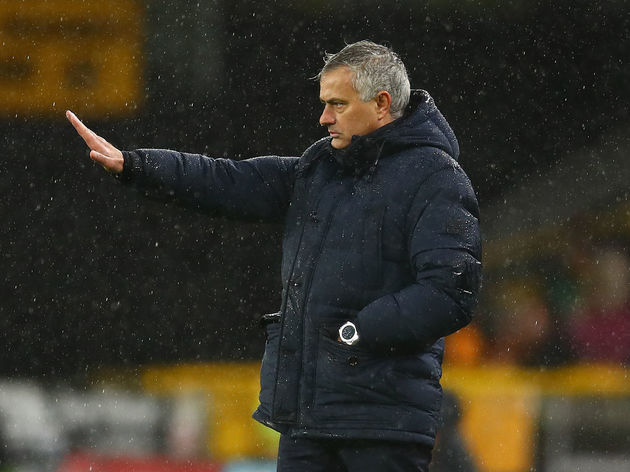 Mourinho vs Lampard, master vs apprentice. Who shall come out on top?!?!?! Well, in this case, all signs point to the master. ?Chelsea have been – frankly – terrible in recent weeks and have paid for their downturn in form with defeats against West Ham, Everton (!) and Bournemouth.

Hardly a great time to play a resurgent ?Tottenham side away from home. Expect Spurs to be unbelievably, incredibly up for it – something similar to the encounter at Wembley last season. Anything other than a defeat would be an early Christmas present for Blues fans, one they would gladly accept. Real Madrid are heavy favourites heading into their clash with Athletic Club at the Santiago Bernabeu, and for good reason too.

Los Blancos are unbeaten in eight home La Liga games this season (winning six), while Athletic – who have lost just four times this season – don’t seem to be able to win on the road, scooping just one victory in eight.

So Zinedine Zidane will have every confidence that his side, spearheaded by the continually impressive Karim Benzema, can nab all three points. He will, however, know that Athletic will be a tough nut to crack, as they’ve conceded just 12 league goals all season. But Real have scored 33 times, and you can be sure that will be added to here.