Ranked third in the world by FIFA and recent SheBelieves Cup champions, the Lionesses head to France as one of the favourites to lift the trophy.

Here’s a look at the 23 individuals who are likely to be in that final squad, as well a handful of players on the fringes who could still be in with a chance of making it. Carly Telford (Chelsea): Only lost the opportunity to further challenge Bardsley this month after withdrawing from the squad with concussion prior to facing Spain. (Pictured)

Mary Earps (Wolfsburg) – The former WSL Team of the Year goalkeeper is likely to get the nod as number three ahead of less experienced teenager Ellie Roebuck. Lucy Bronze (Lyon) – Now plying her trade in France at club level, England’s star right-back is firmly among the best players in the world after a breakout World Cup in 2015. (Pictured)

Steph Houghton (Man City) – Minor recent injuries won’t keep the captain out of action. She will be a leader in both penalty areas and is a serious goal threat.

Millie Bright (Chelsea) – Back in the fold in April after missing the SheBelieves Cup through injury and could even start in the heart of defence alongside Houghton.

Abbie McManus (Man City) – A key player at club level for Manchester City where she regularly partners Houghton. That familiarity could be crucial in the starter battle with Bright.

Alex Greenwood (Man Utd) – Set to be the sole Manchester United player in the squad after dropping into the second tier to lead the new club’s promotion charge this season. (Pictured) 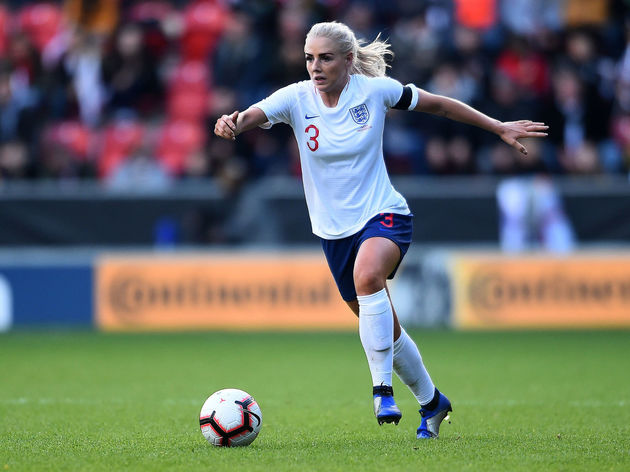 Leah son (Arsenal) – Set for a first major international tournament at senior level after being a regular feature of recent Lionesses squads. Will be a back-up player in France.

Rachel Daly (Houston Dash) – Capable of playing virtually anywhere on the pitch, she will be an important squad asset, especially if Bronze moves into midfield again.

Demi Stokes (Man City) – Has played 50 times for England since making her senior debut in 2014 and was a surprise omission from the World Cup squad last time around. Keira Walsh (Man City) – Has become a key England player and midfield linchpin over the last few months, despite only recently celebrating her 22nd birthday. (Pictured)

Karen Carney (Chelsea) – Made her tournament debut for England as a 17-year-old way back in 2005 and continues to be an important player for club and country.

Jade Moore (Reading) – Forced to miss the SheBelieves Cup though injury but was back in the squad for the Canada and Spain friendlies, creating the opening goal in the latter. Jill Scott (Man City) – Not necessarily a regular starter for the Lionesses, the veteran has more experience than most but might be under pressure if Izzy Christiansen returns to fitness.

Lucy Staniforth (Birmingham) – Deserving of a place, but another who may be under pressure if Christiansen can prove her fitness earlier than expected after undergoing ankle surgery. Nikita Parris (Man City) – 18 WSL goals and counting this season would have been a new league record had it not been for the even more prolific Dutch star Vivianne Miedema.

Fran Kirby (Chelsea) – Sat out the Canada and Spain games this month in order to manage her fitness after suffering from knee pain. Will be England’s chief creative force in France. (Pictured)

Ellen White (Birmingham) – Seemingly a firm favourite of Neville and a player who can always be relied on to give her all and perhaps score a crucial goal.

Beth Mead (Arsenal) – An increasingly important player in England’s attacking ranks after a flurry of recent international goals and a very strong season at club level for Arsenal. (Pictured) Toni Duggan (Barcelona) – Set for a first international tournament since moving overseas to play club football for Barcelona. Arguably a more rounded player as a result.

England will play two final warm up friendlies against Denmark (25 May) and New Zealand (1 June) – both games are to be broadcast live on BBC television – before kicking off their World Cup campaign for real against neighbours Scotland in Nice on 9 June.