Following an important win over Inter in the Champions League in midweek, Barcelona return to action in La Liga where they will be taking on Sevilla.

La Blaugrana have made an underwhelming start to the new campaign, having already suffered two defeats and, as a result, currently find themselves fourth in the table.

The last clash between the two in the league was a gripping one, with the score ending 4-2 in favour of Ernesto Valverde’s men on that occasion – a certain Lionel Messi popping up with a hat-trick to help see his team over the line. Marc-Andre Ter Stegen (GK) – Although there is a growing dispute over Ter Stegen’s role in the Germany national team, there are no such issues when it comes to his role at his club. The shot-stopper has been in inspired form this season once again and will be looking to pick up a clean sheet in the final match before the international break. As a result of his fine form, the ‘keeper will have the chance to impress his national coach, with Joachim Low confirming that he will start his country’s match against Argentina.

Sergi Roberto (RB) – Sergi Roberto fell down the pecking order under Valverde this season, with Nelson Semedo appearing to be the coach’s first choice. However, the injury to Jordi Alba has paved the way for Roberto to gain some valuable minutes. And the 27-year-old’s experience and reading of the game will be crucial in the upcoming clash with Sevilla.

Gerard Pique (CB) – A fixture in the side. Pique is one of the best defenders of this generation and although ?there has been some friction between himself and the board of directors, it appears as though this is now past them. To that end, his role in the team cannot be understated and he will have to be at his best on Sunday evening.

Jean-Clair Todibo (CB) – With Clement Lenglet getting sent off in the last game, and Samuel Umtiti still injured, Todibo could be set to make his second appearance of the season in La Liga. Sunday’s match is an opportunity for the 19-year-old to showcase his talent once more and prove that he is worthy of greater game time.

Nelson Semedo (LB) – Summer signing Junior Firpo was the obvious choice to fill the void left by the injured Jordi Alba, but he is yet to fully settle at his new home. Valverde appears to trust Semedo more at this moment in time, despite the defender considering himself as a right-back. Nonetheless, Valverde won’t have to make a decision for the upcoming clash, as Junior has been ruled out. 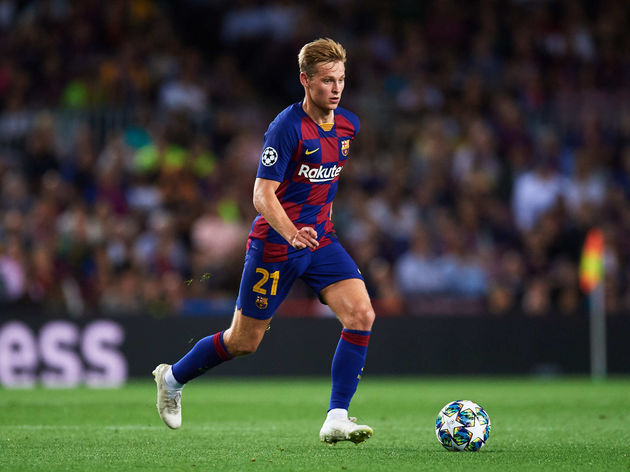 Sergio Busquets (CM) – Some have questioned whether Busquets is able to influence a game as much as he once did, but there is no denying his continued importance to the squad. The 31-year-old is a leader in the dressing room and although he was replaced by Arturo Vidal in midweek, we expect him to retain his place in the team as La Blaugrana are sure to need his services in a crunch clash.

Frenkie de Jong (CM) – Frenkie de Jong has wasted no time whatsoever in settling into life at Barcelona, dictating the midfield with consummate ease. The 22-year-old has featured in every game for the Spanish giants this term and has even chipped in with a goal, reaffirming his importance to the team.

Arthur (CM) – Arthur is creative and direct in his play, with his stats this term backing this up. Two goals and one assist from four appearances in La Liga is an impressive return for a central midfielder and Valverde will be hoping he can maintain this form throughout the season. 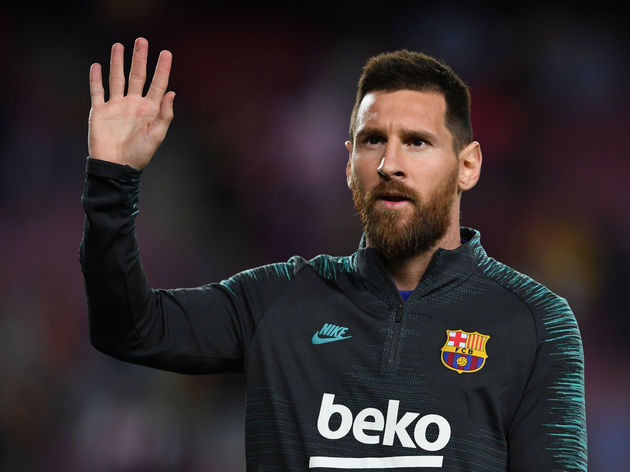 Lionel Messi (RW) – One of the GOAT’s of the game. The Argentine proved his fitness in midweek and finally appears to be over his injury troubles, which will come as a huge relief to Valverde. To put it simply, if ?Messi is fit, he plays. He showcased his sheer magic in the win over Inter, helping spur his team on with his intricate ball control and precise passing.

Antoine Griezmann (LW) – Griezmann has shown his quality sporadically this season, but fans are waiting to see the Frenchman put in more consistent displays. With Messi back from injury, there is a hope that the front three will be able to forge an understanding of each others games that will propel La Blaugrana to the title.

Luis Suarez (ST) – ?Suarez has faced a lot of criticism this season, with the footballing world scrutinising his sub-par performances. However, the striker was anything but on Wednesday, bagging two world-class goals to rescue his side. He will be full of confidence and that spells trouble for Sevilla.