?Philippe Coutinho has been tipped to leave Barcelona in the summer as the club begin their inquest into the failings behind their Champions League defeat to Liverpool.

Manager Ernesto Valverde has also come under immediate criticism after seeing his side once again fold in a Champions League knockout tie away from home, having done so against Roma in last season’s quarter finals.

Coutinho’s fate at Camp Nou has looked increasingly bleak, as a poor season for the club has seen him heavily scrutinised by ?Barcelona fans after failing to justify his £142m price tag.

Following another limp display against former club ?Liverpool, a source close to ESPN has claimed the Brazilian is set to become the first casualty of their crumbling defeat.

“Coutinho is not a Barcelona player, that’s been made clear,” a Barcelona source told ?ESPN. “He has added nothing. He will leave in the summer.”

3 – On only three previous occasions has a team been eliminated from a @ChampionsLeague KO tie having won the first leg by three or more goals, with the last occasion being Barcelona vs Roma in last season’s quarter-final (4-1 first leg, 0-3 second leg). Respect pic.twitter.com/HN3UAf302r

The damning verdict on the 26-year-old’s time in Catalonia is just one of many issues that are set to be discussed by the ?La Liga champions. The Blaugrana hierarchy are also considering the position of Valverde, who, despite domestic success, has failed to provide a ?Champions League triumph since taking the reins in 2017. 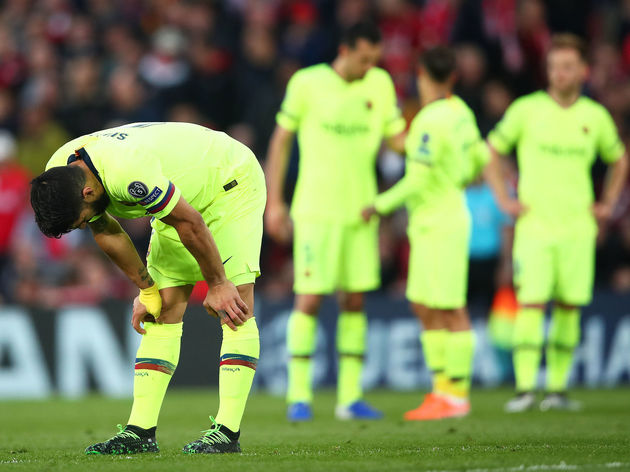 “There will be time for a deep reflection and to give explanations,” he said, via the same ESPN report.