?Manchester City manager Pep Guardiola has backed Barcelona coach Ernesto Valverde to succeed amid uncertainty over his future at the club.

Barca were knocked out of the Champions League by Liverpool in the semi final stage after winning the first leg 3-0 and also lost the Copa del Rey final to Valencia, but did win the La Liga title by a comfortable 11-point margin. 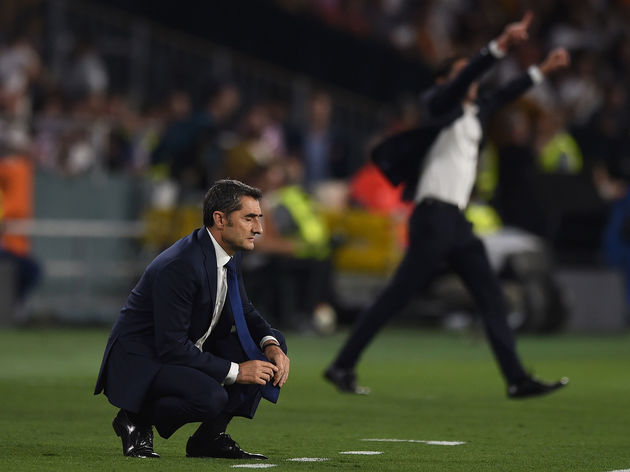 Guardiola spent four years in charge of the Catalan giants, winning 179 of his 247 games in charge and believes ?Barca will continue to succeed with Valverde at the helm.

The former ?Bayern Munich manager said, as quoted by ?Marca, stating: “Away from the great friendship that we have, Ernesto is spectacular.

“He’s done a very good job. Sure he lost the Champions League, we all did. [He’s the manager of] a team that has won two leagues in a row and plays good football, I’m happy that he’s staying.

“Barcelona continue being loyal to his style.”

The ?City manager also defended Valverde over Barca’s loss to Liverpool in the Champions League semi final. Barcelona gave away a 3-0 lead to lose 4-3 on aggregate and Guardiola said the standard between the two teams was incredible.

He added: “Barcelona and Liverpool are [both] very good teams. When the standard is so high, if one team has a bad game, that’s when you lose.” Guardiola then gave his thoughts on the Reds and his other rivals in the Premier League, adding: “We have an amazing rivalry, but not only with [Liverpool], there are five other strong teams and that’s why the Premier League is so tough.

“Next season we will start from zero and we’ll see what happens.”